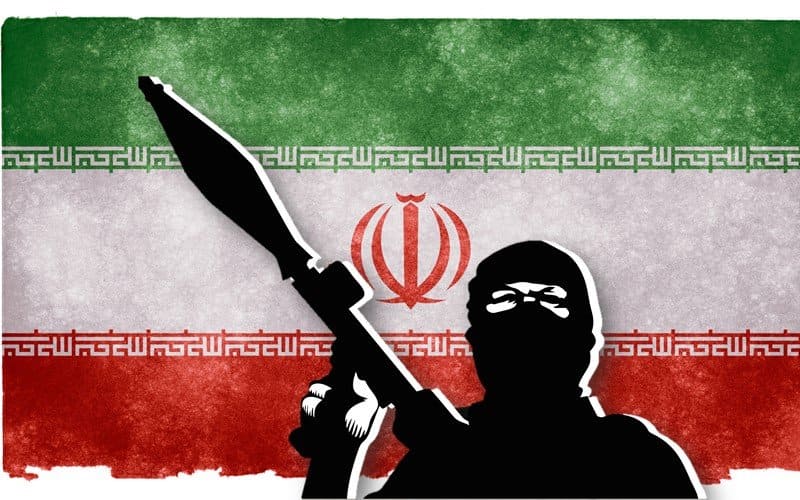 The Belgian parliament is set to consider a bill regularizing prisoners swap between the country and several others, including Iran. This treaty could result in the release of diplomat-terrorist Assadollah Assadi, currently serving a 20-year term in prison in Belgium.

Initially signed in March 2021, this treaty underlines that criminals arrested in either Belgium or Iran should return to their country of origin for punishment.  Once ratified, this so-called “humanitarian plan” will result in the repatriation of Iran’s incarcerated  Assadi.

Assadi masterminded a foiled terrorist plot against the Iranian Resistance “Free Iran” gathering in Paris in June 2018. He used his diplomatic status to transfer 500 grams of the deadly explosive TAPT, using a commercial airline to Austria, where he managed Tehran’s extensive network of terrorism and espionage across Europe as the third secretary of the regime’s embassy in Vienna.

Assadi and his three operatives were arrested before implementing their sinister plan. Assadi was later sentenced to 20 years in prison. In May 2022, the Antwerp Court of Appeals in Belgium rejected the appeal of Assadi’s operatives, Nasimeh Naami, Amir Saadouni, and Mehrdad Arefani. Sadouni and Naami were sentenced to 18 years in prison, and Arefani received 17 years.

During the trial, Belgian explosive experts testified that there would have been thousands of casualties had the bomb detonated.

The undeniable evidence revealed in court removes any doubt about the Iranian regime’s involvement in this terrorist attack, targeting a rally with over 100,000 Iranian expatriates and freedom-loving people from other countries, along with hundreds of lawmakers, current and former officials, and dignitaries from both sides of the Atlantic and beyond.

Thus, freeing Assadi would only serve as a green light to the world’s godfather of terrorism in Tehran to carry out operations across Europe against Iranian dissidents.

It is naïve to think the Belgian government is unaware of the dangerous repercussions of this ill-advised treaty. As time goes by, it is revealed that this disgraceful agreement is but the tip of an iceberg.

On July 1, Radio France International (RFI) Persian-language website in this regard wrote: “This treaty seems to result in releasing one or several dual-nationals and French hostages in Iran. But beyond this deal, the Europeans are trying to facilitate profiting from Iran’s oil and gas.”

As the war in Ukraine and the EU’s muddy relations with Russia have resulted in rising fuel prices, European governments are hungering for Iran’s gas and oil resources.

“When it comes to their vital interests, Europeans have no shame in abandoning the moral and legal principles. They are experts in using the so-called ‘realistic policy,’” RFI wrote in this regard.

As it faces more domestic challenges and international pressure, Tehran does not shy away from any measures to counter its organized opposition, the People’s Mojahedin Organization of Iran (PMOI/MEK).  The 2018 foiled bombing was also Tehran’s furious reaction to the MEK’s role in organizing large-scale protests in 2018.

“Since 2021, we started comprehensive and good cooperation with the foreign ministry to put pressure on the countries’ hosting the [Iranian Resistance]. In every meeting with the European delegations or ambassadors, we speak about the MEK,” said Kazem Gharib Abadi, the international deputy of Iran’s judiciary, on June 25, according to the state-run Mizan news agency.

Apparently, the disgraceful deal between European countries and Tehran is part of the regime’s “comprehensive plan” against its organized opposition. A couple of days after, Ismail Khatib, the regime’s Minister of Intelligence, revealed another part of Tehran’s “strategy.”

“The MEK’s terrorists should know they can’t escape [the regime’s] revenge,” Khatib said on June 27, according to the official IRIB news website.

While the Belgian government tries to present the treaty with Iran’s ruling theocracy as benign and humanitarian legislation that helps foreign inmates, it is deliberately turning a blind eye to the regime’s terrorism.

Sending Assadi and his three accomplices to Iran to serve the rest of their sentence in an Iranian prison is indeed absurd and is like asking an arsonist to put out the arson. In this case, the latter is more probable than hoping a regime that appoints a criminal such as Ebrahim Raisi as president to prosecute Assadi, who was acting on orders by the regime’s top officials in the first place.

Adopting this treaty and releasing Assadi is a license to kill for the regime’s terrorists, as they easily target foreign nationals and Iranian dissidents with impunity.

Late Martin Luther King Jr. once said: “Injustice anywhere is a threat to justice everywhere.” This mockery of Belgian’s Judiciary and disregarding the meticulous efforts of many European security services sets a dangerous precedent, prompting other European countries to follow Belgian’s lead. This means allowing Tehran to enjoy complete impunity across Europe, as it does inside Iran.