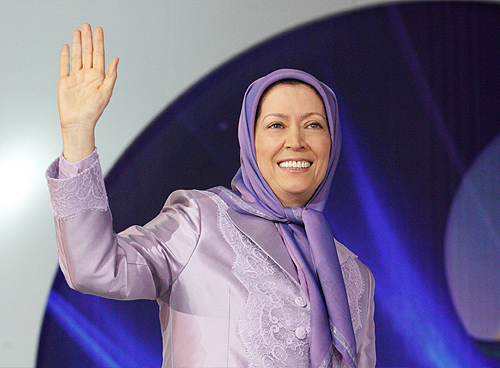 NCRI – Recent speeches by Iranian opposition leader Mrs. Maryam Rajavi to international Parliamentary bodies on the threats posed by Islamic fundamentalists and the solutions to the crises in the Middle East have been published in a new book.

The English website of Mrs. Maryam Rajavi, President-elect of the National Council of Resistance of Iran (NCRI), has published the new book.

The main democratic Iranian opposition group People’s Mojahedin Organization of Iran (PMOI, or MEK) has been a pivotal force for the past 50 years in the struggle against fundamentalist interpretation of Islam. The PMOI’s comprehensive interpretation of Islam has proven to be more persuasive and appealing to the young generation.

Iranian Resistance’s President-elect Maryam Rajavi on January 26, 2015 delivered a speech entitled “The Strategy of Defeat and Victory over Islamic Fundamentalism” at a conference in the Parliamentary Assembly of the Council of Europe (PACE) on the “Crisis of Terrorism and Extremism.”
On April 29, 2015, Maryam Rajavi testified before the U.S. House of Representatives Foreign Affairs Committee’s subcommittee on terrorism, non-proliferation and trade via video-link. The complete text of Maryam Rajavi’s testimony was subsequently published on the Congressional website.

In a conference at the French Senate on May 5, 2015, Maryam Rajavi delivered a speech entitled “Islamic Fundamentalism from Middle East to Europe, Challenges and Solutions” and spelled out the Iranian Resistance’s positions on the Iranian regime’s warmongering in the Middle East and its nuclear project.