Written by Shamsi Saadati
8th May 2019 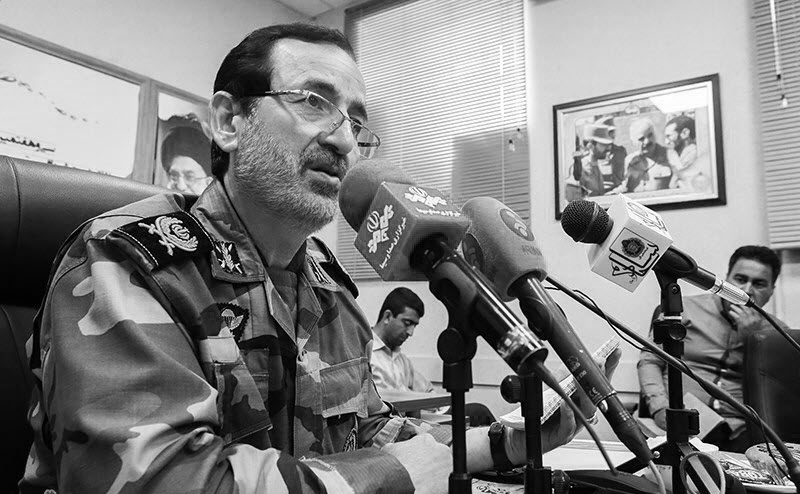 A top General in the Iranian regime’s Armed Forces has expressed grave concern over the reach of the People’s Mojahedin of Organization of Iran (Mujahedin-e Khalq or MEK) over young Iranians online.

General Ibrahim Golfam, Cultural Deputy at the Joint Chiefs of the regime’s Armed Forces, expressed concern on Monday over Iranian youths welcoming the ideas and beliefs of the PMOI (MEK) on the internet, and especially through social media platforms.

“The [PMOI/MEK], stationed in the capital of a European country, are busy night and day creating an atmosphere against the Islamic Republic on Twitter, Instagram and Telegram,” he said.

In a speech in Yasuj, southern Iran, Golfam urged the regime’s forces to heed the solutions provided by the regime’s Supreme Leader Ali Khamenei in adopting “battle formation.”

“This battle formation is also needed in the fields of economics, culture and soft [cyber] war,” he explained.

“There are some behavior seen on the internet that need our attention. It is not right for anyone to say anything they wish,” he complained.

Dezhkam called for a more active presence by the regime’s oppressive entities on the internet to impose censorship and filtering on social media platforms.

“This is a direction that needs to be taken by FATA (Iran’s internet police) and finally the judiciary. Both of these entities need to be involved and there needs to be some control mechanisms from our part.”