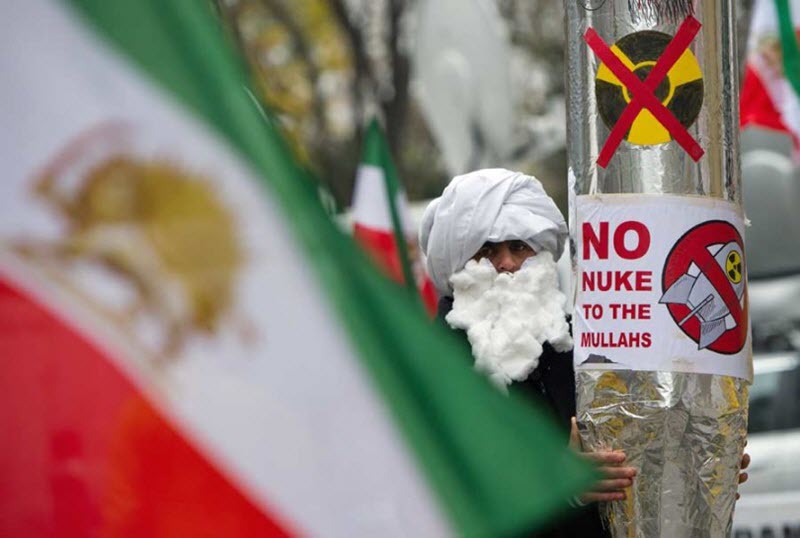 Europe would be forced to reinstate sanctions on Iran if the mullahs renege on any part of the nuclear deal, according to a French presidency source on Tuesday.

The source, who did not wish to be identified, is referring to an announcement made by Iran state media on Monday that Iran Regime will restart sectors of its nuclear program in response to the US withdrawal from the 2015 nuclear deal between Iran and six world powers last May.

The source said: “We do not want Tehran to announce [actions] that would violate the nuclear agreement because in this case we Europeans would be obliged to reimpose sanctions as per the terms of the agreement. We don’t want that and we hope that the Iranians will not make this decision.”

The media report was echoed by the Iranian Foreign Ministry, which said on Wednesday: “The decision of the high-security council to ‘stop acting on some of the Islamic Republic of Iran’s commitments under the (nuclear deal)’ was communicated to the heads of state of the countries still party to the deal — Britain, China, France, Germany and Russia.”

At present, France, Germany and Britain, along with Russia and China, are still party to the nuclear deal and have not imposed sanctions on Iran, although given the reach of US sanctions; Iran has greatly suffered anyway with a loss of international business.

The European nations have repeatedly warned Iran to comply with all aspects of the deal, especially those related to nuclear activity. They have also promised to create a financial mechanism to allow Iran to evade US sanctions, but only if Iran passes financial transparency legislation.

The French source said: “We sent messages to Tehran to say that we were determined to implement the agreement, that we really wanted them to stay in this agreement even though we took into account the complexity of the situation and passed on the same messages to our American allies.”

They continued: “Depending on what is in the statement from Tehran, at this stage what we’re expecting is a collective European reaction but as we do not yet know exactly what will be in it, we are preparing for different eventualities.”

In addition to withdrawing from the nuclear deal, the Trump administration has also designated the Iranian Revolutionary Guards Corps as a terrorist group and sents a carrier strike group and a bomber task force to the Middle East in response to threats from Iran, according to US national security adviser John Bolton and Acting US Defense Secretary Patrick Shanahan.