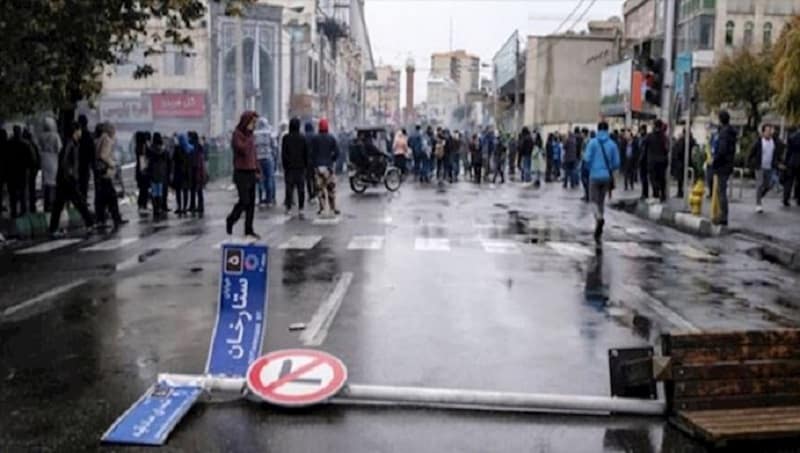 With the growing social dissent in Iran and as the mullahs’ 40-years of oppression and wrong economic policies have turned society into a powder keg ready to explode, state-run media warn officials and rival factions of the regime’s real enemy, the People’s Mojahedin Organization of Iran (PMOI/MEK).

Due to the regime’s wrong policies, the social dissent and ongoing protests, coupled with the regime’s international isolation, have intensified the mullahs’ infightings ahead of the sham presidential elections in June 2021. 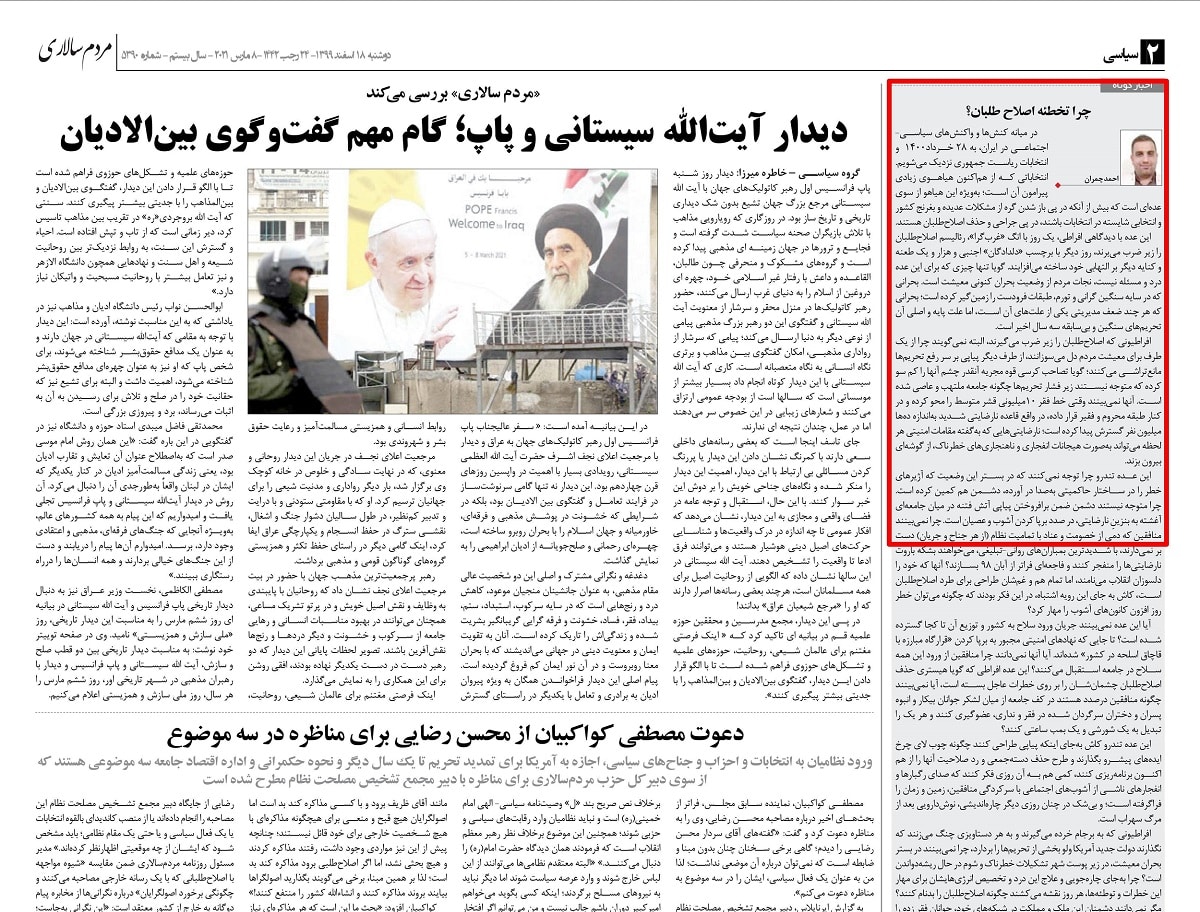 “Don’t the [rival faction] see that the poverty line of 10 million tomans has erased the middle class and placed it next to the deprived and poor class?  In fact, the rule of extreme dissatisfaction has spread to tens of millions. Dissatisfaction, according to security officials, can erupt at any moment in the form of explosive excitement and dangerous [protests],” wrote the state-run Mardom Salari daily on Monday.

“Why do hardliners not pay attention that amid this dangerous situation, which has raised the alarm for the [entire] system, the enemy is lurking. Why do they not realize that the enemy, while fanning the flames of sedition in a community soaked with the fuel of discontent, is trying to create unrest and rebellion? Why don’t they see that the MEK, which does not give up a breath of hostility and stubbornness with the entire system from any faction, wants to blow up the powder keg of social dissent with the heaviest psychological-propaganda bombardment and create a catastrophe beyond November 2019?” Mardom Salari’s article adds while describing the Iranian people’s nationwide uprising in November 2019, which rattled the regime’s foundation as ‘sedition.’

The regime tries to deceive people as if there are fair elections in Iran. Meanwhile, people vigorously rejected both so-called “reformist” and “hardliner” factions during the previous major Iran protests by chanting “reformists, hardliners, the game is over.” The national boycott of the regime’s sham parliamentary elections is also a testament to the fact that people do not want this regime.

The MEK’s Resistance Units have been able to guide the restive society and channel people’s frustration of the current situation toward the real source of all of Iran’s crises, which is the mullahs’ regime. While the mullahs have been trying to intimidate the public by increasing their oppressive measures and their inhumane coronavirus policy, the Resistance Units’ activities keep the flame of hope alight.

Due to the MEK’s decades of struggle for freedom and its progressive ideals, more young people are attracted to it.

“The rival faction should consider how we could control the rising danger of the [MEK Resistance] Units? Do they not see how the MEK is trying to recruit members from the ranks of the unemployed youth and the masses of boys and girls lost in poverty and turn each of them into an insurgent and a time bomb?” Mardom Salari’s article continues.

“They should consider a bit about the day when the sound of thunderstorms and explosions caused by social unrest led by the MEK sweeps the earth, and, of course, it’s too late to think of any solution,” Mardom Salari adds.

“Why don’t they see that in the context of the livelihood crisis, a dangerous and sinister organization is taking root under the skin of the city? Do they not know that the MEK in its networks incites the poor youth to take radical actions against the entire system? When the waves of the discontent move and quickly turn out of expectation into a violent storm, there will be no sign [of the regime],” Mardom Salari’s article concluded, warning the rival factions.