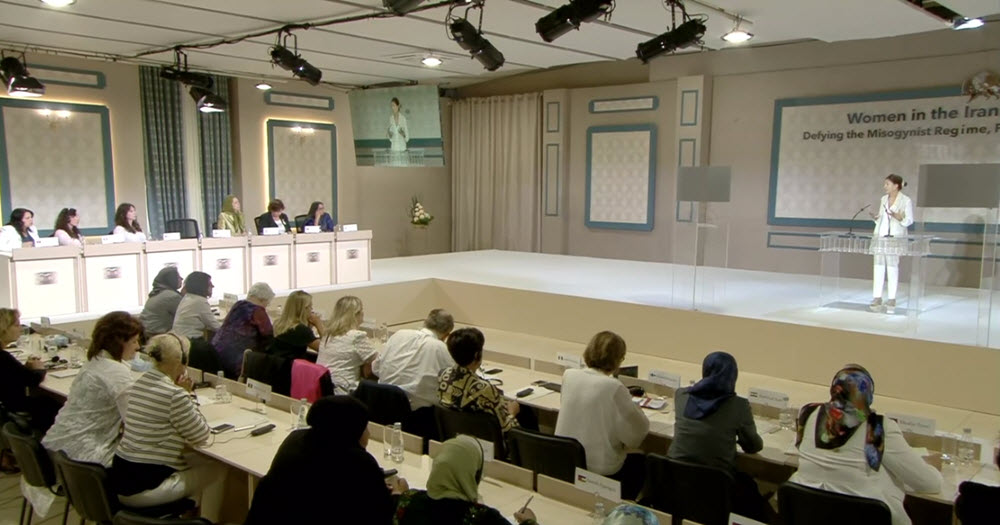 An international conference is underway, with the theme: “Women in the Iranian Resistance – Defying the Misogynist Regime, Paying the Price of Freedom”. Women’s rights activists and dignitaries from across the world are attending the conference in Ashraf 3, home to members of the main Iranian opposition group People’s Mojahedin Organization of Iran (PMOI, Mujahedin-e Khalq or MEK) in Albania. These prominent figures are voicing support for women of Iran, who have been leading the struggle for freedom in the past decades. The event’s keynote speaker is Iranian opposition leader Maryam Rajavi. Attendants are expressing support for Maryam Rajavi’s 10-point plan for a future free Iran. We’ll be covering the event live as it unfolds. See below for updates.

16.05: The first and keynote speaker of the event is Maryam Rajavi, the president-elect of the National Council of Resistance of Iran (NCRI).

In the international conference on women in the Iranian Resistance at Ashraf 3 and in any society, at any juncture of history, have meant to subjugate the people, to suppress them, to plunder them and to strip them of their political rights.

— Maryam Rajavi (@Maryam_Rajavi) would experience chaos, disasters and destitution. But aren’t Iranian women living in conditions even worse than war-torn countries? Aren’t they suffering from poverty, unemployment and homelessness? , from Khomeini’s prisons, or from universities in the U.S.,Europe & Iran. You see 3 generations side by side.They are members of the Central Council of the People’s Mojahedin Organization of Iran

“Mrs. Rajavi has been digging this cancerous tumor out of Iran. I’m very proud of you. I wish everyone could get to know you like we know you. This is the reality,” Ms Ram added.

“This ten-point plan that Mrs Maryam Rajavi has shown to the world is a declaration that will be something of a very big change for Iran. With this ten-point plan, there will be 100 percent equality between men and women. I’m sure during this time, anyone who wants to fight for freedom and wants to get rid of this regime will join us,” she concluded. 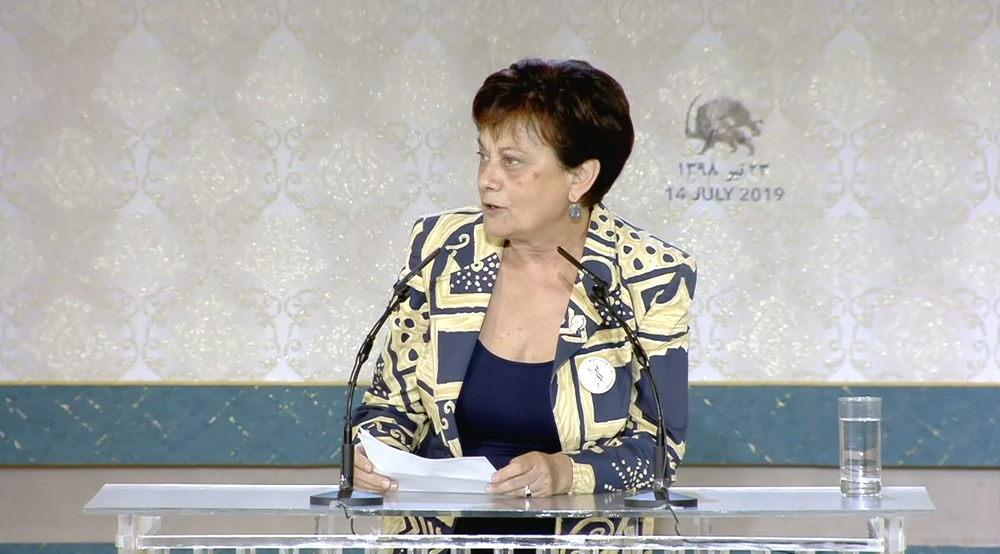 18.30: Concetta Giallombardo, President of the Association of Female Jurists from Italy, says:

“Struggling for the equality of men and women is something that we must pay the price for. In your struggle and resistance, this has been reviewed. There’s a mindset that is different about the relationship between men and women. The relationship is about knowledge and understanding.”

“I would like to congratulate you for your mindset and how you view the relationship between men and women. I hope that under your viewpoint, we will see a new society,” she concluded.

Previous articleArab and Islamic Solidarity With Iran’s People, the MEK and the NCRI
Next articleLIVE PAGE: Perpetrators of Iran’s 1988 Massacre Must Be Held Accountable