MEK Supporters in Europe Rally in Solidarity With Protesters in Iran 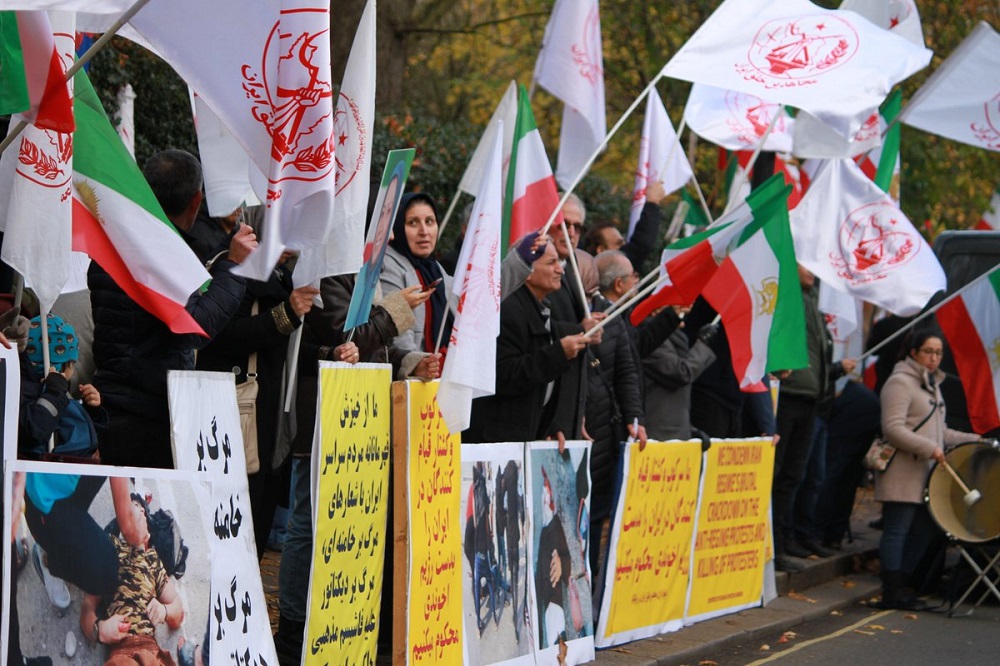 On Sunday, simultaneous with the ongoing
PMOI/MEK supporters in France rallying in support of .pic.twitter.com/hMgNqdujiL

In Oslo, the MEK supporters protested in front of the Iranian regime’s embassy and paid tribute to the martyrs of the recent uprising in Iran by creating a symbol and placing flowers on it.

MEK supporters in the United Kingdom also staged a protest in front of the regime’s embassy in London and chanted slogans in solidarity with their risen compatriots in Iran and urged the international community to stand on the side of the Iranian people.

MEK supporters in Amsterdam also gathered in solidarity with the people of Iran and their uprising, which has spread to over 100 cities.

Anti-regime protests have erupted across Iran, with chants of “Death to the dictator,” after the regime tripled the price of gasoline. The protests, which began on November 15, are continuing despite a major crackdown by the authorities. The MEK’s ‘Resistance Units’ are coordinating much of the protests and sending out footage from the scene. We will be updating this page live with the latest reports of the protests in Iran.

On November 15, Mrs. Maryam Rajavi, the President-elect of the National Council of Resistance of Iran (NCRI), hailed the brave people of Mashhad, Shiraz, Karaj, Sirjan, Ahvaz, and other cities for rising up against the mullahs’ corrupt and criminal regime. She urged all the young people to rise in support of the protesters. Mrs. Rajavi emphasized that this would be the only way to get rid of high prices, poverty, inflation and calamities the mullahs’ regime has inflicted on the Iranian people. Mrs. Rajavi added that by tripling gasoline prices, the mullahs further impoverish the people. The economic lifeline is controlled by [the regime’s Supreme Leader] Ali Khamenei, Hassan Rouhani and the billion-dollar thieves working with them. They pillage the people’s wealth for warmongering, unpatriotic nuclear and missile programs to usurp people’s sovereignty, the NCRI President-elect said.