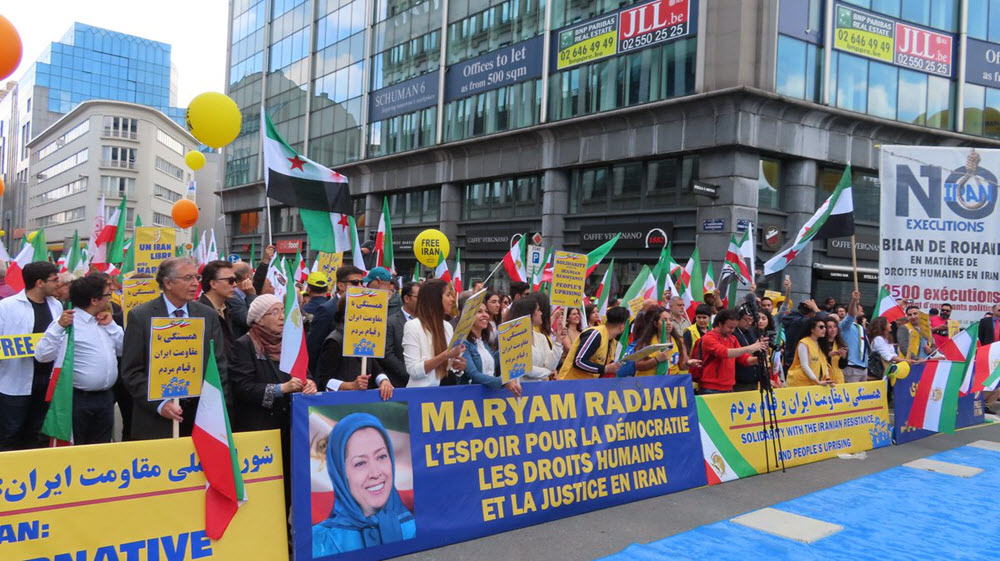 Thousands of Iranians held a large protest and march in Brussels on 15 June 2019. The protestors condemned the brutal violation of human rights by Iran’s regime and its instigation of terrorism and warmongering in the region. They expressed support for the Iranian Resistance movement led by Mrs. Maryam Rajavi, the President-elect of the National Council of Resistance of Iran.

The protestors voiced support for the People’s Mojahedin Organization of Iran (PMOI or MEK) and for the MEK’s Resistance Units who are organizing anti-regime protests in Iran.

Mrs. Maryam Rajavi addressed the demonstrators in a video message, saying: “The faltering Iranian regime is besieged by a nation that has risen up and has lost all patience.”

Previous article35% of Tehran Municipality Budget in 2017 Unaccounted For
Next articleAmnesty: Iran regime tortures families of victims of the 1988 massacre