Amnesty: Iran regime tortures families of victims of the 1988 massacre 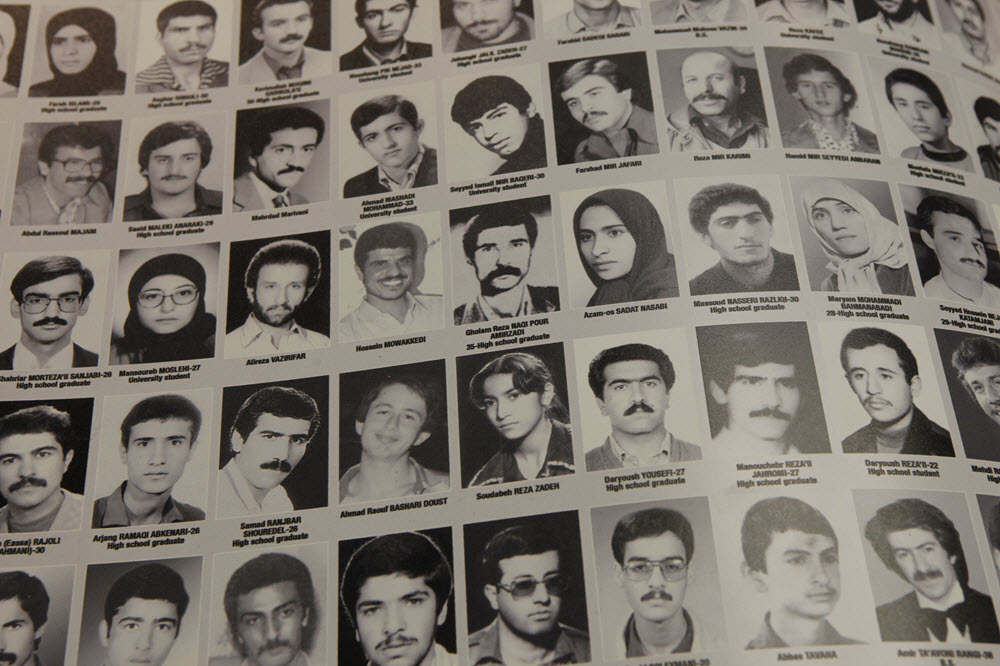 The Iranian authorities are systematically violating the absolute prohibition of torture and other ill-treatment by cruel practices targeting family members of the thousands of prisoners who were forcibly disappeared and extrajudicially executed in prisons across Iran during the 1988 massacre, Amnesty International said on the occasion of the International Day in Support of Victims of Torture.

Three decades on from when the Iranian authorities forcibly disappeared and killed several thousand political dissidents in secret, dumping their bodies in unmarked mass graves, they continue to torment relatives by refusing to disclose when, how and why their loved ones were killed and where their remains are buried, the human rights group wrote on its website on June 26, 2019. Family members who have sought truth and justice have faced threats, harassment, intimidation and attacks, it said.

“The Iranian authorities’ ongoing refusal to acknowledge the deaths or to reveal the fate and whereabouts of those forcibly disappeared and killed has placed a cruel burden on family members who continue to be haunted by a sense of anguish, uncertainty and injustice,” said Philip Luther, Research and Advocacy Director for the Middle East and North Africa at Amnesty International.

“There is no doubt that the agonizing suffering inflicted on victims’ families for more than 30 years violates the absolute prohibition on torture and other cruel and inhuman treatment under international law.”

The rights group pointed out that torture and other inhumane acts amount to crimes against humanity when they form part of a systematic or widespread attack.

Victims’ families interviewed by Amnesty International say that their lives continue to be dominated by anguish and uncertainty. Many have said that, without a body to mourn over, they remain in limbo, unable to believe that their loved ones are really gone.

In a number of cases, relatives said that the enforced disappearances and secret killings had caused or contributed to physical and mental health problems suffered by the victim’s parents, including heart attacks, depression, delusions and suicidal tendencies.

The families’ suffering has been exacerbated by the Iranian authorities ongoing campaign to deny the mass killings and wipe the victims’ collective memory from official history. This has involved, among other cruel practices, the failure to provide families with death certificates, in many cases, and the provision of certificates that cite “natural” causes, illness or simply “death” as the cause of death, in others. Authorities have also refused to acknowledge the existence of any mass graves containing the remains of prisoners killed, while deliberately destroying suspected or confirmed mass grave sites by bulldozing them or constructing buildings, roads or new burial plots over them. In addition, they have banned mourning rituals, commemorations and public discussions about the mass prisoner killings, and sought to trivialize them by representing the death toll as “low” or “insignificant”.

Amnesty International’s December 2018 report Blood-soaked secrets concluded that, due to the widespread and systematic nature of past and ongoing crimes – including the ongoing concealment of the fate and whereabouts of victims of the secret extrajudicial killings of 1988, Iranian authorities have committed crimes against humanity, including murder, enforced disappearance, persecution, torture and other inhumane acts. The report called for the UN to set up an independent investigation into the deaths to establish the truth, enable prosecutions of those suspected of responsibility and provide justice and reparations for the victims, including the families of the thousands who were killed.

“The failure to bring anyone to justice for the brutal slaughter of thousands who vanished in 1988 only serves to compound the pain of the victims’ families. Their anguish will not end until the full truth about the 1988 prison massacres is revealed through a process that involves independent experts exhuming grave sites, conducting autopsies and DNA analyses, and facilitating returns of remains of deceased victims to their family members,” said Philip Luther.

Amnesty International added: In late July 1988, thousands of imprisoned political dissidents were subjected to enforced disappearance. From late October 1988 onwards, many families were summoned at short notice and notified about the deaths of their loved ones – sometimes simply by being handed the belongings of their dead relative – with no details about how they were executed or why or where their bodies were buried. In some cases, families were never even informed their loved ones had died.

Amnesty International’s position that the Iranian authorities are systematically violating the absolute prohibition of torture and other ill-treatment in this regard is supported by the expert opinions of UN human rights bodies on the impact of enforced disappearances on victims’ relatives.

The UN Working Group on Enforced of Involuntary Disappearances has recognized that the anguish and suffering caused to the family by the disappearance of a loved one and by the continuing uncertainty concerning their fate or whereabouts “reaches the threshold of torture”.

The UN Human Rights Committee has recognized that the suffering caused to a family by the disappearance of their loved ones, the secrecy surrounding the execution date and place of burial, and the refusal to hand over a body for burial have the effect of punishing families and causing mental distress and as such amounts to a violation of the prohibition on torture and other cruel, inhuman and degrading treatment.

The massacre took place in the summer of 1988 after the Iranian regime’s Supreme Leader, Ruhollah Khomeini issued a secret fatwa (religious order) ordering the execution of all prisoners who remained “steadfast” in their support for the main opposition group People’s Mojahedin Organization of Iran (PMOI or Mujahedin-e Khalq, MEK).