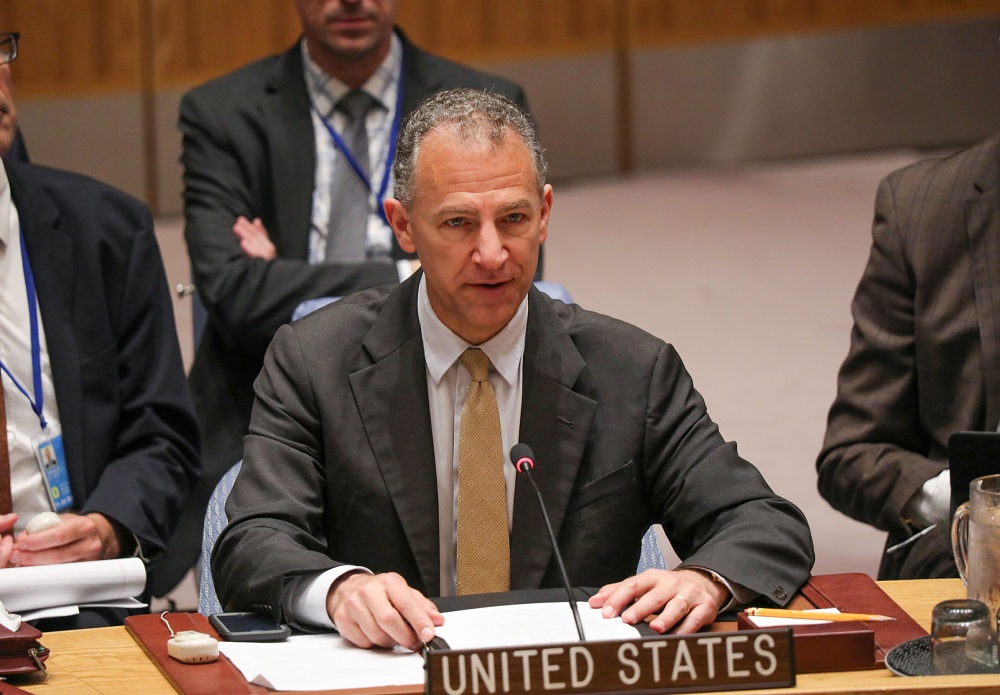 The United States has asked the United Nations Security Council to update its sanctions blacklist on Iran’s regime after complaining of lapses in enforcing travel bans and asset freezes, according to a letter seen by AFP on Wednesday.

The push for tougher enforcement of UN sanctions came amid soaring tensions between the United States and the Iranian regime following Washington’s decision to impose new sanctions on Tehran and recent attacks on oil tankers in the Gulf.

The UN blacklist contains the names of 23 individuals and 61 entities linked to the Iranian regime’s nuclear activities, including the commander of the Revolutionary Guards Quds Force (IRGC-QF), Major General Qasem Soleimani.

All 81 people and entities are subject to a global travel ban and asset freeze to be enforced by all UN member-states.

The US State Department added the IRGC to its list of Foreign Terrorist Organizations in April 2019.

In a letter sent to the council, the US complained that the list had not been updated in over nine years to include aliases and other information to all UN member-states.

“Full implementation of these asset freeze and travel ban measures requires continuing attention to the details of the designation list,” wrote acting Ambassador Jonathan Cohen in the letter sent Monday.

The letter cited an aviation services company known as Pars Aviation which the US said had changed names to Pouya Air and a banned company, Oriental Oil Kish, which the US said was operating or had ties to two trading companies in another country.

The US raised Soleimani’s continued travel including to Iraq and Lebanon and offered to present “a fulsome list” of the terrorist commander’s visits abroad, in violation of the travel ban.

Previous article
Amnesty: Iran regime tortures families of victims of the 1988 massacre
Next article
The Price of Poultry in Iran Rises Above 120,000 Rials