For far too long, Western lawmakers have tended to assume that the current regime of Iran is fixed in place, with little prospect of being overturned by its own people. But this idea has been propped up by the Iranian regime’s own propaganda. Through its own state media and through friendly journalists with an international presence, Tehran has routinely spread the message that there is no viable alternative to the theocratic dictatorship, and that existing opposition groups are either domestically unpopular or at odds with Western interests.

This propaganda began to fall apart at the end of 2017. It was then that the regime found itself in the midst of a nationwide uprising, with Iranians from diverse ethnic and socioeconomic backgrounds joining in open calls for regime change. That uprising lasted through much of January 2018 and sparked what the NCRI’s President-elect Maryam Rajavi called “a year full of uprisings.” The nationwide movement was forced back underground following the deaths of several dozen peaceful protesters, but it only remained buried in November 2019.

The resurgent uprising proved to be even more widespread than its predecessor. Whereas protests were recorded in approximately 150 localities in the first instance, this number grew to about 200 cities and towns in 2019. The even more widespread embrace of the People’s Mojahedin Organization of Iran (PMOI-MEK) slogans like “death to the dictator” led to panic within the ranks of the clerical regime. Repressive authorities like the Islamic Revolutionary Guard Corps quickly responded with live ammunition, and after only a few days, 1,500 protesters lay dead.

Thousands of others were arrested, marking the beginning of a new wave of crackdowns on dissent in Iran. Those uprisings fueled the mullahs’ anxiety over an organized Resistance, and MEK’s resistance units, whose ongoing growth has plainly defied the regime’s most essential and long-lasting propaganda. Early in 2018, while the first uprising was still underway, the regime’s Supreme Leader Ali Khamenei issued a public warning about the role being played by the MEK. And many other such warnings have emerged since.

Khamenei’s speech on this topic marked the end of a 30-year taboo regarding public references to the MEK. In the summer of 1988, the regime failed to destroy the MEK via a massacre of political prisoners that claimed an estimated 30,000 victims. As the MEK recovered from the losses, Iranian officials compensated by simply pretending they had been successful and pushing its conflict with the opposition deep underground.

State media began avoiding reference to the MEK except in instances where it was responding to direct challenges and inquiries. And in those cases, third-party references to the organization were brushed aside with statements that called it a mere cult or a “grouplet” that posed no real threat to mullahs’ hold on power.

In the meantime, the MEK itself maintained an extensive network inside Iran, which gained international prominence in 2003 when it was the first to reveal key aspects of Iran’s clandestine nuclear program. It also continued to disseminate information about regime’s crimes and destructive policies to a domestic population that was often starved of access to independent and foreign media thanks to the regime’s notoriously heavy censorship.

Today, the MEK and the National Council of Resistance of Iran, has acquired substantial political support throughout the world. As President-elect of the NCRI, Maryam Rajavi has drafted a 10-point plan for the future of the country. Its explicit outline of a system based on free and fair elections, separation of religion from the state, legal protection for women and minorities, and so on, is a key reason why so many policymakers have signed onto the cause while representing a diverse array of political parties.

Majority of the US House of Representatives recently approved a resolution calling for action on the regime’s human rights abuses and endorsed recognition of the Iranian Resistance. Despite year of progress, Western policy circles remain under the influence of dismissive Iranian regime propaganda. European leaders seem to still harbor concerns that they would enjoy little payoff for conclusively alienating the existing Iranian regime.

But those leaders must understand that by refusing to do so, they are actually alienating the Iranian people instead. That is made all the more evident by the previous two years’ uprisings, which showcase the popular embrace of the Resistance platform – something the regime has been denying since before it failed to stamp out the MEK.

Considering that further protests have been staged even in the aftermath of the November crackdown, the overthrow of the regime seems increasingly inevitable. The window of time is narrowing for Western policymakers to place themselves on the right side of history by making it clear that they will stand with the Iranian people during any future clash between them and the regime. And the window is narrowing even more rapidly on the single best opportunity to send that message.

On July 17, the NCRI will host its annual rally in favor of regime change and democratic governance. The event ordinarily features tens of thousands of Iranian expatriates and their established supporters gathering near Paris, France. But in consideration of the coronavirus pandemic, this year’s “Free Iran Global Summit” will consist of a network of local gatherings, mainly in Western capital cities, connected via an online stream. 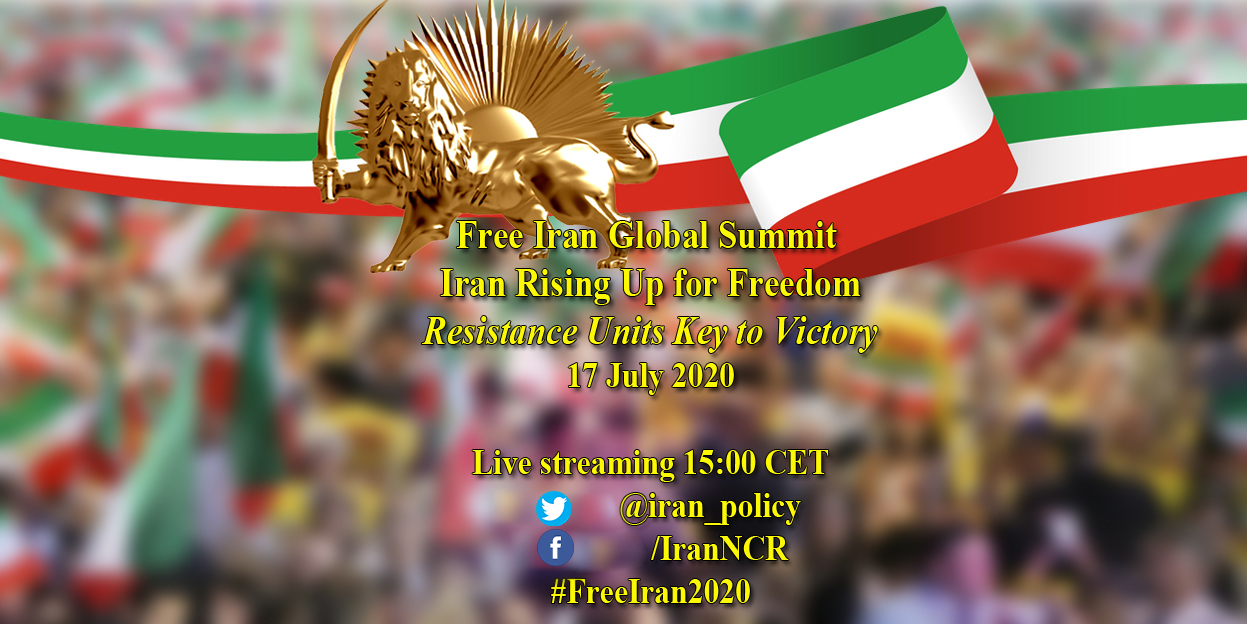 The massive participation, especially from Iranian citizens who access the stream in defiance of censorship laws, should make it clear that time is running out for the clerical regime’s propaganda and ultimately, for the regime itself.