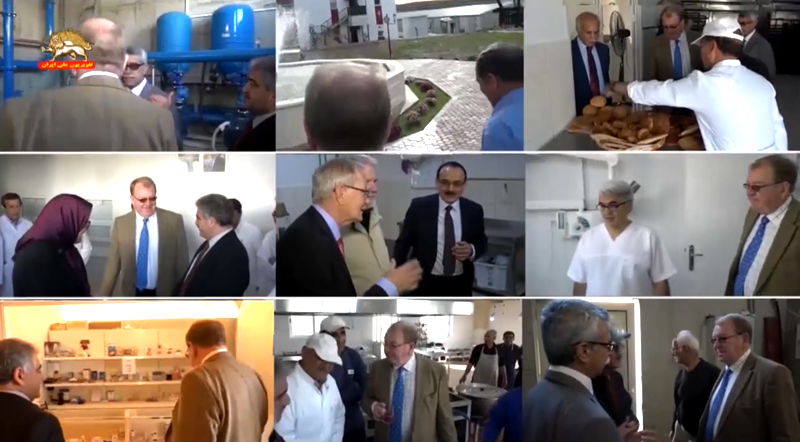 A high-level delegation of members of the European Parliament, including two members of the Parliament’s Foreign Affairs Committee and the deputy head of the Security and Defense Committee, have just returned from a three-day-visit to Ashraf 3 – the new headquarters for Iranian Resistance group People’s Mojahedin of Iran (PMOI/MEK) in Albania.

This momentous visit, which came at the same time that 150 MEPs from all political factions and groups sign a petition condemning human rights abuse in Iran, showed the delegates the huge transformation of the site in just the past year.

Since the MEK moved from the accommodation arranged by the United Nations High Commission for Refugees into accommodation that they purchased for themselves, they have constructed a small city that now features shops, doctors’ offices, sports facilities, offices, restaurants, bakeries, housing blocks, meeting halls, and studios.

Of course, the Iranian Ministry of Intelligence is determined to paint a different picture through their disinformation campaign against the MEK, even going so far as to claim that Ashraf 3 is a prison that no one can leave without permission and where many have been tortured to death. They’ve even convinced naive journalists to hang around the perimeter fence or fly drones across the centre, in order to intimidate the residents.

One of the Intelligence Ministry’s most bizarre claims is that 38-year-old Somayeh Mohammadi is being held there against her will; something seemingly backed up by the fact that her parents, both Iranian/Canadian citizens, have previously been seen outside Camp Ashraf in Iraq, hurling threats and abuse, with Regime agents standing nearby.

This is simply not true. In fact, the delegation of MEPs met alone with Mohammadi, who told them that she had sadly disowned her father years ago after he became an agent for the Regime. She explained that, although she was certainly free to leave at any time, she wanted to stay at Ashraf 3 in order to fight for the freedom of all Iranians.

The media seem willing to ignore the ongoing repression in Iran, where anti-regime protests have been a fact of life for nearly a year, preferring instead to get their “news” from the mouths of the oppressors who need to discredit the opposition.

Struan Stevenson, coordinator of Campaign for Iran Change and former member of the European Parliament representing Scotland, wrote: “It is for me a great sadness that there are journalists today who ignore these issues and ignore the truth, preferring instead to abuse and traduce men and women who have given up their professional careers and family life to devote themselves to the cause of ending oppression and tyranny in Iran.”

The Iranian Regime is lashing out because they know their days are numbered, but when the mullahs fall, history should take note of those who failed to do their duty and protected the Regime, rather than its victims.

Previous article
Iran Tries to Get Round U.S. Sanctions
Next article
The U.S. Indicts and Sanctions Iran Regime Agents for Cyber Attacks