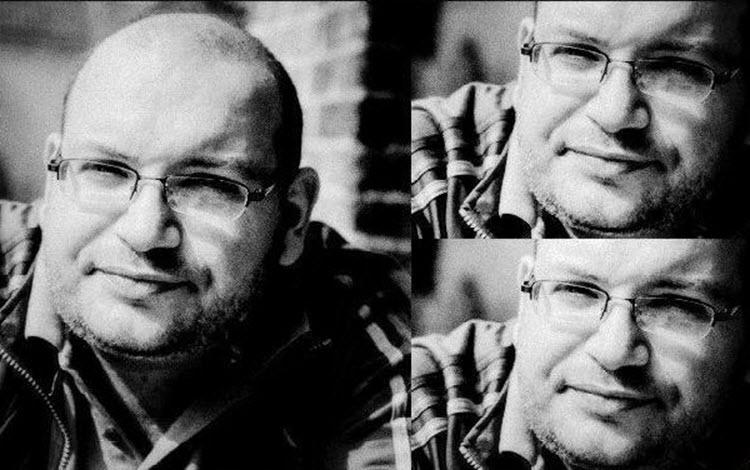 Jason Rezaian, parroting the Iranian state-run media, rehashed a litany of lies, and baseless allegations against the People’s Mojahedin Organization of Iran in his blog in the Washington Post on March 24.

Rezaian for long had been a staunch advocate of one of the factions within the religious fascism ruling Iran, which the regime portrays as “moderate”. Following the nationwide uprising when people chanted slogans such as “reformists, hardliners, the game is now over”, he is no longer in a position to openly advocate the non-existing “moderates” within the regime. Thus, by attacking democratic opposition and denying that there is a viable opposition, he is desperately trying to suggest there is no alternative to the mullahs. In his article Rezaian manifested his anxiety that the era of appeasing the clerical regime is over.

Below please find the official rebuttal of the People’s Mojahedin Organization of Iran to Rezaian’s article.

Do Iranians need to seek permission to overthrow the ruling religious dictatorship, the most active state sponsor of terrorism in the world and the main source of war and crisis in the region? The answer from any reasonable person will be a resounding no. “John Bolton wants regime change in Iran and so does the cult that paid him,” (Washington Post Global View, March 24) reflects the anxiety over the prospect of the overthrow of the clerical regime that has become closer than ever.

The author has resorted to mere deceit to equate the call for the regime change with a foreign war. Actually, changing the regime in Iran is the only way to end the war that is already pervading throughout the region with the Iranian regime as its main instigator. Regime change in Iran is the desire of the Iranian people and of those who like to see peace and tranquility in the region. Only those who have a vested interest in the regime are frightened of such a prospect.

During the uprising in December 2017 and January 2018, people in over 140 Iranian cities and towns chanted slogans such as “Down with Khamenei”, “Down with dictator”, and “Down with Rouhani”, demonstrating their desire to overthrow the regime in its entirety. According to the author’s logic, the true warmongers are the Iranian people. This is a desperate attempt to assist a regime whose countdown has begun.

Parroting the Iranian state-run media, the author has claimed that the People’s Mojahedin Organization of Iran (PMOI or MEK) lacks public support. This is all the while any public expression of sympathy to the MEK is met with harsh punishment; more than 100,000 MEK activists have been executed by the regime so far, including 30,000 in a matter of a few months during the summer 1988 massacre of political prisoners in Iran.

While Rezaian was based in Iran, he was a staunch advocate of, and had established intimate ties with, the “moderate” faction of the regime. The notion that the MEK activists would share their sympathy to the movement with Rezaian, who according to his own writings, had a good time in the back of a pick-up truck full of the paramilitary Bassij members, begs logic. On January 9, Ali Khamenei, the regime’s leader, underscored that the MEK was the main force behind the recent uprising and had planned for it months in advance. In a phone conversation with the French President, Emanuel Macron, on January 2, Hassan Rouhani, the regime’s president, complained that the MEK is causing the unrests in Iran and asked his French counterpart to restrict the activities of the group. Khamenei’s startling admission and Rouhani’s desperate appeal fly in the face of Rezaian’s claims about MEK’s lack of popularity in Iran.

Rehashing the Iranian regime’s propaganda and misinformation against an opposition group that rejects both the “hardline” and the “moderate” factions of the ruling theocracy has been part and parcel of the justifying western policy of engagement. For their part, the Iranian people seem to side with the MEK, as they chanted “hardliner, reformer, the game is now over” during the recent protests.

Rezaian is distorting history. The MEK has only fought against the Revolutionary Guards and the regime’s repressive forces. The regime’s coining of the term “Monafeghin” (hypocrites) long predates the Iran-Iraq war. The regime’s first Supreme Leader Ruhollah Khomeini invoked the pejorative term shortly after the overthrow of the Shah in 1979 to undercut the growing popularity of the MEK for rejecting the principle of the velayat-e-faqih (absolute rule of the clergy). Even the regime and its official propaganda agencies have not made that claim. From the onset of the clerical rule, the MEK warned about emergence of a religious dictatorship and boycotted the clergy-drafted constitution. When the Iraqi forces occupied Iranian territory, the MEK condemned the Iraqi invasion and fought against the Iraqi forces at the war fronts and several of its members were killed and wounded. The MEK proudly launched the peace initiative subsequent to withdrawal of Iraqi forces to the international borders. It was the key domestic factor in forcing Khomeini to accept the cease-fire and in preventing him to send more of the Iranian youth into the inferno of the Iran-Iraq war.

Another absurd claim that clearly shows the political motive of the author is that the MEK “presented fake intelligence about Iran’s nuclear program.” This is all the while that the US authorities and the IAEA officials have repeatedly stated that had the opposition not revealed the existence of secret nuclear sites in Natanz and Arak, the world would have been totally caught off guard. Frank Pabian, a senior adviser on nuclear nonproliferation at Los Alamos National Laboratory in New Mexico, told the New York Times on January 6, 2010 “They’re right 90 percent of the time,” he said of the council’s disclosures about Iran’s clandestine sites. “That doesn’t mean they’re perfect, but 90 percent is a pretty good record.”

Also absurd is Rezaian pathetic regurgitation of stale and debunked Iranian regime’s misinformation about the MEK’s internal relationship. Dozens of U.S. military commanders who protected the MEK members in Camps Ashraf from 2003 until 2009 refuted these allegations. During the same period, several delegations from European Parliaments and the US repeatedly visited Ashraf and spoke privately to many of the residents concluding that these allegations were totally baseless.

Similarly ridiculous is the unsubstantiated claim the MEK has paid Ambassador Bolton and other U.S. officials to speak on its behalf. This is utterly false.

Of course, this is not the first time that Rezaian has tried to disparage the MEK to the benefit of the clerical regime. In August 2011, he and a number of other Tehran apologists signed a petition against removing the MEK from the terror list.

Shahin Gobadi
Spokesman of the People’s Mojahedin Organization of Iran