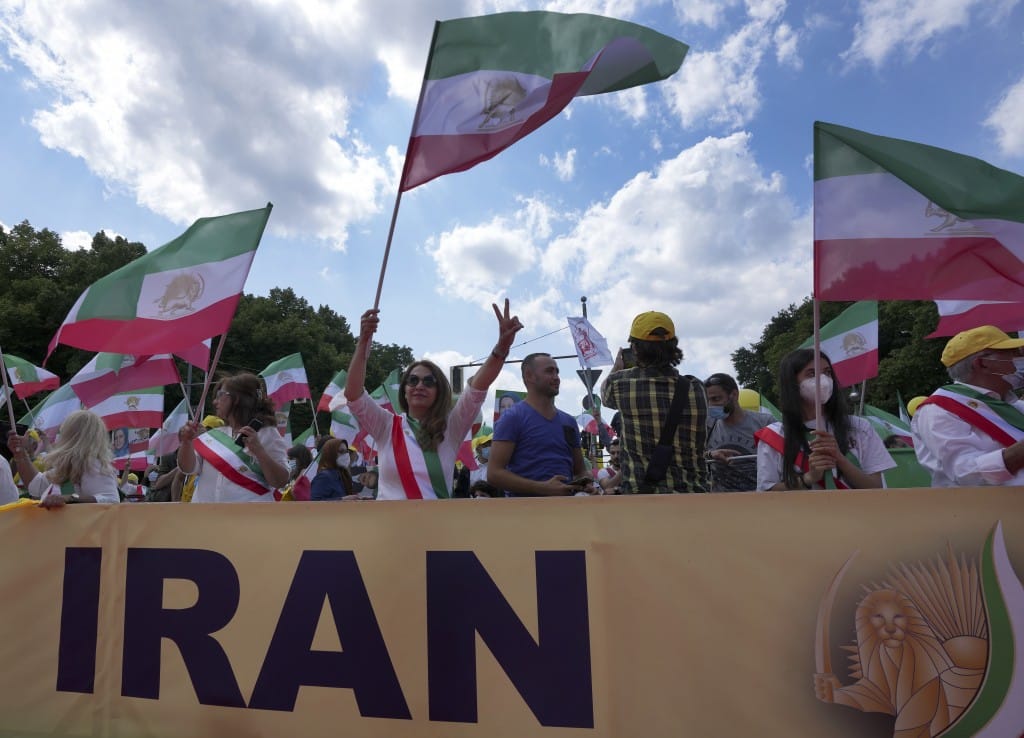 Less than 24 hours after the news made rounds that the Belgian government has been secretly scheming a deal with the Iranian regime to surrender Assadollah Assadi, a convicted and imprisoned terrorist, and three of his accomplices, Iranians and political figures from all around the world have become vocal expressed outrage to let Brussels learn it cannot go ahead with such a deal without weighing the repercussions.

On Tuesday, the Belgian parliament is supposed to hold a vote at the Committee level and a final vote is going to be held on Thursday, July 7, that will enable Brussels to go ahead and exchange the so-called convicted prisoners with interested parties.

“As you can no doubt surmise by now, I believe this bill would disgrace your Chamber and Belgium, and should not be passed,” former US Attorney General Michael B. Mukasey wrote to the Belgian parliament’s speaker, Mrs. Tillieux. “No sentient person can doubt that releasing to Iran a former diplomat of that country who was convicted of using his diplomatic status to try to commit mass murder would reward a heinous act. The notion that he would serve any period of confinement in Iran is naive and ridiculous. It would be seen that way by people in this country and would sully the reputation of your country as a symbol of respect for international law. I urge you to do all you can to persuade your colleagues not to approve this unwise and imprudent legislation.”

Mr. Yves Bonnet, the former head of the French counter-espionage service, objected to this action in a letter to the Belgian Prime Minister. He wrote: “I remind you that acts of terrorism are acts committed abroad by the services of a government and/or acts of violence against nationals within the national territory. This definition, which our Office has accepted as relevant, preserves the interests of all parties by avoiding the “privilege” of detention.”

Georges-Henri Beauthier and Rik van Reusel, lawyers of the Iranian Resistance who led the case against the Iranian regime in the Antwerp court wrote the Belgian PM, Alexander De Croo: “We have taken note of the bill of June 29, 2022, assenting in particular to the Treaty between the Kingdom of Belgium and the Republic of Iran on the transfer of sentenced persons, done at Brussels on March 11, 2022, and the Protocol of November 22, 2017, on Amendment of the Additional Protocol to the Convention on the transfer of sentenced persons, signed on 7 April 2022 at Strasbourg. This agreement will henceforth allow the transfer to Iran of persons convicted of acts of terrorism. Article 13 of this Convention explicitly mentions that the parties can even grant amnesty to convicted persons, pardon them or reduce the sentences handed down to them. This means that convicted terrorists will most likely be pardoned by the Iranian regime, in Iran.”

“How will you explain to the Belgian people that terrorists, who would have received only one-fifth of their sentence, be handed over to a state terrorist (who could plan other attacks) while the Belgians or persons sentenced in Belgium will have to undergo at least one-third of their sentence? How will you explain that by this treaty, you give legitimacy to perfidious Iranian foreign policy? It is certain that subsequently, the taking of innocent hostages will be facilitated since Iranian secret service agents and terrorists will be handed over, ultimately, to their government. We, therefore, have serious questions about this decision by the Belgian government which makes a mockery of the decisions of a Court and, of a Court of Appeal of Antwerpen and, tireless work for 4 years, federal prosecutor’s office,” Mr. Reusel and Mr. Beauthier concluded.

“This bill seems to me a disavowal of justice and a dishonor for your country. It is contemptuous of the Iranian Resistance that is fighting so bravely for a democratic Iran,” Bishop Jacques Gaillot wrote to the Belgian PM.

Addressing the Belgian leadership, the French Committee for a Democratic Iran wrote: “The assassination plot near Paris could have become the biggest terrorist attack in Europe. If passed, this bill will encourage religious fascism in Tehran to carry out its terrorism. This shows how Belgium has surrendered to the biggest state sponsor of terrorism in Iran. The Belgian government must immediately put an end to this shameful deal with the Iranian regime because this creates a dangerous practice and endangers the security and stability of Europe.”

The International Committee ‘In Search of Justice’ (ISJ), led by former Vice-president of the European Parliament Alejo Vidal-Quadras, former Italian foreign minister Giulio Terzi, former President of the European Parliament’s Delegation for Relations with Iraq Struan Stevenson, and former MEP Paulo Casaca, wrote the Belgian PM: “There is no doubt Assadi’s terrorist plot was ordered from the highest echelons of the regime, including the Supreme Leader Ayatollah Ali Khamenei, the president at that time Hassan Rouhani and the then Foreign Minister Javad Zarif. The EU should have demanded they be held to account. There is also no doubt that if these prisoners are allowed to return to Iran, they will never be asked to serve prison sentences in that country. Indeed, they will be treated as heroes and possibly promoted. Their release from prison in Belgium would make a complete mockery of justice and send the clearest signal to the Iranian regime that they can conduct terrorist attacks in Europe with impunity. Indeed, they may even be encouraged to take further European hostages to hold as bargaining chips for future prisoner exchanges.”

British Committee for Iran Freedom (BCFIF) issued a statement regarding the shameful deal between the Belgian government and the Iranian regime. The statement, signed by Professor Lord David Alton, said: “This is tantamount to releasing these convicted terrorists and allowing them to escape justice given the well-documented reputation of Iran’s Judiciary to grant and uphold impunity for regime officials for serious crimes, recently expressed by the UN Special Rapporteur on Iran.” It added, “We back the Iranian communities’ call on the Belgian Government to withdraw this bill, which not only undermines European efforts to counter-terrorism but also lends undeserved legitimacy to the brutal judiciary in Iran which is an essential instrument for the regime’s domestic repression.”

In retrospect, the Iranian regime has managed to extort European governments into submission and help all its terrorists to flee Justice. But as the people inside Iran are demonstrating their determination to bring an end to the rule of tyranny in Tehran, their fellow compatriots in the free world are going to show the Western governments that the time for appeasement with their murderers is long overdue.

The fight has just begun.