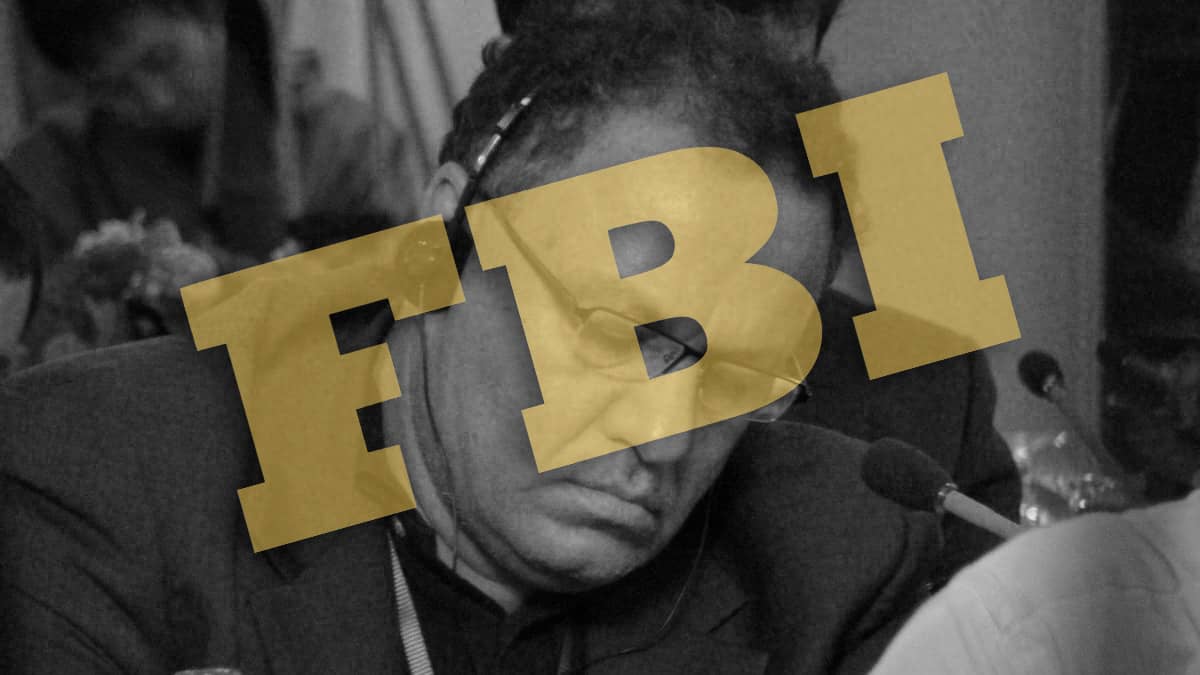 The United States authorities arrested Kaveh Lotfolah Afrasiabi, one of the Iranian regime’s agents, posing as an independent political scientist, on Monday at his home in Massachusetts.

Afrasiabi’s arrest once again showed how the clerical regime’s agents operate under different banners to pursue and justify the regime’s malign goals.

“For over a decade, Kaveh Afrasiabi pitched himself to Congress, journalists, and the American public as a neutral and objective expert on Iran. However, all the while, Afrasiabi was actually a secret employee of the Government of Iran and the Permanent Mission of the Islamic Republic of Iran to the United Nations (IMUN) who was being paid to spread their propaganda,” said John C. Demers, Assistant Attorney General for National Security.

Afrasiabi used his so-called scientific cover to parrot the regime’s talking points. While people in Iran in their protests identified the regime as the real source to all crises, Afrasiabi and his ilk tried to blame international sanctions. He praised Qassem Soleimani, the regime’s eliminated terror mastermind, and like Tehran called him a “national hero.”

Afrasiabi’s main task, however, was implementing the regime’s demonizing campaign against the Iranian Resistance movement, mainly the People’s Mojahedin Organization of Iran (PMOI/MEK).

It is safe to say that Afrasiabi and his arrest in the U.S. is only the tip of the iceberg.

The regime in Tehran, has been pushing its talking points in the West, mainly in the U.S. and Europe.

Afrasiabi, along with other Iran’s lobbyists and apologists, such as the National Iranian American Council (NIAC), aim to portray the MEK as a fringe terrorist group; thus, legitimizing the appeasement policy vis-à-vis the clerical regime, by spreading this false notion that there is no viable alternative to this regime.

NIAC has been the Iranian regime’s primary lobby group in Washington. NIAC’s founder and former president Parsi is in direct contact with the regime’s senior officials such as the mullahs’ Foreign Minister Mohammad Javad Zarif.

Special Agent in Charge Joseph R. Bonavolonta's statement on the arrest of Kaveh Lotfolah Afrasiabi, of Watertown, MA, who is charged with acting as an unregistered agent of the Iranian Government following an #FBI investigation. Details @EDNYnews: https://t.co/eNQ1CPNK1O pic.twitter.com/hb0rT5ZNJK

Parsi’s relations with Zarif date back to early 2000s when Zarif was the regime’s ambassador to the United Nations. Parsi acted as Zarif’s point man in many places as well as his contact with the media and members of Congress. Zarif had placed complete trust in Parsi.

On December 22, 2006, Parsi forwarded a new article he had published to Zarif, which Zarif described in a subsequent email as “excellent.” Such correspondence routinely occurred between the two.

and his wife Anne Singleton, whose main mandate has been to demonize the MEK. Interestingly, American police prevented the entrance of Khodabandeh on U.S. soil because he was an agent of the Iranian regime’s Intelligence Ministry.

Parsi and NIAC’s goal, like other regime apologists, was to portray the moribund regime in Tehran as a “popular and stable” ruling system.

NIAC’s disgraceful comments alone about the nationwide and popular protests in Iran in 2018 and 2019, such as blaming it on international sanctions, not the regime’s 40 years of oppression and wrong economic policies, indicates NIAC is the regime’s lobby group. Afrasiabi’s arrest and the facts mentioned above also confirm the fact that those parroting the regime’s talking points are not doing it for the sake of the Iranian people; they are the Iranian regime’s apologists.

November 27 and December 3, 2020 marked the historical trial of Iran’s incarcerated diplomat-terrorist, Assadollah Assadi and his three accomplices, Amir Saadouni, Nasimeh Na’ami and Mehrdad Arefani. This terrorist cell attempted to bomb the opposition gathering in France in 2018.

Nasimeh Naami and her husband Amir Sadouni, and Mehrdad Arefani misused their refugee and citizenship status in Belgium to operate for the regime’s Ministry of Intelligence and Security (MOIS). Arefani also used the pretext of being an atheist poet but was an MOIS agents for years.

Afrasiabi’s arrest, the trial of Assadi and his accomplices, along with evidence of how Iranian lobbyists’ network operate in the U.S. and Europe once again underline the need for world leaders to act.

They should expel the regime’s agents from their countries. More importantly, the western media and officials should reject those who parrot the regime’s talking points about the opposition and the situation in Iran.