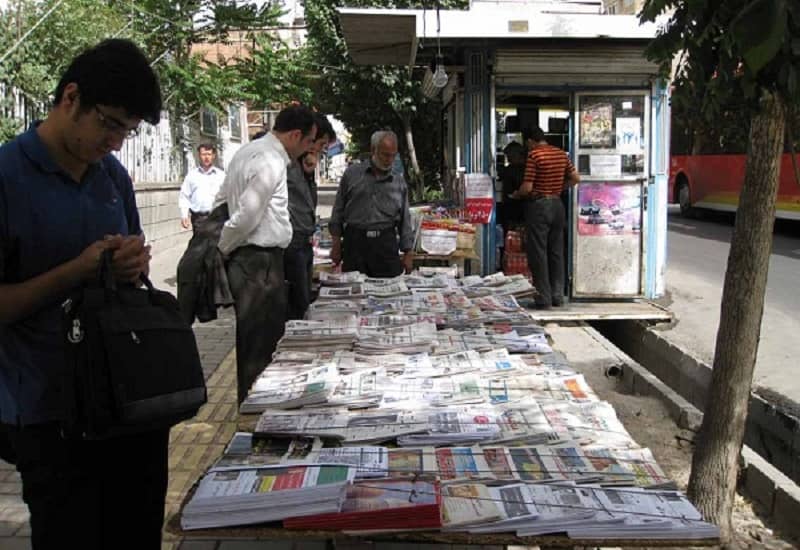 Every day, due to the Iranian people’s economic and social hardships, the state-run media warn of another uprising on a much larger scale.

On Tuesday, the regime’s president, Hassan Rouhani, held a press conference. When questioned about soaring prices and people’s difficulty, he tried to blame the rival faction in parliament for refusing to establish the Ministry of Trade. He also tried to blame international sanctions for Iran’s economic crisis.

“It would have better if Rouhani stayed silent and refused to answer this question,” wrote the state-run Aftab-e Yazd daily on Tuesday.

“The society knows exactly where these high-prices originate from. It can present this subject better than any economic analyst. Although sanctions are in their place, authorities’ mismanagement and incapability play a major role in this chaotic situation. So, giving the wrong address will not deceive people,” Aftab-e Yazd daily added.

During their uprising, Iranians chanted, “Our enemy is right here, they are lying when they say it is the U.S.” By attacking the regime’s centers of oppression, they also showed who they blame for the economic crisis in Iran.

Daily protests in Iran by all walks of life continue. In not even a single protest did people identify sanctions as the problem. Instead, they protested the regime’s economic mismanagement and institutionalized corruption.

As for Rouhani’s desperate attempt to blame the rival faction, Iranian people have already answered this during their uprising in 2019 by saying, “Reformist, hardliner, the game is over.”

Rouhani’s government, like other institutions of the regime, has no intention of helping people.

“When due to lack of planning and government’s disregard a lot of damage is inflicted on people, this kind of behavior is not just negligence, but the government’s disregard for people’s lives and property, and basic duties,” said Gholamreza Shariati, a member of the regime’s parliament, in an interview with the state-run ANA press on Tuesday.

By deliberate inaction, the regime tried to use the Covid-19 crisis and its mass casualties to quell the restive society and prevent an uprising. While forcing people to the minefield of the coronavirus for so-called economic reasons, the regime now tries to blame Covid-19 as the source of economic problems.

“Iran’s economy was not in good situation before Covid-19. It has been suffering from acute pneumonia for many years, and its condition has worsened with the spread of Covid-19,” wrote the state-run Jahan-e Sanat daily in this regard, comparing Iran’s economy to a sick person.

“People’s tables and pockets are becoming empty day by day. According to experts, the middle class is on the verge of extinction. Also, according to reports, the poverty line has reached 10 million tomans. Thus, more than half of the population is below the poverty line,” Jahan-e Sanat wrote on Tuesday.

But for the state-run media and the regime’s officials, the real concern is people’s backlash.

“The continuation of this process during the pandemic is not in anyone’s interest, as it may lead to protests and lower public participation. Rising prices have increased poverty, and in such circumstances, we have to wait for unpleasant things to happen in society,” Jahan-e Sanat added.

That “unpleasant thing” is nonother than people’s uprising against the regime and their growing hatred of this ruling system.

“In Iranian society, due to the weakness of the media apparatus and the decline of public trust, groups have been formed which play the role of both news centers and encourage them to change their behavior and actions. These virtual groups are sowing the seeds of hatred and violence, and if there is no timely cure for the incident, there will be severe storms with social and political conflicts,” Sharq wrote.

Previous articleIran News in Brief – December 16, 2020
Next articleRound-up of Protests Across Iran on December 12 and 13, 2020