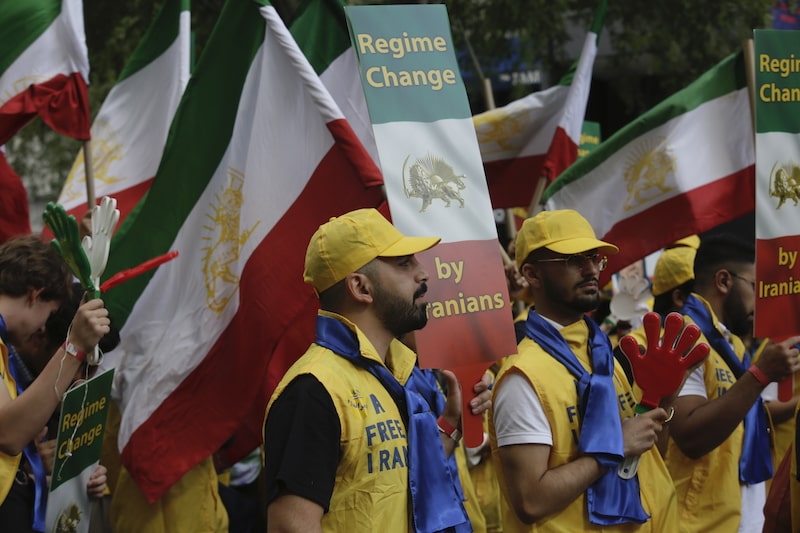 Written by Mansoureh Galestan on 06 October 2019.

The dismal failure of Iranian regime President Hassan Rouhani’s visit to New York for the 2019 United Nations General Assembly can be vividly witnessed in the resulting crises inside the mullahs’ apparatus. Be it a deepening divide within the political hierarchy ruling Iran or escalating doubts in regard to the regime’s strategic policies, a growing number of figures representing both factions of the ruling mullahs are expressing concerns about the road ahead. This is yet another indication of how Rouhani’s NYC visit is backfiring in a troubling manner deep inside Tehran.

The Iranian regime’s Majlis (parliament) is one of the scenes where the failure of Rouhani’s New York visit is quite evident.

“I have a reminder for the President: foreign policy should be facilitating development for Iran,” said Majlis member Ali Najafi Khoshrudi on September 30. “As our foreign policy served Iran’s security during the [1980-88 Iran-Iraq War], or in confronting sanctions… the people are expecting that opportunities be used to the utmost extent on the global stage. In this regard we must take our measures in a very precise manner,” he added, indicating the very sensitive circumstances for the ruling regime.

Message to the demonstration by Iranian-Americans in protest to the presence of the representative of Iran’s ruling religious fascism at the United Nations #IranRegimeChange #FreeIran #UNGA #No2Rouhanihttps://t.co/QW280bVSip pic.twitter.com/sq1V9UVTdT

To add insult to injury for the mullahs’ regime, freedom-loving Iranians and supporters of the Iranian opposition People's Mojahedin Organization of Iran (PMOI/MEK) held a massive “No to Rouhani” rally outside of the United Nations in New York on September 24 and 25. This demonstration coincided with Rouhani’s speech at the UN General Assembly as a reminder to the world that the sole solution is regime change in Iran by the Iranian people and their organized resistance movement.

Back in Tehran, Fereydoon Faramand, another Majlis member, shed more light on how Rouhani returned empty-handed from his New York visit.

“This is a New York Times article… reading ‘A Year Later, Iran Finds Evaporating Sympathy at the U.N.’ This means even the UN showed a cold shoulder to Iran. Our government was counting on visiting the UN to launch a few initiatives. Now you see the result,” he said.

“And what did they do next? Seeing this was not enough, the Europeans sat together and issued a statement. What does the statement say?... They reiterated their support for the JCPOA, but what else? They went on to say Iran should not exit the deal, not even slowly. They were seeking a pretext to distance their position from us, claiming we are behind this attack targeting [Saudi Arabia’s] Aramco,” Faramand added, using the JCPOA acronym for the 2015 Iran nuclear deal, formally known as the Joint Comprehensive Plan of Action.

Even other regime institutions are voicing concerns and the need to have the mullahs’ regime succumb to international demands.

Nour Mohammad Torbati-nezhad, another Majlis member, shed even further light on the regime’s future concerns. “Developments across the region are becoming more complex and fast-paced than ever before… I suggest that we should most definitely refrain from providing any pretexts for tensions and God forbid, a war undermining the entire state,” he said, going on to literally plead to the regime’s hierarchy to back down from their expansionist policies.

With sanctions increasing against the mullahs’ regime, Majlis member Massoud Rezaie raised strong criticism against officials inside the regime. “We expected our officials to easily surpass this crisis,” he said, acknowledging the regime officials’ incompetence. “In many branches, not only have we not witnessed any advances, in fact, there have been no measures in line with the promises made… If the Iranian state is unable to resolve its political dilemmas with the world, the country’s economic dilemmas will not be resolved,” he added.

Former Majlis member Fereydoon Majlesi also reiterated the regime’s failed policies and urged a major step back from Tehran’s strategies. “We should accept the fact that with the defined policies that we have, it is quite unlikely that others will accept our plans or ideas. Consent inside Iran is the precondition for success in foreign policy… Like it or not, Iran is not considered a friend among most Arab countries and these states are suspicious of the Islamic Republic… If forced to choose between the United States and Iran, many Arabic states will choose to follow the U.S. and be hostile towards Iran,” he explained.

Seyed Jalal Sadatian, the Iranian regime’s former ambassador to Italy, reiterated how Iran’s society is a powder keg and the necessity for the mullahs to take steps back from their harsh policies. “Due to the pressures imposed on the people, we must formulate a plan out of the status quo. Maybe under this framework, and if we receive specific concessions, Iran would be able to announce an end to its JCPOA violations. Meaning if these conditions are to continue, we should expect the sanctions and pressures to continue.”

Rouhani went to New York with the media launching a frenzy about a possible meeting with U.S. President Donald Trump and a “breakthrough” with a French plan to provide a $15 billion bailout package for Tehran.

Not only did this mirage quickly vanish in thin air, but the tide has also turned against the entire regime and there is literally no light at the end of the tunnel for the mullahs in Iran.