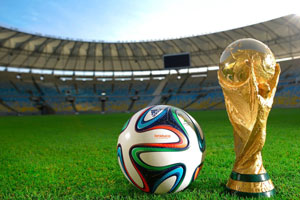 NCRI – The Iranian regime’s State Security Forces (police) has banned the Iranian cafes from screening the games two days before the tournament was due to start.

The ban also includes the broadcast to matches involving the Iranian football team.

The Police has told the Cafe Owners Union in Tehran either not to switch on their TV’s during the World Cup matches or make sure their TVs are set on different channel.

To further intimidate the Cafe owners have reportedly been sent texts saying they have to close by midnight.

The latest ruling comes after police said cinemas wouldn’t be allowed to show World Cup matches also if they have mix gender viewers.

Also reports from indicate that Cafes are planning to defy the guidelines and will screen the games and already have published the games schedules.

The Iranian team will face Nigeria on 16 June, and later in June is due to play against Argentina and Bosnia-Herzegovina.