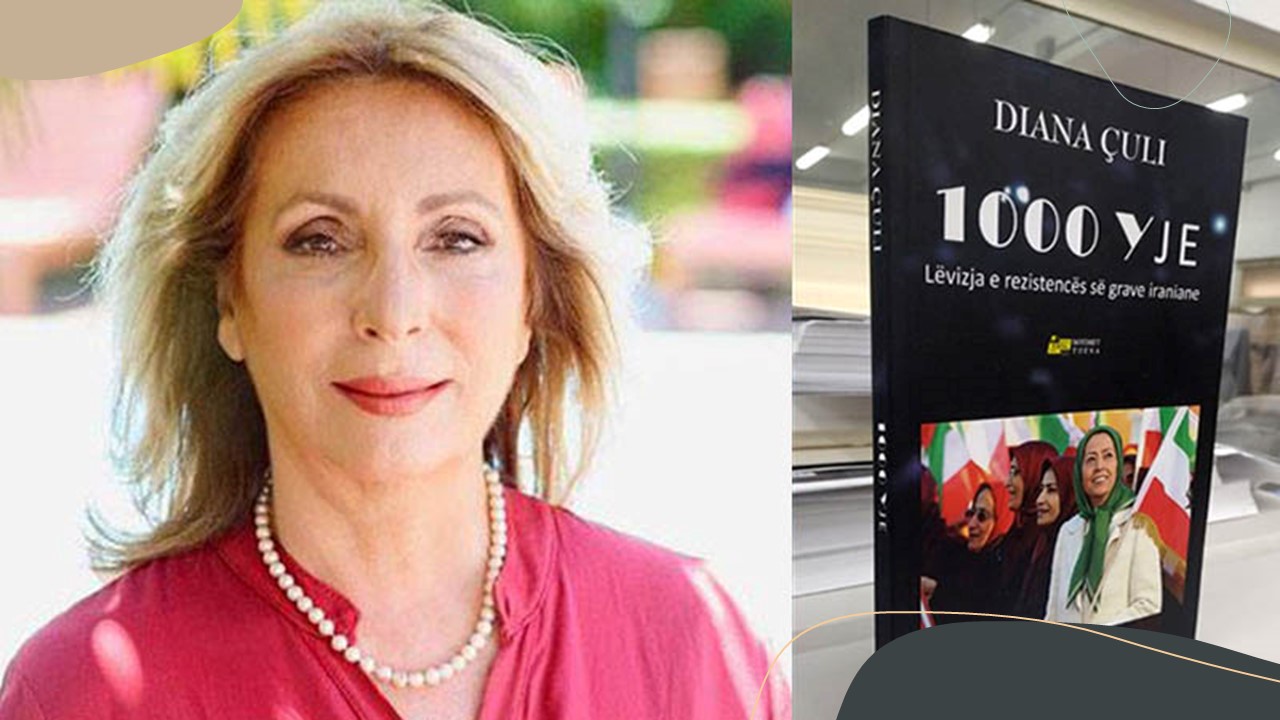 The book “1000 Stars: Iranian women’s resistance movement,” which is in Albanian language, written by Ms. Diana Culi, a renowned Albanian writer, published in August 2020, in Albania.

Diana Culi is an Albanian writer, journalist, and politician born on April 13, 1951, in Tirana. She graduated from the Faculty of Philosophy at the University of Tirana in 1973. She became chair of the Independent Women’s Forum in 1990 and became president of the Albanian Women’s Federation in 2004.

Since 2006, she represented the Albanian Parliament in the Council of Europe. She is a women’s rights activist in Albania.

In 1970, Diana Culi published her first book, “Conscience”. She has published many literary works, including eight books, novels, and screenplays, and has been a writer and playwright for various famous Albanian films.

Ms. Diana Culi became acquainted with the Iranian Resistance in 2014, and she has participated in the annual large gatherings of the Resistance.

With her deep insight into the past dictatorship, she strongly supports the People’s Mojahedin Organization of Iran (PMOI / MEK) and the Iranian Resistance and has participated in many meetings and programs organized by the Women’s Committee of the National Council of Resistance of Iran and the MEK in European countries and Albania.

“1000 Stars: Iranian women’s resistance movement,” has 15 chapters. Ms. Culi started the book by explaining how she started to learn of the leading women in the Iranian Resistance and their big gathering in 2015 in Berlin. She describes the political situation in Iran and the role of women under both the monarchy and the mullahs’ dictatorship. She has eloquently portrayed the suffering of Iranian women and the Iranian Resistance through her direct observations in her book.

In various sections of the book, Diana Culi discusses the struggle of the Iranian women during the Shah’s dictatorship and the mullahs’ medieval dictatorship. She also analyzes the role of women in the MEK and the leadership of Mrs. Maryam Rajavi, the NCRI’s President-elect, and her thoughts and aspirations.