Iran’s Bank-e Meli Robbery: A Heist or a Pre-Staged Show? 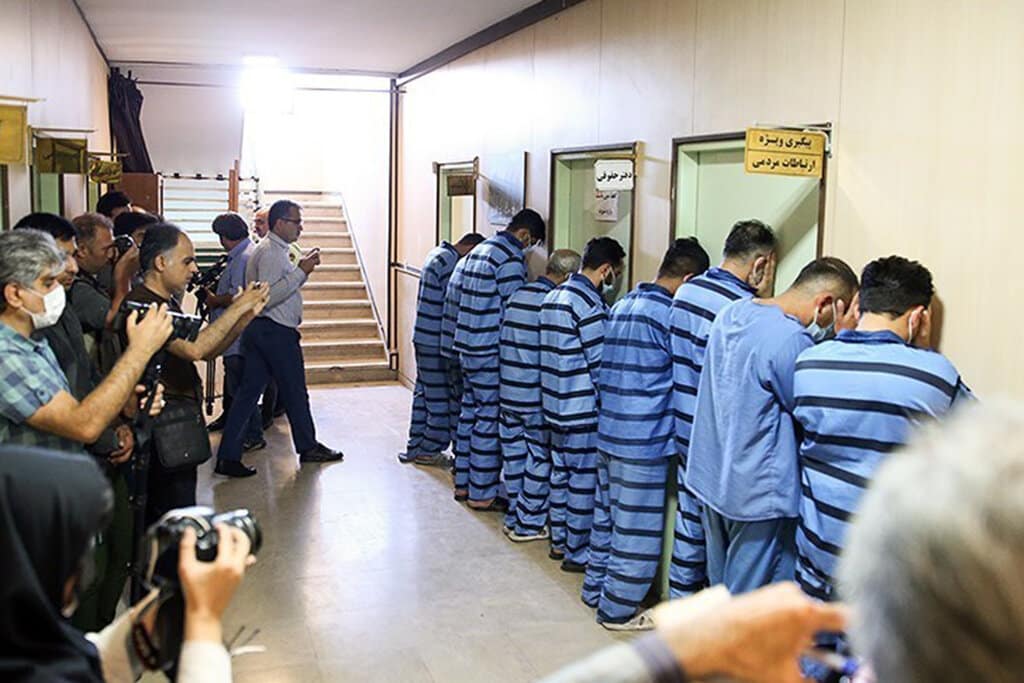 On Monday, Iran’s state TV reported that “burglars cut through the wall of a branch of Bank Meli (Persian for National Bank) from a neighboring building in Tehran.” As a result, hundreds of Iranians lost their life savings.

These burglars entered the bank, had 14 hours to easily dismantle CCTVs and take their memory cards, and made a lot of noise using hand milling machines to cut the safe boxes and steal people’s belongings. Bank alarms sounded, numerous calls were made to the regime’s “security” apparatus, and not even one police officer showed up at the scene.

“The branch did not have a security guard, and the bank found out about the theft after four days. It took about 14 hours for the thieves to take away the money,” Hassan Mounesan, Member of the Board of Directors of Bank Meli, said on June 10. 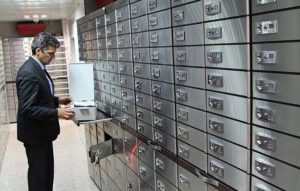 Mounesan acknowledged that this branch has “Seven layers of security and an automated alarm system.” Yet he dodged the question of why burglars easily entered the bank?

For long, Iran’s ruling theocracy justified its cruelty by bragging about “bringing security to the country.” Killing innocent protesters on the streets, arresting those who chant against regime officials, and organized attacks against women are all considered “security measures” by the regime.

While it takes several minutes for state security forces to arrive at the scene of a protest and open fire on unarmed civilians, how did they fail to catch a gang of bandits after 14 hours? There are many speculations about the complicity of the regime officials in this larceny, and given the regime’s institutionalized corruption and history of plundering people’s wealth, the latter is highly probable.

People held weeklong protests demanding their rights. The demonstrations and the slogans of those who fell victim to this systemic scam were later attributed to Iran’s first major uprising in 2018, which rattled the regime’s foundations.

Following the Monday heist, defrauded people gathered at Bank-e Meli’s main branch, demanding their rights. At first, regime officials tried to dismiss the crowd, saying since the safe boxes were not insured, they were not responsible for retributing people’s losses.

These responses allowed people to express their hatred toward Iran’s Thievocracy. Fearing people’s backlash and another series of protests in Iran’s current volatile society, the regime said it would prosecute the thieves.

And finally, on June 9, the state police announced it had captured all robbers and confiscated the fortunes.

Iran’s state media and the Police made a great deal of fanfare about arresting the thieves, bragging about a joint operation with Interpol to arrest several thieves who managed to escape Iran.

People reacted to this circus on social media, mocking that if the regime’s General Command of the Law Enforcement (FRAJA) is so powerful, why did it fail to catch the robbers in the act? This forced Hossain Ashtari, Tehran’s Police Chief, to ridiculously claim they had already arrested the thieves a couple of days before making it public.

Ashtari’s remarks about recovering people’s belongings hinted at the regime’s role in Monday’s burglary. “We have recovered the majority of people’s wealth. Now it is up to them to determine how much they had lost and tell us,” he said on June 9 in an interview with state TV.

According to the regime’s criminal code 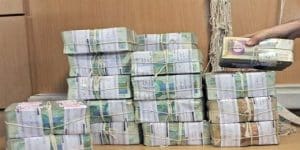 , holding more than 10,000 euros worth of securities equals currency smuggling, thus punishable under the regime’s laws. In other words, people who had their life savings in the bank can now only get back 10,000 euros of their belongings, and the regime pockets the rest. Besides, the regime claimed it had arrested all criminals. So why have they restored only 90% of people’s belongings? What happens to the rest?

Hoping the regime’s FRAJA would restore people’s funds is like expecting an arsonist to put out the arson! FRAJA, formerly known as NAJA, is a corrupted institution.

In 2015, amid the regime’s infightings it was revealed that NAJA and its then-commander Ahmadi-Moghaddam, have embezzled billions of dollars. According to the Iranian Resistance’s exclusive report in 2020,  The Cooperative Foundation of the State Security Forces (NAJA) “today is one of the largest holding companies in Iran.”

According to this report, “In 2014, state-run media estimated the assets of this foundation to be over $3.2B. The enterprises of this foundation include Qavamin Bank, Mehregan Investments, NAJA Hope Insurance Fund, NAJA Science, Education, and Recreation Institute,” among other holdings.

Tehran’s crisis-riddled regime needs more money to fund its terrorism and warmongering policies. So covertly or overtly, it plunders people’s wealth. From devouring oil rigs, monopolizing entire industries, selling soil and trees, or the latest bank robbery that raises so many red flags are all part of the regime’s plan to use every penny it finds to prolong its life. But despite all the wealth the mullahs have looted and plundered from the Iranian people, can they afford to buy more time?