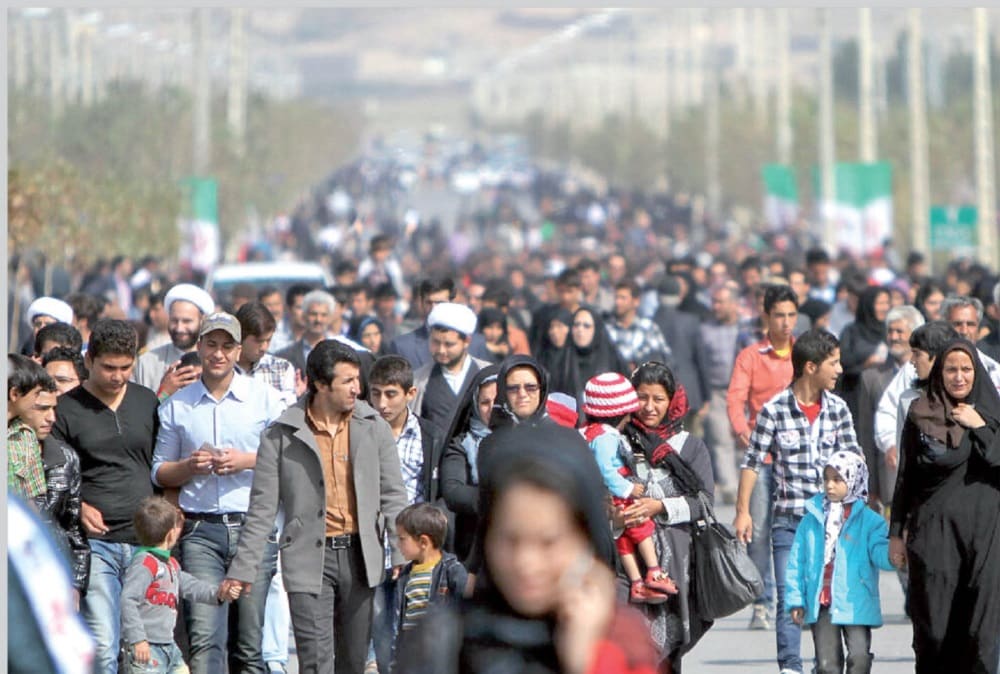 During the public session of the regime’s parliament today, the MPs slammed the IAEA Board of Governor’s resolution rebuking Tehran, calling for more aggression towards the international community.

According to the state-run Tasnim news agency, Hadi Beiginejad, MP from Malayer said: “The Westerners and the Zionists have set up the Atomic Energy Agency to legitimize their coercion in the unjust order they have created!”

“Despite Iran’s goodwill and cooperation with the IAEA, the Board of Governors issued a resolution against Iran,” Zohreh Elahian, a member of the National Security and Foreign Policy Commission said. “Consequently, Iran cut off most of the cameras and increased enrichment. This decisive action by Iran will increase the cost of such political and biased decisions of the IAEA under the influence of international Zionism. The parliamentary security commission finds it necessary to reconsider the nuclear talks.”

Kiomars Sarmadi MP from Assadabad stated: “The recent BoG decision, which has no legal value and has gotten apparently in line with the Zionists’ views. If this approach doesn’t change, we will seriously reconsider how we work with the agency. International terrorists do not have the right to make decisions for international organizations.”

“To gain more concessions from Iran by using the tools of the IAEA, the E3 made a strategic mistake,” MP Ali Khezrian said. “Now we must take action by implementing executive measures, stopping the voluntary steps that we took regarding our nuclear activities and we have to strictly implement the law that aimed to lift sanctions. We must respond to the West’s maximalism in a timely manner.”

Another MP, Mohammad Reza Sabbaghian Bafghi said: “The IAEA has become a tool of the United States and the West. Mr. Raisi, stop negotiating for at least two years but do not tie things with the nuclear issue either. I am certain that the United States and the West will reach out to you again for negotiations. They always want to keep this field inflamed and the economic pressures on the people will increase. But as North Korea stood tall, many countries have had the same experience. India and Pakistan were also sanctioned and they paid the price. They persevered and achieved the results.”

We Need Missiles and the Atom to Be Taken into Account, Khamenei’s Rep 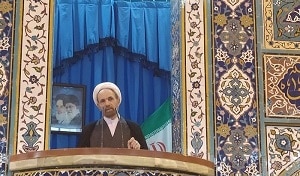 According to state-run Aflak TV, Shamsollah Seraj, Khamenei’s representative in Ilam has said during his Friday prayer sermon: “Once your guys took two Greek ships in the Persian Gulf, we got our oil back. In other words, the Greek Court of Appeals issued an order to release our oil in Greece. The world is like a jungle. If you have the power, they will take you into account. So those who said ‘what are the missiles for or what is the atom for’, now they have to look at where we are. The stronger you are, the more the world takes you into account. Therefore, my opinion is that the Atomic Energy Organization should take out more of these cameras because Europe has proven that it is a colony of the United States.” 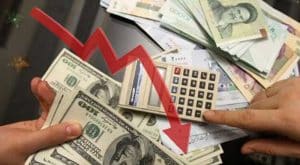 Today, the rise of the US dollar against the Iranian Rial has continued its upward trend and reached 33,000 tomans (one toman is 10 Iranian rials). The USD against IRR has now broken its all-time high record. The dollar was traded at 33,000 tomans on Sunday, which is even 250 tomans more than the average price on Saturday.

The state-run Tazeh News wrote: “We’re at 33 thousand tomans! Where is the head of the Central Bank?”

The state-run Khabaronline wrote: “There was a strange appreciation from a state TV expert who thanked the administration for the 33 thousand tomans record. The economist of “Jahan Ara” program argued that the United States had a plan to increase the dollar to 60 thousand tomans.” 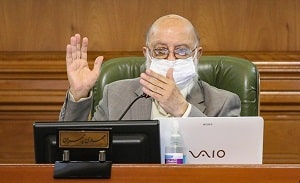 According to the state-run Tasnim news agency, Mehdi Chamran, Chairman of the regime’s City Council in Tehran said: “As I stated in the previous meeting, in a large operation and attack, Tehran Municipality systems were hacked by the enemies and we must accept it as a fact. This cyber-attack was different and incomparable to the hack of the gas station systems.”

He stressed: “Due to the immensity of Tehran Municipality systems and over 50,000 users, contractors and citizens, extensive services are provided to citizens in different sectors, which after the cyber attack there was a disruption in the service.” 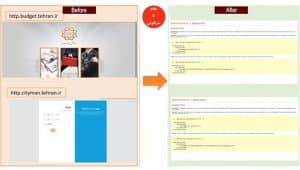 One week following the disruption of Tehran Municipality’s servers, cameras, and network, regime authorities in Iran were still unable to clarify the vast scope of this recent infiltration. The entire system that came under the impact of this latest disruptive measure has yet to return to full-functioning capability and the regime’s relevant entities refuse to provide an adequate report int this regard, especially when it comes to cybersecurity issues. Tehran Municipality officials were silent, leaving the Tehran City Council chief to generally hold “the enemies” accountable for this latest disruption.

Iran: Monthly Report on Freedom and Human Rights Violations – May 2022 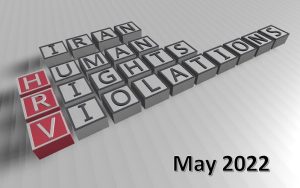 Respect for human rights as a universal value is now considered an important indicator in the evaluation of governments around the world. In Iran, human rights are routinely severely violated in the inhumane Iranian regime headed by supreme leader Ali Khamenei. This piece highlights the extent of the repression in Iran and the judicial performance of the regime in May 2022. Last month, at least 79 people were executed across Iran in various prisons. The age of those executed was between 19 and 50 years, with prisoners being charged for crimes including murder, drug offenses, and being identified as a ‘moharebeh’.

Child Labor, a Symbol of the Pervasive Poverty in the Streets of Iran By recalling this International Day, we want to address the current situation of child labor in Iran. According to unofficial sources in Iran, the number of working children in Iran is between three million and seven million. Ronak Rezai is detained in uncertain conditions in the Sepidar Prison of Ahvaz. Ms. Rezai is a master’s student of cultural studies at Tehran’s Allameh Tabatabai University.

A resident of Abadan, Ronak Rezai was recently arrested amid the protests that broke out after the Metropol building collapsed. Ronak was doing research in the city to complete her thesis.

British Committee for Iran Freedom (BCFIF) Statement: Censuring Iran Is Not Enough to Make Up for Flawed Western Strategy on Nuclear Issues 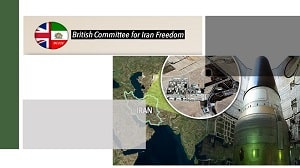 Prof. Lord Alton of Liverpool on behalf of the British Committee for Iran Freedom (BCFIF) on the resolution adopted by the IAEA Board of Governors censuring the regime in Iran issued a statement.

Details of Iran’s non-cooperation were contained in a report by the IAEA Director General Rafael Grossi, published last week, emphasising an absence of technically credible reasons for the presence of nuclear material in environmental samples collected from three undeclared sites after implementation of the 2015 Iran nuclear deal, or the Joint Comprehensive Plan of Action (JCPOA)