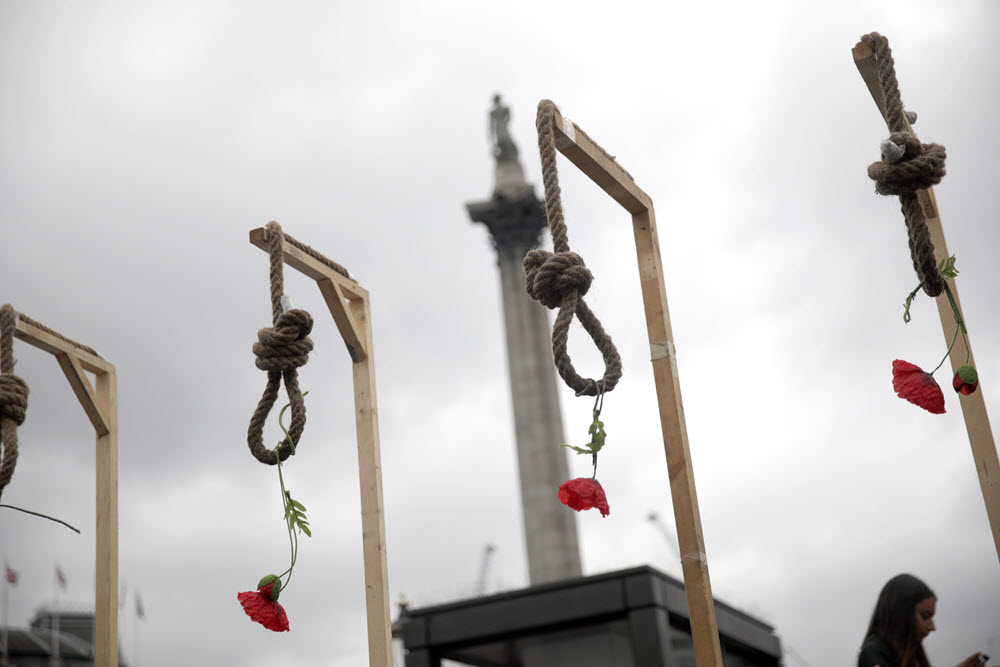 When it comes to Iran’s affairs in recent days, the nuclear deal formally known as the Joint Comprehensive Plan of Action has been the main topic. Many policymakers have emphasized the duplicity in the regime’s new administration’s statements, which proclaimed such commitment but also undermined it by saying that the regime would not resume negotiations in the face of Western “pressure.”
The regime has the ultimate goal of obtaining a nuclear weapon, but meanwhile, it tries to drag its feet with the negotiations and use extortion to pressure the western power. The regime’s new President Ebrahim Raisi has underlined his government’s intention of pursuing the same nuclear extortion as his predecessor.
Raisi was inaugurated on August 5. Within a month of that date, his entire cabinet had taken shape following confirmation of appointees by the regime’s parliament. The appointments only served to reinforce Raisi’s reputation as a human rights violator. He handed influential government positions to a number of individuals who are under sanction or even subject to international arrest warrants, as well as to an unprecedented number of operatives from the Islamic Revolutionary Guard Corps.
The Iranian opposition leader, Mrs. Maryam Rajavi, described the new administration as “the embodiment of four decades of mullahs’ religious dictatorship and terrorism” and said its main objectives will surely be “to confront the people’s uprising, and to plunder the national wealth, step up terrorism and warmongering, and expand the unpatriotic nuclear and ballistic missiles programs.”

The appointment of Mohammad Eslami as the new head of the Atomic Energy Organization of Iran increases the expectations of stepped-up nuclear activities. In 2008, when Eslami was head of Iran’s Defense Industries Training and Research Institute, he was sanctioned by the United Nations for “being engaged in, directly associated with or providing support for Iran’s proliferation-sensitive nuclear activities or for the development of nuclear weapon delivery systems.”
A proper understanding of Elsami’s background should help to resolve whatever genuine uncertainty exists among Western policymakers regarding the regime’s nuclear ambitions at the outset of the Raisi era. At the same time, a proper understanding of other administration officials’ identities, especially that of Raisi himself, in fact implores the international community to avoid becoming mired in negotiations over the nuclear deal, or turn a blind eye to other issues of equal or greater importance to global peace and stability, not to mention the lives of the Iranian people themselves.
Since it became clear that Raisi was on his way to being unilaterally installed as president by Supreme Leader Ali Khamenei, the Iranian Resistance has been working to raise awareness over the clerical regime’s worst crime once again against humanity, and to highlight its ongoing impact on the human rights situation in Iran. As one of four officials who served on a “death commission” in Iran’s capital city during the summer of 1988, Raisi bears particular responsibility for the crime, a nationwide massacre of 30,000 political prisoners which was aimed at stamping out organized opposition to the regime, particularly from the People’s Mojahedin Organization of Iran.
In August, the NCRI held a virtual conference on the 1988 massacre, featuring over 1,000 former Iranian political prisoners and several Western scholars of human rights and international law. In speeches, those experts described how the religious edict underlying the massacre was clearly intended to prompt the execution of any adherent to a brand of Islam that is at odds with the regime’s theocratic fundamentalism. According to Eric David of the University of Brussels, this means that the 1988 massacre “fits perfectly with the definition of article 2 of the 1948 Genocide Convention.”
That assessment was supported by Geoffrey Robertson, a British human rights barrister who has extensively studied the massacre. He noted in his own speech to the NCRI’s virtual conference that the Genocide Convention also obligates signatories to take action against known and suspected perpetrators – and that this obligation is symbolically strengthened by Raisi’s inauguration as the regime’s president.

That development is one of the greatest expressions to date of the regime’s assumption of impunity. Insofar as policymakers around the world have remained silent on Raisi’s appointment, often distracted by myopic concerns over an already-failed nuclear agreement, they have only served to reinforce that impunity. And while Raisi’s central legacy remains the 1988 massacre, the international community’s tacit embrace of his administration has implications for the full range of malign activities that stand poised to accelerate under his leadership.
After all, what other conclusion could Tehran be expected to draw from global inaction over genocide, other than that the regime will continue to enjoy impunity in all other matters including nuclear proliferation? Neither that nor any other issue is as serious or as immediately relevant to Iran’s future conduct as the lack of accountability for what may be the worst crime against humanity from the latter half of the 20th century.