Written by Mansoureh Galestan
25th May 2020 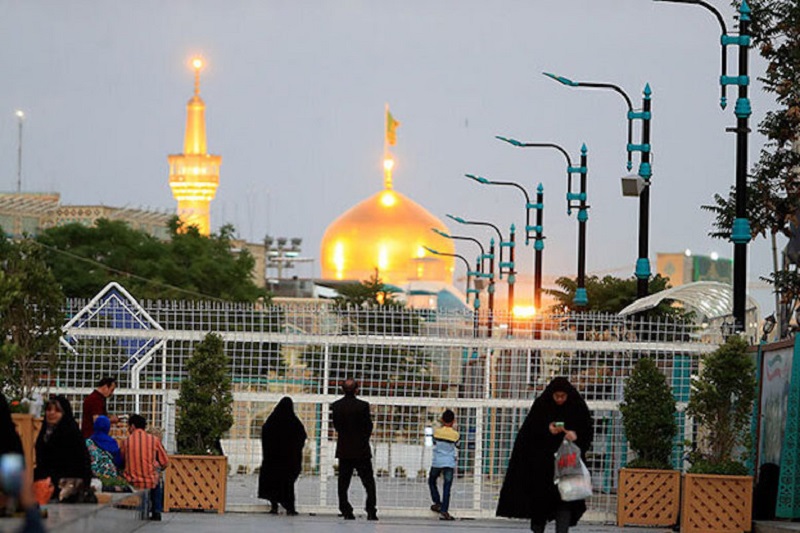 As the Iranian regime’s president Hassan Rouhani had previously ordered, religious sites in Iran were reopened today. This decision which follows the regime’s criminal order of sending people back to work amid the coronavirus outbreak will only result in more casualties.

According to the People’s Mojahedin Organization of Iran (PMOI, Mujahedin-e Khalq or MEK) so far 44,000 people have lost their lives due to the coronavirus.

When the virus was first detected in the city of Qom, where the holy Shrine of Masoumeh (sister of 8th Shiite Imam, Reza who is also buried in Mashhad, Iran) is located, by refusing to close this holy shrine and other religious sites, the regime, along with its cover-up, caused the virus to rapidly spread across the city and subsequently across Iran.

#Iran’s Regime Desperate yet Criminal Decision to Reopen Religious Sites and Sermons Amid Coronavirus #Outbreak The regime intends to use religious sites for political purposes & to financially take advantage of worshipers at the expense of people’s liveshttps://t.co/5eg5ZwDjyB

The regime’s decision to send people back to work was more a political decision than an economic one. Since quarantining people without financially backing them was resulting in more people joining the army of starving people and the possibility of a nationwide uprising due to the economic hardships was looming, the regime forced people back to work to avoid this threat to its existence.

Now the reopening of religious sites is also a political decision. Since the 1979 anti-monarchic revolution, the mullahs’ regime, by misusing Islam, has used religious sites to promote its reactionary and medieval interpretation of Islam, manipulating people by using their religious sentiments to plunder more money under the pretext of taking endowments, and a political tribune. It has particularly used mosques as centers of espionage and oppression; and to mobilize its forces. Mosques across Iran are mostly the headquarters of paramilitary Basij forces.

By taking endowments, the regime has been able to create financial empires and use them to fund its oppression and terrorism.  Behzad Nabavi, a government minister in several administrations, said in an interview with the state-run Alef news agency on September 21, 2019: “In our country, there are four institutions which control 60 percent of the national wealth. This includes Executive Headquarters of Imam’s Directive (Setad Ejraie Farman Imam or EIKO), Khatam-ol–Anbiya Base, Astan-e Quds and Foundation of the Oppressed and Disabled. None of these institutions are in connection with the government and parliament.”

Institutions such as the Astan-e Quds Razavi are being only used to finance terrorism. For instance, a large part of the institution’s funds is dedicated to the Revolutionary Guards (IRGC) extraterritorial force, the Quds Force, and the family members of dead Quds Force terrorists.

Reopening religious sites will result in more COVID-19 deaths and infections, which will certainly add to the Iranian society’s explosiveness. Yet the regime is in a deadlock and much like sending people back to work, it has to reopen religious sites to boost the morale of its forces and organize its repressive forces to confront Iranian people.