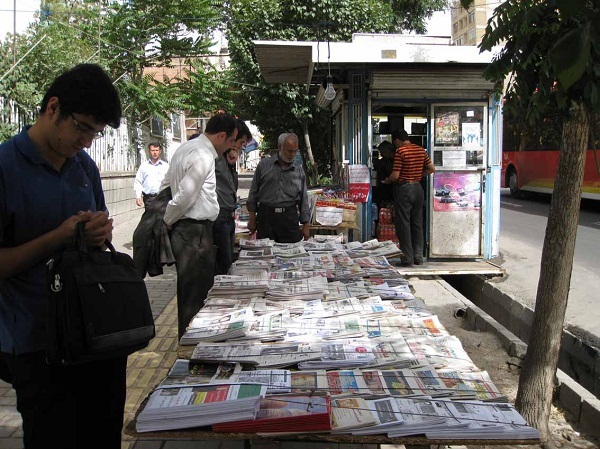 In recent days, Iran’s state media reflected the regime’s fear of the consequences of social and economic crises. One of these media outlets described the restive Iranian society as “fields of wrath.”

Many state-run media outlets referred to the recent tragic murder of two young men and beating of an Iranian woman by the police forces, which sparked furious reactions.

“The publication of two short videos in a matter of days, portrays a small part of the current situation, which cannot be neglected,” wrote Sharq daily on Monday, in an article titled “the fields of wrath.” The videos Sharq daily referred to are the brutal murder of Mehrdad Sepehri, a young man in Mashhad, northeast Iran, and a young woman being beaten by a security guard in Abadan, southwest Iran.

“No one says anything about that security guard. Nobody says anything about the cause of the accident, part of which is a low-ranking official of the Abadan refinery, or the reasons for the girl’s action. In the case of Mashhad, there is no official news as to who the police officer was and why and for what legal reason he committed such violent behavior,” Sharq added in its article.

The regime tried to downplay and even cover-up these incidents. “The worst approach is covering up these matters. To turn a blind eye to anger, violence, and crime under any pretext is to reward criminals and wrongdoers and to help promote violence,” wrote Sharq daily.

Sharq also reminded regime’s authorities that, “In today’s society, it is not possible to cover-up. News spreads fast. If you do not tell the truth, you will make judgments against yourself.

While warning the regime of people’s uprising, Sharq people’s hatred of the regime as “wrath,” and the restive society as the “fields of wrath.”

The country’s critical economic and social conditions have paved the way for developing rage and violence. If the government, law enforcement, and judiciary do not take such a situation seriously, this field of wrath will be widespread.”

In a similar article on Monday, titled “the cycle of violence,” the state-run Jahan-e Sanat warned the authorities of the public’s growing anger toward the regime for its oppression and mismanagement.

“Currently, due to economic, social, political problems, and the lack of a clear future in the country, prepared the ground for depression. This depression and negative emotion threaten even those sections of society who have better economic and social conditions than others, and this depression leads to violent acts,” read Jahan-e Sanat’s article.

“The fact is that happiness in our society either does not exist at all or is limited. The coronavirus outbreak has worsened the situation in the country. Unfortunately, instead of solving this issue, the government is rubbing salt on people’s wounds. Some organizations and institutions, with the support of the law, restrict people’s happiness. Naturally, this restriction and suppression of happiness return to society in the form of depression and violence,” the article adds.

Jahan-e Sant finally warns the regime’s authorities that people’s anger will result in a “huge crisis.” This crisis is a popular uprising for a regime that had its foundations rattled by the previous major Iran protests in November 2019.

“The violence is growing daily in society. We must not forget that in a society where social issues are ignored and abandoned, any anger and disagreement can turn into a huge crisis,” Jahan-e Sanat wrote. 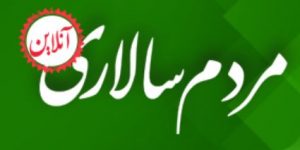 The state-run Mardom Salarie daily on Monday wrote: “What have we done to these people, turning them to powder kegs ready explode in anger?” This cycle of violence warns of more bitter days if we do not take it seriously.”

And those bitter days for the regime are yet to come.