The United States State Department’s Bureau of Democracy, Human Rights, and Labor on August 30, the International Day of the Victims of Enforced Disappearances, condemned the 1988 massacre of Iranian political prisoners. This unpunished crime has allowed the Iranian regime to continue human rights violations until now.

UN General Assembly: Best Opportunity To Hold Iran Regime To Account for Its Serious Past Crimes

The 75th session of the United Nations General Assembly is scheduled to open on September 15, with high-level General Debate beginning a week later. With the Security Council having very recently declined to extend an arms embargo regime, it seems like a foregone conclusion that American objections to that decision will form a substantial part of the debate.

People from all walks of life continuing protests across Iran

The workers in Iran’s oil and petrochemical industries and power plants continued their strike for the 32nd consecutive day in 19 cities across 10 provinces in 38 focal points.

On Tuesday, September 1st, workers of the Haft Tappeh Sugarcane Company continued their protest rally in front of the governorate in the city of Shush, Khuzestan province, southwest Iran, and in front of the office of Kaab Omair, the Majlis (parliament) member representing the city of Shush. The strike has continued for 79 days. Other workers joined their colleagues in this protest.

Iranian supporters of the National Council of Resistance of Iran (NCRI) in Vienna will stage a protest gathering in Vienna to condemn the visit to Austria by the deputy foreign minister of the terrorist, religious dictatorship ruling Iran. They will also call on Austria and other European countries to re-impose United Nations Security Council sanctions on the Iranian regime.
The protesters will emphasize that under no circumstances should Iran’s ruling theocracy be allowed to buy any weapons or sell any arms to its proxy groups in the region. The mullahs must be denied any lifeline, because they will squander the Iranian people’s resources and wealth on fomenting belligerence, exporting terrorism and advancing the regime’s missile and nuclear program.

What are the consequences of lifting of Iran’s arms embargo?

The international community is at a critical juncture on Iran. World powers will have to decide whether they will allow an arms embargo against the Iranian regime to expire in October, or they will continue to deny Tehran open access to advanced weaponry. What are the real consequences of allowing the leading state-sponsor of terrorism and fundamentalism to deal in arms?

Female journalist arrested for reporting on destruction of village

Kowsar Karimi, the female journalist who first reported on the destruction of Abolfazl village in Khuzestan was arrested. The International Federation of Journalists reported this on August 29, 2020. 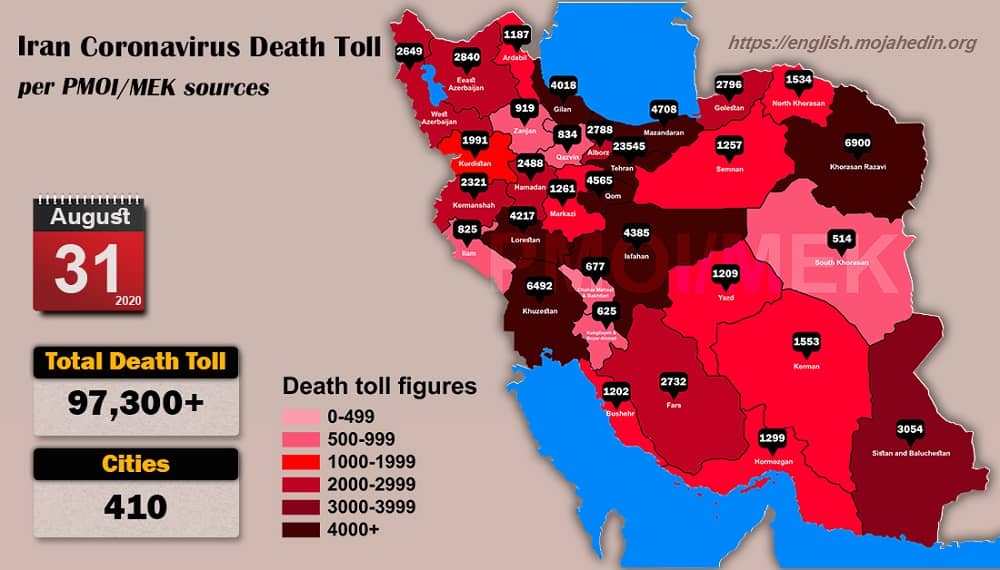 Tuesday, September 1, 2020, marks the 290th day since the beginning of the nationwide Iran protests.

On September 21, the United States Departments of State, Treasury, and Commerce imposed new sanctions on the Iranian regime for its malign activities and...
Read more
News

Iranians now face another crisis along with other crushing economic and social crises: water shortage. This crisis, like others, is the direct result of...
Read more
News: Iran Resistance

Recent nationwide uprisings in Iran are clear signs of the clerical regime’s failure to stamp out organized dissent. At the same time, those uprisings...
Read more
Search