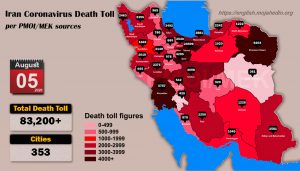 Deputy Head of the regime’s Medical Council: About 6,000 health workers in Tehran were infected with Coronavirus and more than 150 of them died. The number of critically ill patients who need ICU has increased and we are facing a shortage of ICU beds in the country. The shortage of medical staff in the ICU is serious. Another problem is the delay in the payment of medical staff which has been delayed for months. (IRNA, Aug. 5)
Head of the medical team of Khomeini Hospital in Tehran: If we have more gatherings, we will have an unprecedented slaughter. Gatherings must absolutely stop. (Javan daily, Aug. 5)
Arak University of Medical Sciences: Six months after the outbreak, instead of reducing the number of high-risk cities is increasing, daily. We should be expecting terrifying days. (ISNA, Aug. 5)
Mrs. Rajavi hailed the medical staff and said: If it were not for their sacrifice, the number of Coronavirus victims would have been even higher. Instead of fighting the disease, even in the midst of the Coronavirus catastrophe, the inhumane clerical regime, continues to squander the country’s wealth on nuclear and missile projects, warmongering and terrorism, and does not pay the meager salaries of nurses.

Google took down 3 YouTube channels of the Iranian regime

The company had shut down multiple influence operation campaigns that ran out of Russia, China, Iran, and Tunisia.
In total, Google said it tracked ten influence operations in Q2 2020, with some also taking place and being exposed by Twitter and Facebook as well. A summary of all is below.

3 YouTube channels
Linked to Iran
Posted content in Bosnian and Arabic that was critical of the U.S. and the People’s Mujahedin Organization of Iran (PMOI), a militant organization fighting against the official Iranian government 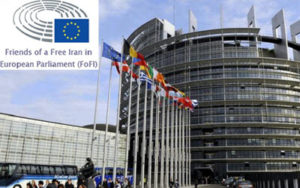 On Wednesday, August 5, 2020, the clerical regime Iran hanged Mostafa Salehi, one of the prisoners of the Dec 2017-January 2018 uprising, in Dastgerd prison in Isfahan. Salehi, 30, was arrested in Kahrizsang, Isfahan, and sentenced to death during a sham trial for “leading the Kahrizsang riots in Najafabad.”
Friends of a Free Iran (FoFI), issued an urgent statement in this regard. The statement condemned the execution and called on the EU to take action in this regard. 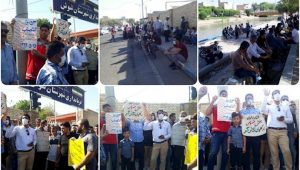 Workers of the Haft Tappeh Sugarcane Company on Wednesday, August 5, continued their protests and on strike for the 52nd day in Shush, Khuzestan province, southwest Iran. A number of these workers rallied outside the governor’s office in Shush where the declared their protests and strike will continue until their demands are met. 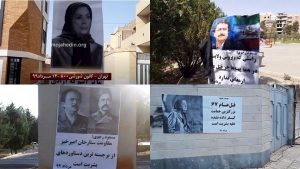 From Saturday, August 1, to Tuesday, August 4, the Iranian Resistance Units, an internal network of activists of the People’s Mojahedin Organization of Iran (PMOI/MEK), have been organizing various activities across Iran that are louder calls for regime change and an end to Tehran’s theocratic rule.

"We are determined to restore freedom and people’s sovereignty in Iran”: MEK Resistance Units

Thursday, August 6, 2020, marks the 264th day since the beginning of the nationwide Iran protests.

Previous articleUrgent Statement of Friends of a Free Iran in the European Parliament
Next articleDespite Iran Regime’s Inaction, Nurses and Medical Staff Are Helping COVID-19 Victims, Risking Their Own Lives

THE CONTENT OF THIS PAGE WILL BE UPDATED WITH THE LATEST NEWS UPDATE: 4:30 PM CEST AP Image coverage of the Iran Policy Summit The conference brought...
Read more
News

THE CONTENT OF THIS PAGE WILL BE UPDATED WITH THE LATEST NEWS UPDATE: 9:00 PM CEST Kurdish political prisoner Heydar Ghorbani is in danger of imminent...
Read more
News

THE CONTENT OF THIS PAGE WILL BE UPDATED WITH THE LATEST NEWS UPDATE: 3:00 PM CEST Press Release: Call by more than 250 European and Arab...
Read more
Search