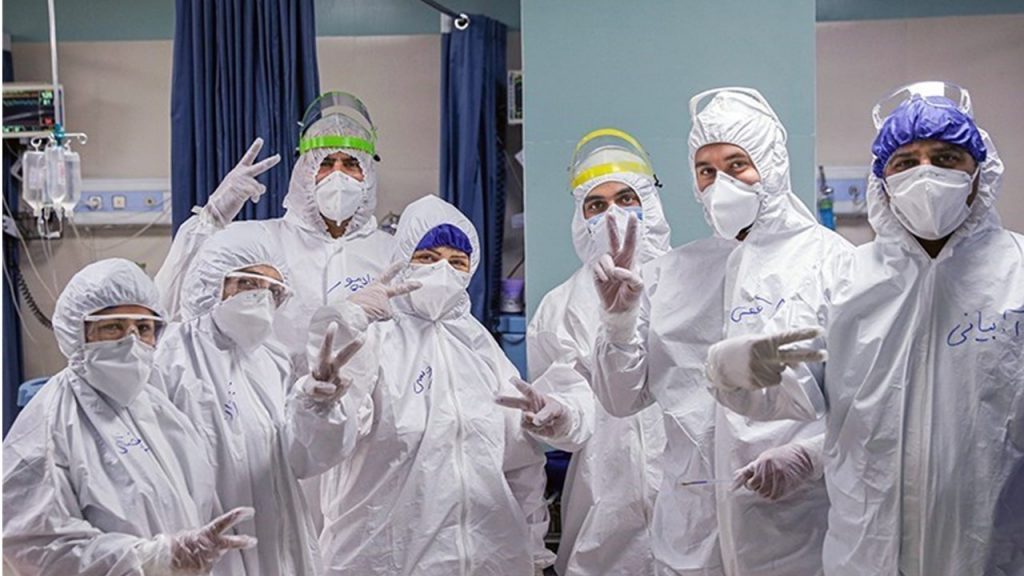 The COVID-19 death toll and infection rate are rapidly rising in Iran. Among victims are hundreds of medical staff and health professionals. Their death and their tireless efforts to help the victims is in the wake of the mullahs’ regime inaction.

According to a report published by the People’s Mojahedin Organization of Iran (PMOI/MEK), over 83,000 people have so far passed away due to the novel coronavirus pandemic. The COVID-19 pandemic was first transmitted from China to Iran in early March and spread quickly due to the regime’s inaction and cover-up. The Iranian regime deliberately used the coronavirus outbreak to control the restive Iranian society. Ongoing oppression and the regime’s systematic corruption and plundering of the national wealth which has pushed more sectors of society into poverty have turned the Iranian society into a powder keg. The coronavirus outbreak was a momentum for the regime to prevent the society from erupting by sending people to the COVID-19 minefield.

Yet, in the face of the regime’s deliberate inaction, Iranian medical staff, physicians, nurses and other health professionals rushed to the aid of victims. Their selflessness in helping the victims, amid shortage of medication and lack of governmental support, was widely admired by the Iranian citizens.

Instead of helping them, the regime has not only refused to materially support Iranian hospitals and their medical staffs but has been delaying in giving nurses their paychecks. In addition, the regime’s officials sign an 89-days contract with nurses to avoid giving them insurance. This is while these nurses are risking their lives.

In an interview with the state-run IRNA news agency on Wednesday, Alireza Salimi, deputy chief of the regime’s Medical Council, said: “The index of coronavirus patients entering hospitals has changed, and the number of acute patients in need of ICU has increased. As a result, we are facing a shortage of ICU beds across the country. We are in very difficult circumstances, facing decisions to empty ICU beds and choose new patients. One of the shortages that is currently very serious is the shortage of staff in the ICU sections. The current staff is tired and overly fatigued. This lowers their bodies’ immune system and increases the possibility of them being contaminated with the illness. The individuals working in ICUs are being contaminated at three times the rate of ordinary people. Those who get ill may show a negative Covid-19 test after a period of 14 days. However, it will take months before they can return to their normal status and be able to work again. The issue of fatigue among the medical staff is serious. Officials need to discuss this and make decisions. Another issue is that our medical staff have seen their paychecks being delayed for months now. Around six thousand members of the medical staff in Tehran have been contaminated with Covid-19, and more than 150 have lost their lives.”

Mistreatment of nurses and their harsh working condition in Iran is not new. In January 2019, the state-run IRNA news agency wrote: “Non-implementation of the law on tariffs for nurses’ services, hard work, psychological and physical injuries, insufficient salaries, benefits, etc. are among the demands of nurses. According to international nursing standards, the number of nurses should be three times that of doctors or twice the number of available hospital beds; but this figure is the same for each category in our country, and this issue has caused additional pressure on the staff of the nursing complex.”

While the Iranian nurses and medical staffs are risking their lives to help people and are being mistreated, the Iranian regime continues using national wealth for terrorism.  The National Council of Resistance of Iran (NCRI), based on the MEK’s information obtained from within the regime, previously revealed: “The monthly salary of IRGC mercenaries in Syria, according to information released by the Office of the National Council of Resistance of Iran in the US in July 2016, averages about $1,000 a month. At that time, there were about 70,000 IRGC foreign mercenaries in Syria, including Iraqi (Heydarion), Afghan (Fatemiyoun), Lebanese (Lebanese Hezbollah), Pakistani, and Iranian Revolutionary Guard Corps (IRGC) members.”

In addition, many of these nurses and medical staffs have been arrested or fired for telling the truth about the coronavirus outbreak, or what the regime calls “rumor mongering.”

In this regard, Mrs. Maryam Rajavi, the NCRI’s President-elect, while hailing Iranian nurses and medical staff, said: If it were not for their sacrifice, the number of Coronavirus victims would have been even higher.  Instead of fighting the disease, even in the midst of the Coronavirus catastrophe, the inhuman clerical regime continues to squander the country’s wealth on nuclear and missile projects, warmongering and terrorism, and does not pay the meager salaries of nurses.