Maryam Rajavi: The secret to our progress over the 40 years of struggle against the religious fascism in Iran, has been persistence, perseverance and paying the price of freedom

The secret to our progress over the 40 years of struggle against the religious fascism in #Iran, has been persistence, perseverance and paying the price of freedom. #FreeIran2020 pic.twitter.com/y0HUjdycVW

According to the Iranian opposition, nearly 70,000 people have lost their lives due to the novel coronavirus pandemic in Iran. Since the beginning of this crisis, the Iranian regime resorted to cover–up and inaction to divert people’s attention from their righteous demands and control the restive Iranian society. This was because the November 2019 and January 2020 nationwide Iran protests had shaken the regime’s foundations, and the mullahs know the next uprising will end in their downfall.

… In this regard, the state-run Mostaghel daily published an article. 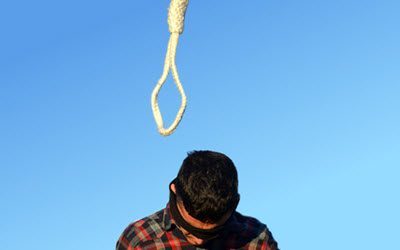 The Iranian regime executed a man in Iran for consumption of alcohol. This execution shows both the regime’s brutality and viciousness, and its fear of the restive society. This execution was a criminal act aimed at spreading fear among the people of Iran.

The victim, identified as Morteza Jamali, was the father of two small children. This execution is against all the teachings of Islam and could only be justified by the mullahs’ regime reactionary and medieval interpretation of Islam, which mirrors that of the Islamic State’s terrorist organization.

Iranian exiles around the world will gather via Zoom on Friday to attend the first virtual gathering of an annual event, the Free Iran Global Summit, that aims to unseat the hard-line regime in Tehran.
The exiles and their high-profile allies, who include Rudy Giuliani, Joe Lieberman, and others, support the National Council of Resistance of Iran (NCRI), a coalition that formed more than 40 years ago.

Free Iran Global Summit is the largest virtual gathering since the novel coronavirus began. Tens of thousands of freedom-loving Iranians along with hundreds of dignitaries will gather to condemn the Iranian regime’s terrorist activities and to support regime change by the people of Iran.
Join us on July 17, 2020, 3:00 pm CET, 6:00 am PDT, 9:00 am EDT

Alireza Jafarzadeh Deputy Director of the National Council of the Resistance of Iran.
Friday, July 17th, 2020 the NCRI is hosting and internet A Global Summit: Iran Rising Up for Freedom at 9:00 PM EDT.. #FreeIran2020

In response to the inhuman policies of the ruling theocracy in Iran, including the plunder of the nation’s wealth, the workers and laborers protests across the country continued in July.

Ali Khazarian, a member of the Iranian regime’s Majlis (parliament), said in an interview with the state-run Asre Iran daily on Saturday saying, “Currently, Majlis members are signing a bill that obliges the government to exit the Additional Protocol.”

This MP further explained about Tehran’s possible pullout of the 2015 nuclear deal, known formally known as the Joint Comprehensive Plan of Action (JPCOA) and a bill in this regard. “This issue must be technically evaluated in the Majlis National Security Commission, taking into consideration our current circumstances. However, for us to remain in the JCPOA framework or if we decide to pull out of this agreement, we need to seek solutions for our domestic issues,” he added, shedding more light on regime officials’ growing concerns about internal issues rendering a new round of nationwide protests even more dangerous for the regime than the November 2019 uprising that spread across the country like a massive forest fire.

The women of MEK: Five decades of struggle for freedom in Iran

Iranian women’s struggle for freedom has had many torchbearers over the decades. Many known and unknown heroines who sacrificed their lives, family, homes, wealth and fame etc. for the cause of freedom.

There are heroines such as Fatemeh Amini and Mehrnoush Ebrahimi, who sacrificed their lives in the struggle against the Shah and became role models for female intellectuals and university students who were willing to make a sacrifice for change to happen. Or Ashraf Rajavi, a Bachelor of physics from Tehran’s Sharif Industrial University. Despite having the opportunity to lead a good life, Ashraf chose to help the underprivileged and travelled long distances to various cities and villages to learn about their problems and help them find solutions. She got to know the People’s Mojahedin Organization of Iran (PMOI/MEK) and became an elite member of the organization. Her pioneering efforts inspired many young women and girls who joined the MEK movement after the revolution, and she became their role model. Today, her name symbolizes the dedication of Iranian women to freedom, and the MEK has named its headquarters, Ashraf 1 and Ashraf 3, after her.

Monday, July 13, 2020, marks the 240th day since the beginning of the nationwide Iran protests.

THE CONTENT OF THIS PAGE WILL BE UPDATED WITH THE LATEST NEWS UPDATE: 10:30 AM CEST Iran: Coronavirus Death Toll in 373 Cities Surpassed 84,900 The People’s Mojahedin...
Read more
Latest News in Brief

THE CONTENT OF THIS PAGE WILL BE UPDATED WITH THE LATEST NEWS UPDATE: 18:00 PM CEST Bahrain seizes two vehicles from Iran loaded with explosives Bahrain authorities...
Read more
Search