Iran Rising Up for Freedom | Resistance Units Key to Victoryhttps://t.co/tGC1qFHgvk

The Iranian Resistance Units, a network of activists of the People’s Mojahedin Organization of Iran (PMOI/MEK) across Iran, have been organizing various activities that are louder calls for regime change. The Resistance Units bravely took to graffiti in public places and sent personal messages, announcing their support for the annual gathering of the Iranian Resistance the “Free Iran Global Summit: Iran Rising Up for Freedom” with the slogans: “Down with Khamenei, hail to freedom, we are ready to overthrow the regime,” “Down with the principle of the Supreme Leader’s rule,” “We can and we must free Iran,” “Democracy and freedom with Maryam Rajavi, down with Khamenei, hail to Rajavi,” “Iran will be free,” and “Maryam Iran, Iran Maryam.”

Free Iran Global Summit 2020 mobilizes supporters across the world in a show of support for democracy and justice in Iran.

“This is not an Iranian issue; this is a human rights issue…We must join together and stand for a free Iran.” – Samira Ardalani, Iranian Youth Democratic Association #FreeIran2020https://t.co/CEMSpTBFAl

Join us as we unite for freedom and democracy in Iran at #FreeIran2020 Global Summit. Join Former US Senator @KellyAyotte and reject theocracy by RSVPing at https://t.co/aTSxVh8WuG. pic.twitter.com/nipRjUcfxp

We are more determined than ever to continue the struggle for freedom. Join Former US Senator @KellyAyotte in the #FreeIran2020 movement and RSVP at https://t.co/aTSxVgRl66. pic.twitter.com/9dbFqrCmtB

The Largest Ever Online Summit

Resistance Units Are the Key to Victory

The annual gathering of the Iranian Resistance in support of the Iranian people’s uprising to overthrow the corrupt and criminal regime will take place on Friday, July 17, 2020. This gathering, which will link simultaneous rallies in major cities in Europe, the United States, and Australia with more than 30,000 connection points, will be the largest gathering of its kind in support of a free Iran.

As the date of the Free Iran Global Summit on 17 July 2020 draws closer, the event is being covered by the media outlets. This event will be held virtually by the National Council of Resistance of Iran (NCRI) connecting over 30,000 locations in 102 countries around the globe. Hundreds of thousands of Iranians will be joining the NCRI’s Free Iran Global Summit. This event will be attended by around 1,000 renowned politicians from both sides of the Atlantic. 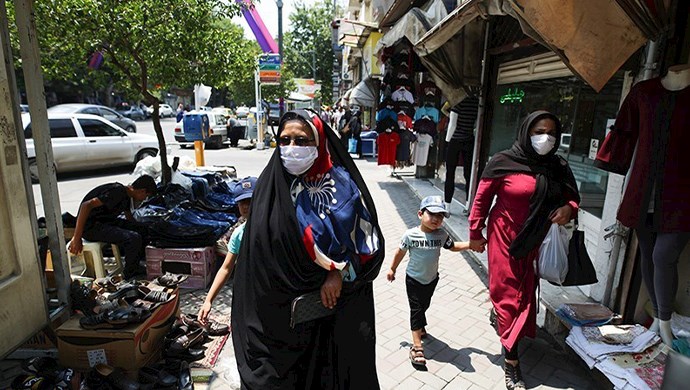 Over 71,700 people have died of the novel coronavirus in 346 cities checkered across all of Iran’s 31 provinces, according to reports tallied by the Iranian opposition People’s Mojahedin Organization of Iran (PMOI/MEK) as of Thursday afternoon local time, July 16. The official death count declared by the regime stands at 13,608 around a sixth of the actual figure.

Protests by retirees and workers reported in various across Iran

In Tehran, retirees rallied outside the Labor Department and were attacked by security forces and plainclothes agents who intended to disrupt their gathering. However, the retirees withstood these attacks and continued their protest gathering. Authorities had dispatched at least seven vehicles to the site to both arrest the protesting retirees and disrupt the entire rally.

Friday, July 17, 2020, marks the 244th day since the beginning of the nationwide Iran protests.