July 16 – Behbahan, southwest Iran: Locals chanting, “Bassiji, shame on you! Let go of the country!”
The Bassij are the regime’s main arm for domestic crackdown.

The Bassij are the regime’s main arm for domestic crackdown.#IranProtests pic.twitter.com/4C7CBIElxM 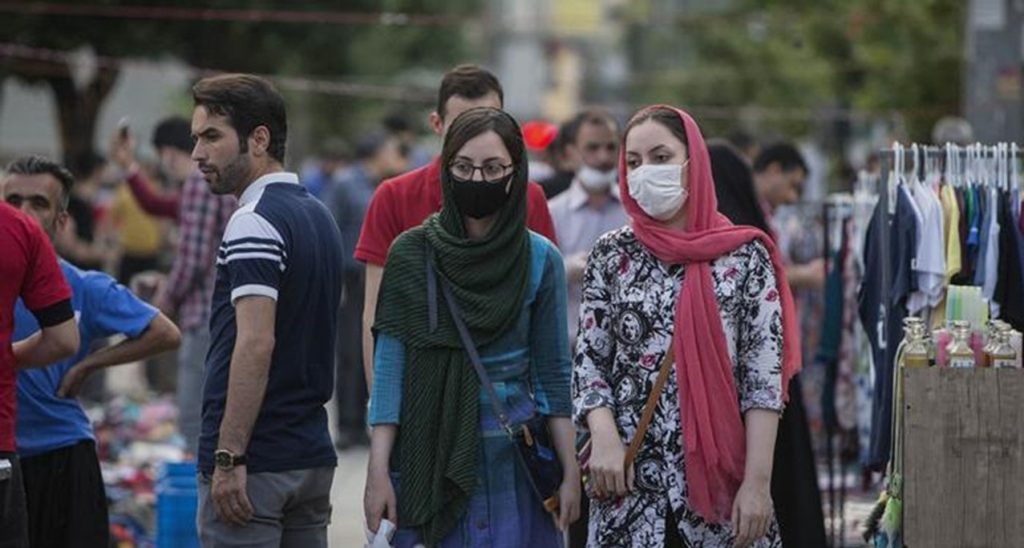 This Friday marks the annual gathering of Iranian expatriates organized by the National Council of Resistance of Iran. From its inception in 2004 until 2018, the event took place near Paris each summer. In 2019, it was instead held at the recently completed compound in Albania that houses members of the NCRI’s main constituent group, the People’s Mojahedin Organization of Iran (PMOI-MEK). This year, because of the coronavirus pandemic, it was not possible to organize an event according to the same protocol. But it will go forward all the same, with participants gathering in small groups in their home countries or tapping into the livestream from their own homes. 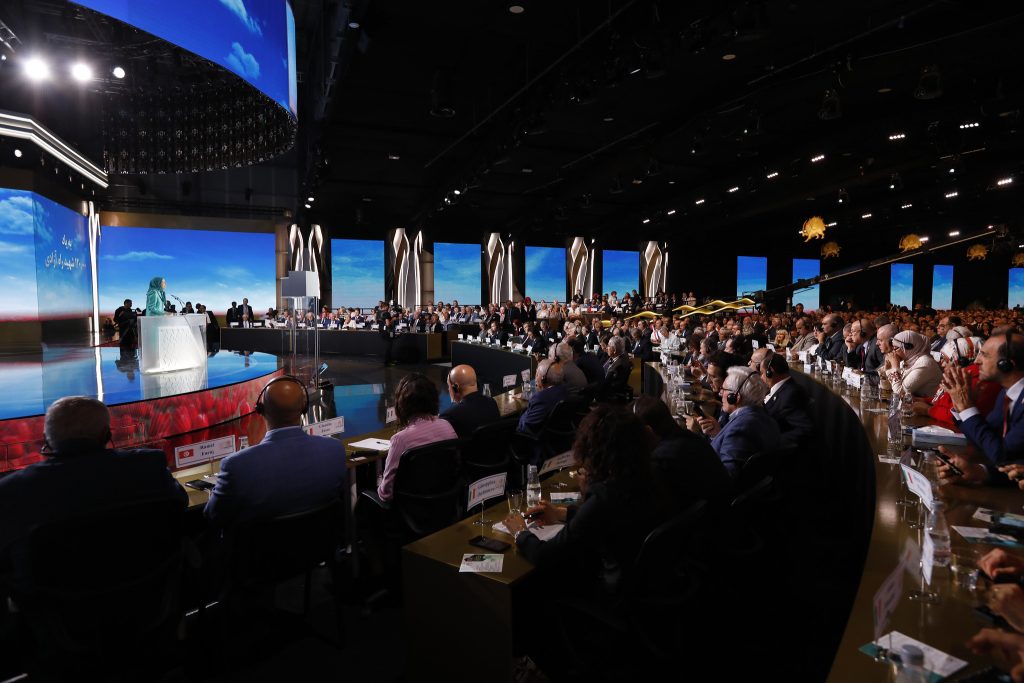 The National Council of Resistance of Iran (NCRI) will hold its annual “Free Iran Global Summit” on Friday, 17 July 2020. This virtual event will connect over 30,000 online locations from four corners of the world. Around 1000 renowned politicians from both sides of the Atlantic will join this event.

Recently, the Iranian regime signed a new agreement with Syrian dictator Bashar al-Assad affirming ongoing military cooperation, including the transfer of weapons needed to bolster Syria’s air defense. Mohammad Bagheri, the Chief of Staff of Iran’s armed forces, specifically celebrated this development as a sign of achievements by the “Axis of Resistance” against Western regional influence. “The signed agreement strengthens our will and our determination to cooperate in the face of American pressure,” he noted.

This morning, July 15, the trial of Assadollah Assadi, an Iranian regime diplomat, who conducted and carried out the plan to bomb a massive Iranian opposition gathering on June 30, 2018, in Villepinte, Paris, began in the court of the city of Antwerp in Belgium. Along with Assadi, three of his accomplices, Amir Saadouni, Nasimeh Naami, and Mehrdad Arefani, will also be tried.

This is the first time a diplomat in Europe has been put on trial for direct involvement in terrorism. This shows that the regime does not spare any crime and expense to destroy the Mujahedin-e Khalq (MEK/ PMOI) and the Iranian Resistance as the main threat to its existence. 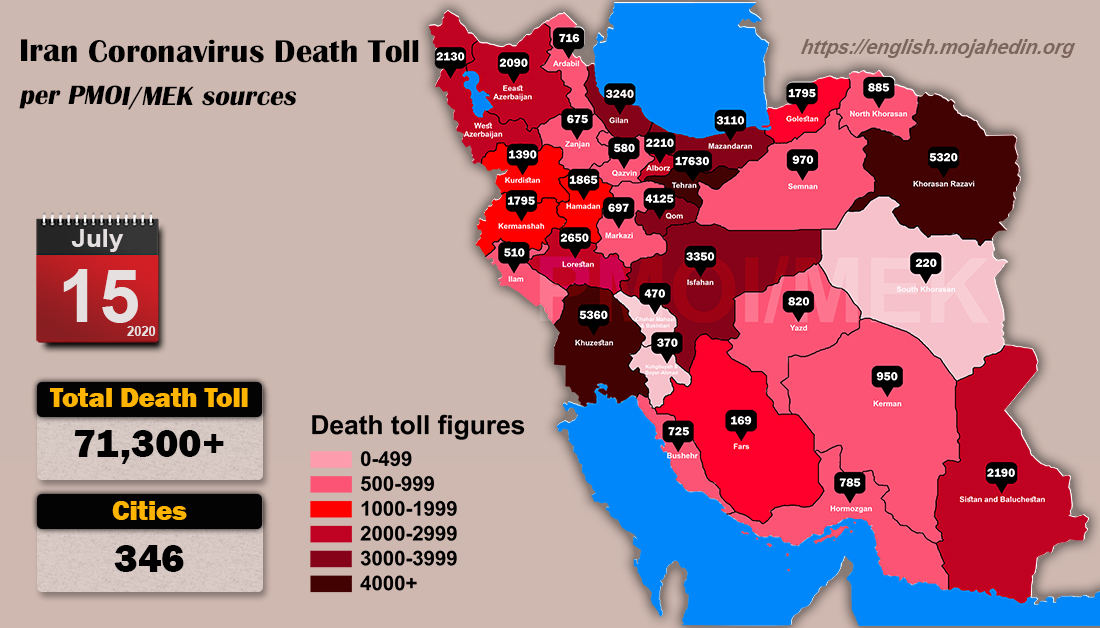 Unprecedented dimensions of the Coronavirus disaster in Tehran and Alborz provinces
Iraj Harirchi, Deputy Health Minister: 15 provinces and 187 cities are red, and 92 cities in orange situation and this is concerning
Alireza Zali, head of the National Coronavirus Combat Taskforce (NCCT) in Tehran: Tehran, is facing a unique situation. In the past 24 hours, we hospitalized 890 Coronavirus patients. The week-long restriction will not suffice. It should be extended in the coming weeks.
Alborz Governor: 50 people lost their lives in the past 48 hours in Alborz
The rate of Coronavirus transmission in Qom has increased three to five-fold in recent weeks
According to the NCCT, 18 people died of Coronavirus in Kerman last night, the highest death toll based on the state-controlled statistics since the beginning of the pandemic.

Former New York Mayor Rudy Giuliani announced on his Twitter account on Sunday, July 11, that he will participate in the annual gathering of the Iranian Resistance, the “Free Iran Global Summit: Iran Rising Up for Freedom,” along with other prominent American leaders, Joseph Liberman, Judge Michael Mukasey and Senator Robert Torricelli.

“Senators Lieberman and Toricelli, Judge Mukasey and I and many other leaders, worldwide, will be speaking. There are real possibilities for a free and non-nuclear Iran. Join us to find out,” Giuliani tweeted.

Giuliani and Liberman, a former U.S. senator and Vice Presidential candidate in the 2000 election, have participated in “Free Iran” gatherings of 2018 in Paris and 2019 in Ashraf 3, home to 3000 members of the People’s Mojahedin Organization of Iran (PMOI/MEK).

Also, on June 30, a bipartisan group of renowned politicians, and dignitaries from the U.S. declared in a joint letter their support for the MEK and the National Council of Resistance of Iran (NCRI).

With two days left to the annual gathering of the Iranian Resistance, the “Free Iran Global Summit: Iran Rising Up for Freedom: MEK Resistance Units Are the Key to Regime Change in Iran” which will be held online on July 17, activists inside Iran are showing their support for this important even.

The gathering will be held in Ashraf 3, home to 3,000 members of the People’s Mojahedin Organization of Iran (PMOI/MEK) in Albania, and will be joined online by people from 30,000 locations in Iran and 100 countries around the world, including 1,000 renowned politicians, dignitaries, human rights activists, and parliamentarians from the US and Europe.

The Resistance Units bravely took to graffiti in public places and sent personal messages in support of Maryam Rajavi, the President-elect of the National Council of Resistance of Iran (NCRI), and the Free Iran gathering 2020. Their activities and personal messages express the Iranian people’s determination to overthrow the mullahs’ regime and desire for a free and democratic Iran.

Women fight forest fires with bare hands in at least 2,000 points in Iran 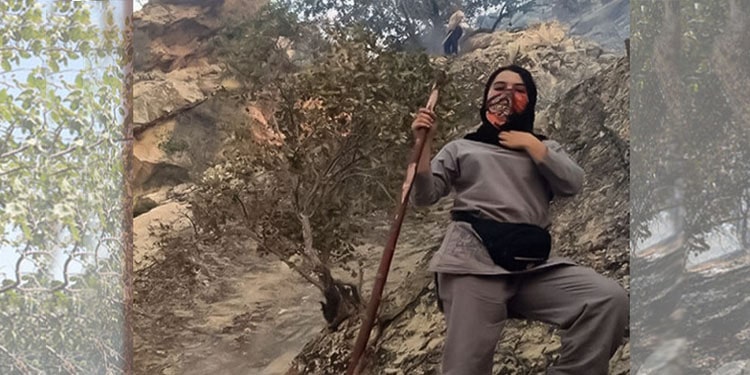 Wildfires have burned down an estimated 2,000 locations in Iran’s forests in recent months, particularly in the Zagros Mountains’ forests and the protected forests in southwestern Iran. Successive forest fires started on May 22, 2020 and spread through three Iranian provinces. In contrast to the regime officials who did not take any effective measure to extinguish the fires, locals including many women rushed to put out the fire empty-handed and without any equipment.

Regime inaction even as fires spread in Iran’s ancient forests
Wildfires destroyed the Zagros forests and natural areas of Kurdistan, Khuzestan, and Kohgiluyeh and Boyer-Ahmad provinces and extended to the Caspian Hyrcanian mixed forests in Aras, East Azerbaijan in June. 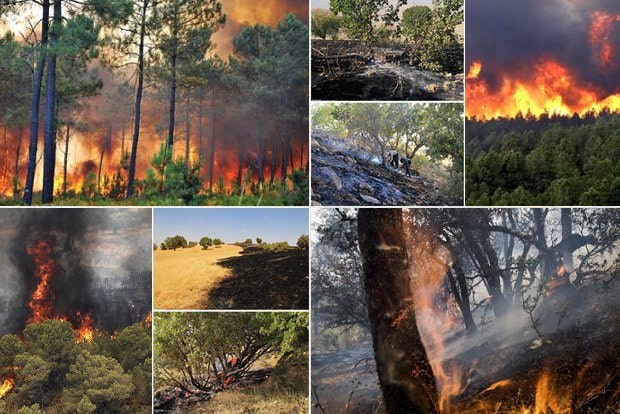 Thursday, July 16, 2020, marks the 243rd day since the beginning of the nationwide Iran protests.

Previous articleIran: Trial of Assadollah Assadi, the Terrorist Bomber Diplomat and Three Criminal Accomplices in Belgium
Next articleIran’s Military Threats Are a Fantasy Designed to Hold Back Regime Change