The ongoing protests in Iraq, Afghanistan, and Lebanon against corruption and particularly Iran’s meddling in these countries is a heavy blow to the Iranian regime’s so-called strategic depth.

The new wave of protests in Syria, particularly in regions under Bashar-al Assad’s control with the majority of Alawi Shiite residents, is a serious blow to the Iranian regime’s meddling in this country.

The Washington Post published an article on June 13 about Marjan, an Iranian renowned singer, and actress who passed away on June 5, in a hospital at Los Angeles.

Born Shahla Safi Zamir in 1948, Marjan was one of the well-known Iranian artists and her songs very much loved by the Iranian people. After the anti-monarchic revolution in 1979, like many other artists, she was banned from singing. She was a supporter of the People’s Mojahedin Organization of Iran (PMOI / MEK) until her very last days. She was arrested along with her husband, one of Iran’s well-known movie directors Ferydoon Jourak, in 1982 for supporting the MEK. Her resistance in the regime’s dungeons inspired many inmates.

Details and Documents on the Transfer of 60 Protesters Wounded in the November Uprisings to the Hospitals in Tehran by the Emergency Organization from November 15 to 18, 2019 including six women and 54 men, 5 of whom registered as unidentified (First series – Documents of transferring six injured women to the hospital)

The Security and Counterterrorism Committee of the National Council of Resistance of Iran has obtained the names, details, and documents of the transfer of a number of those wounded of the November uprising to the hospitals in Tehran. The transfer documents of 60 injured people are available, which, of course, are a very small part of the reality of the November major uprising.

Amid the COVID-19 Crisis, Why is Seeking Regime Change in Iran Important?
Change is on the way and the world must stand behind the policy of regime change
Over 50,900 people have died of the novel coronavirus in 330 cities across all of Iran’s 31 provinces
No one but the regime is responsible for this catastrophic status quo
Regime officials must be held accountable for this disaster in Iran
WHY?
They ignored warnings despite knowing about the COVID-19 outbreak in Iran
The regime misled the public to prevent the virus from impacting the Feb 21 sham parliamentary elections
Khamenei tried to downplay the coronavirus crisis:
“In comparison to other problems, this is very small.
This can be an achievement. If we have these achievements, the disaster will become a blessing for us.”
The 8-year war between Iran and Iraq was also described by Khomeini as “a gift from God.”
The Revolutionary Guards (IRGC) is the cause of COVID-19 spread in Iran.

Mahan Air, controlled by the IRGC, continued passenger flights into China well into the month of March.
The regime knew about the COVID-19 outbreak even in January 2020.
The regime was fully aware of the coronavirus outbreak
but the regime’s cover-up resulted in the spread of the virus to many cities of Iran and foreign countries.
The Iranian people believe that the regime is the source of all their problems within the past four decades.
And they want to overthrow this regime.
Time is up for the ruling mullahs’ theocracy.
The Iranian people and their organized resistance have the capacity and ability to bring about change.

Despite the unprecedented security measures adopted by the clerical regime’s agents and security forces, simultaneous with Khomeini’s death anniversary, the founder of the religious dictatorship ruling Iran, defiant youths set fire to his banners and targeted the regime’s repressive centers.

United Nations urged to save the lives of Ali Younesi, Amir Hossein Moradi

Reacting to political prisoner Ali Younesi contracting Coronavirus, Mrs. Maryam Rajavi, the President-elect of the National Council of Resistance of Iran (NCRI), said that the conduct of the mullahs’ regime vis-à-vis these prisoners, despite all previous warnings and positions taken by various international agencies and organizations is a manifest case of crime against humanity. Apparently, under internal and international pressure over the arrest of Amir Hossein Moradi and Ali Younesi, two elite students at Tehran’s Sharif University of Technology, the mullahs’ regime is intent on murdering them with Coronavirus. The regime is using the Coronavirus as a replacement for the execution of prisoners, especially political prisoners.

39 years of Resistance, Day of Martyrs and Political Prisoners Overthrow of Mullahs’ Regime Indispensable to Democracy, Justice in Iran 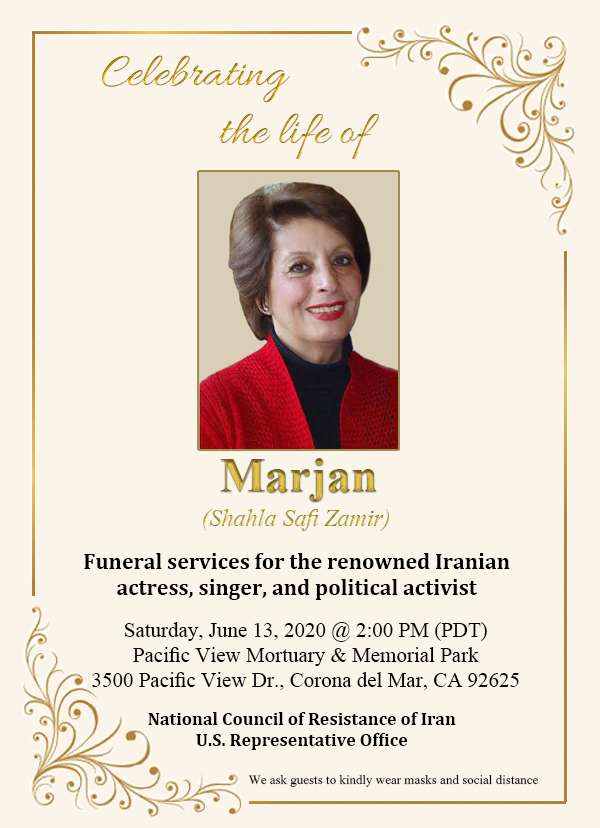 In order to ramp up pressure on women political prisoners, the Iranian regime’s judiciary has summoned and filed new cases against them.
Political prisoner Maryam Akbari Monfared was orally summoned to the Evin Courthouse on Wednesday, June 10, 2020. However, she refused to turn out for the hearing.
Also, on Saturday night, June 6, 2020, the Evin Prison authorities informed Atena Daemi that she had been summoned to the Evin Courthouse on the morning of June 7.
Read more

Saturday, June 13, 2020, marks the 212th day since the beginning of the nationwide Iran protests.