The Romanian Parliamentarian Committee for a Free Iran and International Christian Peace Movement from Australia, in two separate letters, condemned the Iranian regime’s arrest and torture of two Iranian elite students, Amir Hossain Moradi and Ali Younesi, along with 18 other individuals, arrested for having alleged connection with the People’s Mojahedin Organization of Iran (PMOI, Mujahedin-e Khalq or MEK). These two organizations also urged the United Nations and its related organizations, particularly the UN High Commissioner for Human Rights Ms. Michele Bachelet, to intervene and halt the torture and possible execution of the detainees and secure their release.

A Report on the Actual Number of Coronavirus Victims in Tehran May 29, 2020

According to the latest government numbers, as of Thursday, May 28th, 7,627 have died in Iran because of contracting coronavirus.

Worries and distrust have swirled since the early days of the virus outbreak in Iran about the verification and accuracy of the regime’s data. Since the outset, the regime has refrained from releasing provincial data of the pandemic, insisting instead on general national statistics. Tehran has declared it criminal to report on any figures outside the government channels, and many people have been arrested as a result.

On the other hand, the Iranian Resistance has been issuing daily reports on the coronavirus deaths in Iran since February 20, 2020. The reports are based on data compiled from doctors, nurses, medical personnel, morgues, cemeteries, and reports obtained from inside the regime. 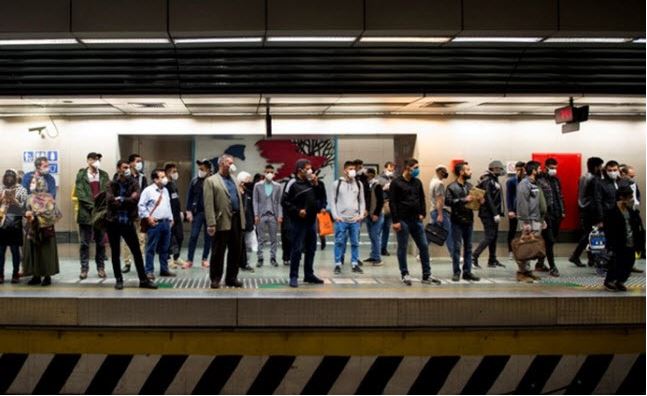 Maryam Rajavi: The mullahs’ inhuman regime is responsible for the new wave of the coronavirus outbreak and the growing number of victims in Iran

They do not think of anything but further plunder and preservation of their disgraceful rule.

The mullahs’ inhuman regime is responsible for the new wave of the #coronavirus outbreak and the growing number of victims in #Iran. They do not think of anything but further plunder and preservation of their disgraceful rule.https://t.co/gta8P1quUU pic.twitter.com/1afUfWW3ZC

A nurse in Bandar Abbas, identified as Arezoo Bahou, succumbed to Coronavirus virus and passed away on Wednesday, May 27, 2020.

Arezoo Bahou had been among the hard-working nurses at Bandar Abbas Children’s Hospital. She was from Fin, the capital city of the Fin District of Bandar Abbas County in Hormozgan Province, in southern Iran.

Expert Panel to Discuss the Growing Threat from Iran’s Regime

WASHINGTON, DC, UNITED STATES, May 29, 2020 /EINPresswire.com/ — On Wednesday, June 3, 2020, the U.S. Representative Office of the National Council of Resistance of Iran (NCRI-US) will host an online panel to discuss:

Saturday, May 30, 2020, marks the 198th day since the beginning of the nationwide Iran protests.

Previous articleIran: Coronavirus Death Toll in 323 Cities Exceeds 47,800
Next articleA Report on the Actual Number of Coronavirus Victims in Tehran May 29, 2020

THE CONTENT OF THIS PAGE WILL BE UPDATED WITH THE LATEST NEWS UPDATE: 6:55 PM CEST Maryam Rajavi: Hail to the courageous youth in Omidiyeh, Ahvaz,...
Read more
Latest News in Brief

THE CONTENT OF THIS PAGE WILL BE UPDATED WITH THE LATEST NEWS UPDATE: 7:45 PM CEST Iran Regime’s Terrorist Diplomat Who Tried to Bomb MEK Free...
Read more
Search