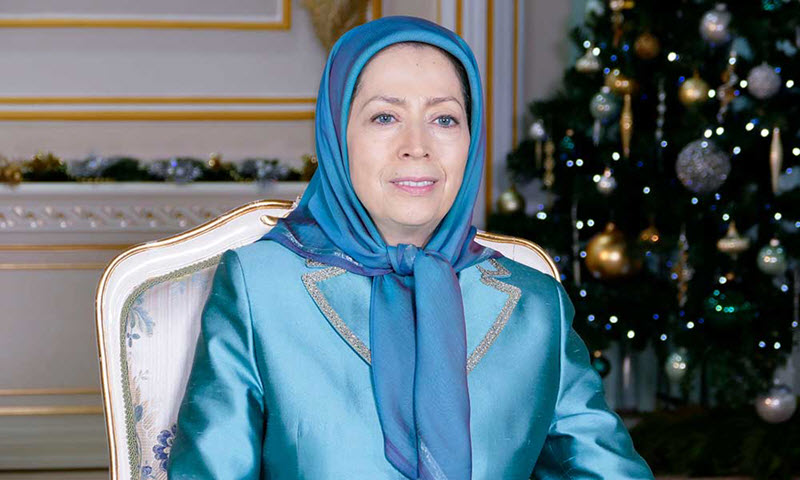 2019 would be a year of advancement of resistance and uprisings towards freedom and victory.

Suffering Christians of Iran, fellow compatriots, followers of Jesus Christ around the world, My greetings for Christmas, on the birth of Jesus Christ, son of Mary, the great prophet of God.

And I bow before the Virgin Mary, the eternal example of innocence and purity.

The birthday of Jesus Christ is a jubilant celebration for the enchained humanity that yearns for emancipation and fraternity.

He was the messenger of compassion and friendship. He used to say, “whatever you did for one of the least of these brothers and sisters of mine, you did for me.” (Matthew 25: 35-40)

Christ set a tradition that showed men that they could be privileged by sacrificing for others. He said, “Love each other as I have loved you. Greater love has no one than this: to lay down one’s life for one’s friends.” (John 15: 9-17)

He described the sublime existence of human beings as living to serve others and not themselves. He said that he had not come to be served, but to serve, and to give his life as a ransom for many. (Matthew 20: 25-28) 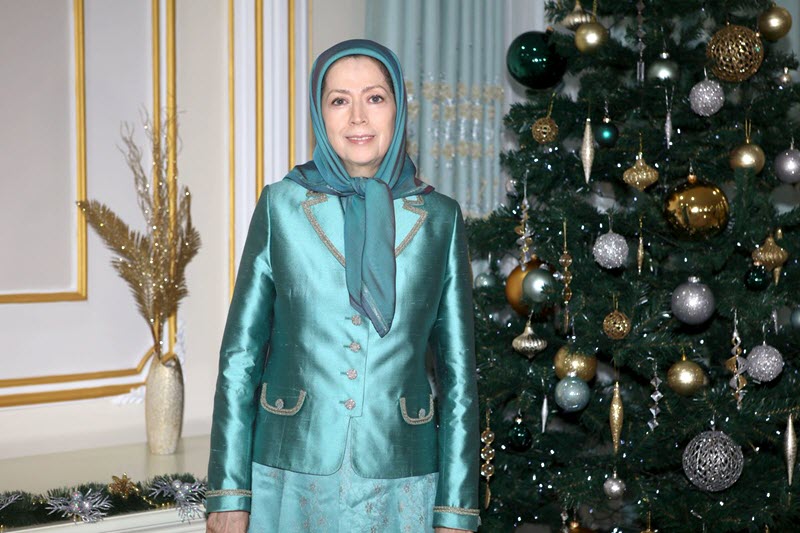 Jesus Christ praised those who are insulted, persecuted and falsely accused of evil things because of righteousness. (Matthew 5: 10)

Today the ogre of oppression, fraud, vengeance and cruelty, which is the Velayat-e Faqih regime, is at war with the emancipating messages of Christ, Mohammad and all the prophets of God.

But the impetus and force of those messages and the enormous power of the people who thirst for emancipation and freedom, will turn this dark page in the history of Iran and the world.

Blessed are those who are persecuted because of righteousness, for theirs is the kingdom of heaven.

Fellow compatriots, supporters of the Resistance around the world, On behalf of the Iranian people’s Resistance I would like to congratulate you all on the advent of the New Year 2019.

The year that is coming to its end, was the year when the mullahs’ dictatorship was surrounded by the Iranian people’s incessant uprisings and protest movements. It was a year of unprecedented deterioration of the regime’s unsolvable dilemmas, and a year when our persistent and organized Resistance against the mullahs’ religious fascism will be on the rise.

The upcoming year 2019, would be the year of advancement of resistance and uprisings towards freedom and victory.

I call on the people of the world to support the Iranian people’s resistance and uprising to overthrow despotism, religious discrimination, and a regime which is the central banker of terrorism and the enemy of peace and freedom in the region and the world.