In a joint letter to the United Nations High Commissioner for Human Rights, nine Nobel laureates warned that the arrest of two elite Iranian students, Amir Hossein Moradi and Ali Younesi, paves the way for widespread and brutal repression of dissidents and students in the months following the coronavirus outbreak.

They stressed that the Iranian regime, in fear of another uprising, has no choice but to resort to intimidation and repression of its citizens.

The letter also reads: “We, the Nobel Laureates signing this letter, urge you, to use your good offices in making every effort to ensure that political prisoners, in particular Ali Younesi and Amir Hossein Moradi, are released immediately.”

The full text of the Nobel Prize winners’ letter is as follows: 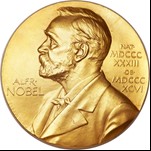 Re: Two students of Sharif University of Technology

As you are probably aware, the Iranian “judiciary” announced after 26 days of silence that Amir Hossein Moradi and Ali Younesi, two award-winning students at Sharif University of Technology in Tehran, had been arrested for their opposition to the Iranian regime.

Terrified of another uprising, the Iranian regime finds no other option than resorting to intimidation and suppression of citizens.

Adding to the severity of the issue at this time is the spread of COVID-19 in Iranian prisons that exposes these and all other detainees to the deadly virus.

The practice of the Iranian security forces is to extort confessions with torture. Many experts on the Iranian human rights situation fear that the arrest of Ali Younesi and Amir Hossein Moradi will serve to prepare the ground for a widespread and brutal repression of all opponents, in particular of the student movement, which would amount to an egregious breach of human rights in the post‐Coronavirus months.

We, the Nobel Laureates signing this letter, urge you, to use your good offices in making every effort to ensure that political prisoners, in particular Ali Younesi and Amir Hossein Moradi, are released immediately.