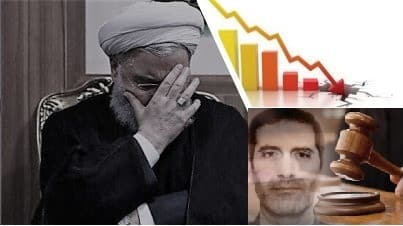 While dreaming of another era of appeasement, Iran’s regime received major blows within the past two weeks.

The Foreign Affairs Committee’s report underlined that the 2015 Iran nuclear deal with world powers, formally known as the Joint Comprehensive Plan of Action or JCPOA, is “imperfect.”

In January, the UK Foreign Secretary, Dominic Raab said all that’s left of the JCPOA is a “shell of an agreement.” This is indeed due to the regime’s ongoing breaches of its commitment under the terms of the JCPOA.

The regime quickly reacted to the Foreign Affairs Committee’s report. Hamid Baidinejad, the terrorist regime’s ambassador in London, called this report “biased” and based on the reports of the People’s Mojahedin Organization of Iran (PMOI/MEK), calling the latter a terrorist movement. Perhaps Baidinejad had forgotten that recently his fellow diplomat-terrorist, Assadollah Assadi, went on trial in Belgium for attempting to bomb the opposition rally in 2018 in Paris.

So why has the regime shown such a reaction to this report?

This Foreign Affairs Committee’s report, and its recommendation that the UK government proscribe the Revolutionary Guards (IRGC) will have a significant consequences for the regime. If the UK government proscribes the IRGC as a terrorist entity, after it was designated as such by the United States in 2019, it would make the IRGC a leprous phenomenon. The IRGC controls Iran’s economy and acts as the regime’s elite force of oppression and export of terrorism. Thus, it will be a significant blow to the regime.

Also, this action will be the basis for listing the Revolutionary Guards by other European countries. Proscribing the IRGC would further marginalize the policy of appeasement.

Above all, this is a political blow to the regime at a very critical time. Because the regime is pinning all its hopes on the international community to adopt a new policy to lift or at least ease sanctions. But the move by the UK Parliament signals the opposite.

This report is the fifth major blow to the regime within the last few weeks, and the regime sees the Iranian Resistance’s footprint in all of them.

The first blow was the trial of Assadi in Antwerp, Belgium. In this regard, the state-run Mostaghel daily on December 15 wrote: “This trial will have significant political and legal consequences for the system. In their testimonies, the MEK and Maryam Rajavi [the opposition president] identified the highest authorities of the Islamic Republic as the real perpetrators of the alleged bomb plot in their 2018 gathering.”

The second blow was the letter by seven United Nations experts, calling the 1988 massacre of over 30,000 political prisoners, mostly affiliated to the MEK, as “crimes against humanity” and supporting an international investigation.

The third blow was the 67th UN resolution, adopted by the General Assembly, condemning the regime’s ongoing human rights violations. 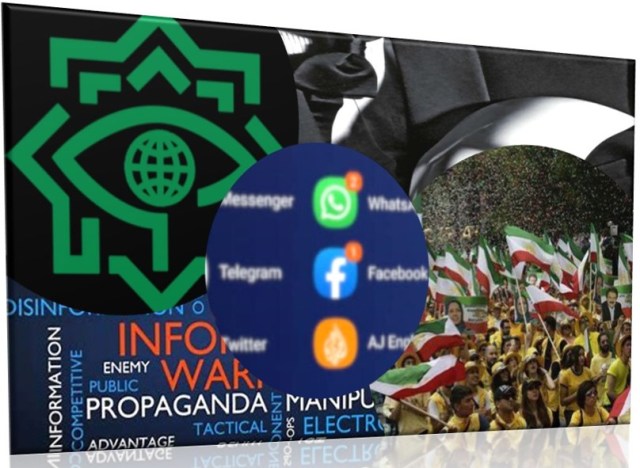 The fourth major blow to the regime was the publication of a new comprehensive report by Treadstone 71, a cybersecurity company, on Iran’s disinformation campaign mainly against Mrs. Maryam Rajavi, the president-elect of the National Council of Resistance of Iran (NCRI), and the MEK, and the 2020 annual “Free Iran gathering.”

The fifth one is the UK Foreign Affairs Committee’s report, which recommends the government proscribe the IRGC as a terrorist entity.

These five significant blows to the regime show how marginalized the appeasement policy has become. This policy is no longer able to protect the mullahs from the consequences of their terrorism and human rights violations.

The Iranian Resistance’s ground-rooted diplomacy has helped this independent movement to persist on its goal of liberating Iran from the yoke of religious fascism beyond any balance of power in the world.

And as Mostaghel daily acknowledged: “Experience has shown that given the infrastructure that the MEK has created in the last three decades in the (international) political scene, they are achieving their dark goals against the regime.”

This dark goal for the regime is the Iranian people’s bright future, living in a free country.

On Tuesday, an Iranian American by the name of Kaveh Lotfolah Afrasiabi made his first appearance in a US federal court, about 13 years...
Read more
Iran Nuclear News

Several weeks ago, the Iranian parliament passed a bill that essentially stamped an expiration date on the nuclear deal which European policymakers have been...
Read more
Iran Nuclear News

On Sunday, Iran’s Foreign Ministry offered a harsh response to European criticisms after the Iranian regime took its latest provocative steps away from the...
Read more