Written by Mahmoud Hakamian
19th May 2021 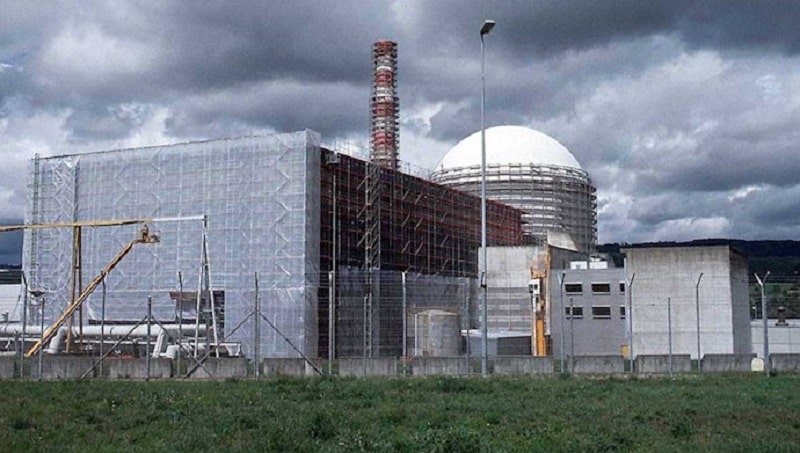 Within months of the United States pulling out of the 2015 Iran nuclear deal, Iranian officials began boasting that the regime would be able to rapidly resume and even exceed its prior advancements in that area. Soon thereafter, the regime proved that claim to the international community by systematically violating the terms of the Joint Comprehensive Plan of Action over the course of 2019, before halting compliance altogether early the following year. Now, Tehran is reportedly enriching uranium to at least 63 percent fissile purity as well as producing uranium metal, which has virtually no purpose other than as a key component in the core of a nuclear weapon.

The apparent goal of this escalation is to pressure the US and its European allies into restoring the sanctions relief. Some Iranian officials have even gone so far as to openly threaten that if pressure on the regime is not lifted, the regime will continue its advancements to the point of nuclear weapons capability. In February of this year, the regime’s Intelligence Minister Mahmoud Alavi said, “If they push Iran in those directions, it is not Iran’s fault. Those who pushed Iran in that direction will be to blame.”

Ironically, Alavi prefaced this remark by saying that Supreme Leader Ali Khamenei once issued a fatwa that seemed to declare nuclear weapons to be off-limits to the regime. But of course, his immediate pivot toward nuclear threats makes it clear that such claims should not be taken seriously. Various critics of the Iranian regime have already presented that conclusion to the international community over the years, often arguing that the fatwa was merely intended to provide cover for the regime activities, so they could be presented as part of a peaceful nuclear program while also advancing that program to a point at which Tehran would be able to use it to sprint for a nuclear weapon when the opportunity arose.

To many of those same critics, the JCPOA seemed to play directly into that strategy by giving the regime license to continue some enrichment activities, along with access to additional resources which could be used to accelerate the advancement of its nuclear program. While the targets of that investment would have ostensibly been limited to activities that were permitted under the deal, critics also took issue with the fact that the International Atomic Energy Agency was not given unfettered access to the country, and would therefore be unable to obstruct and expose relevant activities at undeclared sites.

In the event that Tehran fully exploited these deficiencies, the JCPOA’s sunset clauses could have essentially served as a deadline for the regime’s final nuclear sprint. The American withdrawal from that deal led to a sharp decline in Tehran’s access to resources that it might have devoted to that outcome. And in light of the regime’s subsequent threats and boasts, it has become increasingly clear that it was indeed exploiting the weak provisions of the JCPOA to the best of its ability.

In January 2019, the head of the Atomic Energy Organization of Iran told a state media outlet that the core of a heavy water facility in Arak had never actually been deactivated as required by the JCPOA. Instead, cement was poured into an identical set of tubes and the IAEA was provided with altered photographs of the core. In November of the same year, the AEOI head, Ali Akbar Salehi, said in another state media interview that the regime had put “countermeasures” in place to avoid being “trapped” by long-term compliance with limits on uranium enrichment. Although he did not specify the nature of those countermeasures, their effects soon became clear in the form of Tehran’s rapid return to 20 percent enrichment – a benchmark that experts on atomic energy described as putting the Islamic Republic only a short technical step away from the 90 percent fissile purity required for nuclear weapons.

That step became even shorter last month when the Natanz nuclear facility reportedly began enriching to 60 percent, with virtually no advance warning. The speed of that undertaking underscores the apparent fact that Iran entered into its initial JCPOA compliance with a clear plan for how to continue advancing its nuclear program while still securing sanctions relief. That same fact has been corroborated by a number of European intelligence reports during the five years since the nuclear deal went into effect. And yet through a combination of willful ignorance and groundless optimism, many European policymakers have continued to stand by the JCPOA as written, and have even put pressure on the US administration to reenter it without precondition.

At negotiations in Vienna, representatives of the UK, France, and Germany have made it clear that their priority remains to restore the status quo by any means necessary.

What those policymakers must understand is that that status quo includes all of the threats and accounts of deception. By simply returning to the JCPOA as written, its signatories would be signaling to the Iranian regime that it will face no consequences for its prior non-compliance. This in turn will give the regime tacit permission to resume the same malign behavior that seems to be aimed at setting the stage for nuclear breakout once the agreement expires.

Western officials may be confident that they can intervene to prevent that malign activity from going forward. And this may be true to some extent, but if Iran regains access to foreign markets and frozen assets, it will no doubt invest heavily in those same behaviors, thereby raising the prospect that vital acts of enrichment, procurement, and development will slip through the cracks in global enforcement regimes. In fact, one of the most recent European intelligence reports on Iranian procurement activities specified that this investment is already taking place under current circumstances.

The 2020 report from Sweden’s Security Service says, “Iran also conducts industrial espionage, which is mainly targeted against Swedish hi-tech industry and Swedish products, which can be used in nuclear weapons programs. Iran is investing heavy resources in this area and some of the resources are used in Sweden.”

German and Dutch intelligence agencies made similar findings regarding their own countries during the same period. The latest general report from Germany cites the Islamic Republic 19 times, referring to activities similar to those that have been identified in scores of similar reports since the JCPOA went into effect. Those findings should have made it clear to all Western policymakers that the 2015 agreement was not sufficient to stop Iran from trying to shorten its nuclear breakout period. Today, those same policymakers should be all the more convinced that unless their approach to this issue changes, Iran’s malign efforts will only continue to accelerate.