Written by Mansoureh Galestan
13th May 2021 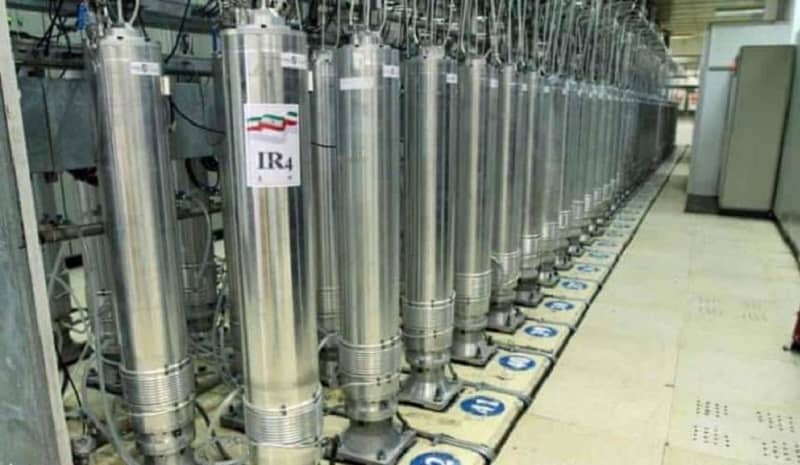 Iran’s nuclear enrichment recently edged upward to a new high of 63 percent, according to the latest report from the International Atomic Energy Agency. The modest increase was attributed to “fluctuations,” but no further explanation was offered by the UN nuclear agency or by the Iranian regime itself. The undeclared and apparently spontaneous increase should raise still more questions about the extent to which former restrictions on Iran’s nuclear activities actually succeeded in extending the country’s “breakout time” for nuclear weapons development.

Of course, those questions have been circulating among critics of the Joint Comprehensive Plan of Action since the time of its signing in 2015. Topics of particular concern included limitations on the IAEA’s access to suspicious sites in Iran and a common perception that the agreement acknowledged the Iranian regime’s position that it has an inherent right to some level of nuclear enrichment.

After American sanctions came back into force, Iranian authorities began announcing its systematic violations of the terms they had agreed to, even though other negotiating parties remained as participants in the agreement. The regime naturally attempted to portray these moves as the consequences of those parties failing to compensate for the sanctions or bring the US back into line. But the severity and immediacy of those “consequences” would not have been possible if the Iranian regime had not been planning its violations all along.

Ali Akbar Salehi, the head of the Atomic Energy Organization of Iran, acknowledged this fact as early as January 2019, only about two months after the last of the US sanctions were re-imposed. In an interview with state media at the time, Salehi boasted that the Arak heavy water facility remained fully operational despite the fact that the nuclear negotiations determined that its core was to be deactivated and filled with cement. Salehi explained that the regime evaded this requirement by obtaining duplicate tubing that was identical to that which led into the core of the facility, and by providing faked photographs to the IAEA after pouring cement through the decoy system.

In November 2019, the AEOI director gave another state media interview in which he revealed similar deceptions in the area of uranium enrichment. “They told us that the enrichment should be in that way, and we accepted,” Salehi said of Western negotiators before bragging that that acceptance was false: “They thought that they won the negotiation. But – I could not explain this at that time – we had a countermeasure, and while we proceeded with the case, they didn’t achieve what they planned for, and we did not become trapped in the enrichment deadlock.”

By the time Salehi went public about this deception, its effects had already become apparent to various international observers, including some who had previously been on the fence about the value and effectiveness of the JCPOA. Tehran’s systematic and supposedly retaliatory violations of that agreement included the prompt fulfillment of a threat to resume enriching uranium to 20 percent – the high point for that activity prior to the start of nuclear negotiations. This came about much more quickly than should have been possible according to the regime’s defenders. The only reasonable conclusion to draw from that discrepancy is that the JCPOA provisions were not strong enough to truly extend the Iranian regime’s breakout time.

In that case, rather than striving to restore the JCPOA as written in 2015, the international community should recognize that Iran’s progress toward developing a nuclear weapon will only be halted when the regime is subjected to either stricter demands or tighter enforcement mechanisms, or both. Unfortunately, it seems that most of the participants in the current negotiations in Vienna are unwilling to proceed based on this understanding, presumably because they understand it threatens to not just complicate those negotiations but to derail them.

The regime has explicitly stated that it will not revisit the terms of the agreement, and it has even gone so far as to say that it will not resume compliance with the existing terms until after the US resumes every bit of the sanctions relief that was ended by the previous US administration. It would be disastrous for Western negotiators to conclude that the only solution is to give in to Iran’s ultimatum and return to a status quo that allowed Iran to not only resume but exceeded its prior nuclear advancements as soon as the regime decided it was in their interest to do so.

If the Iranian regime was already cheating on the agreement when it was in full force and the US had not yet withdrawn, what basis could there be for believing that the regime will be more compliant the second time around? Surely, if sanctions are suspended again while Tehran offers nothing new in return, the regime will only be emboldened to flout the restrictions even more extensively, putting itself in a position to achieve weapons-grade enrichment levels by the funds provided from the sanction relief.