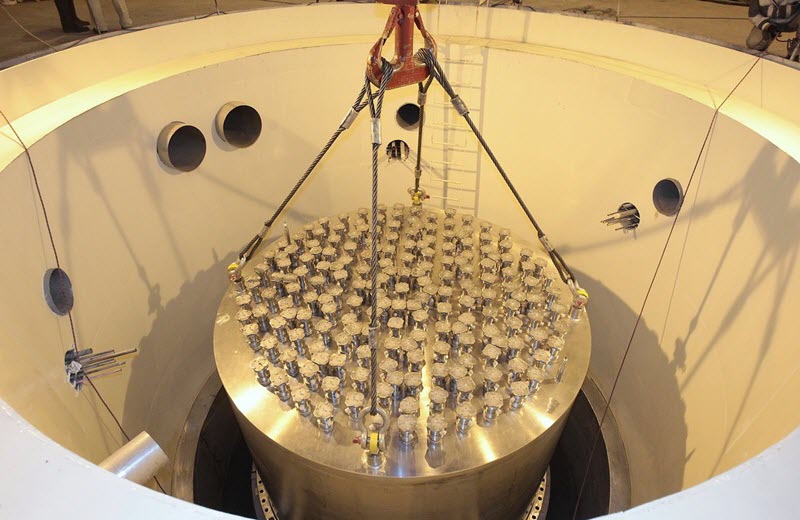 Mrs. Rajavi had warned about the mullahs’ deceptions

Ali Akbar Salehi, head of the Atomic Agency of the mullahs’ regime confessed that the mullahs had concealed parts of the banned nuclear equipment. In an interview with a state TV station, he said: “the tubes that the fuel goes through them there, we had bought similar tubes previously, but I could not declare them at the time, only one person knew about it in Iran”.

He continued: “Only the highest authority of the regime (Regime’s Supreme Leader Khamenei) was aware of this and no one else … His Holiness had said that you should be careful about these people (P5+1), they are not trustworthy and won’t keep to their promises. Well, we had to work smartly and intelligently, in addition to not breaking the bridges behind us, we also had to build a bridge that would enable us to go faster if we were to go back. It was a tube of two or three centimeters in diameter and three or four meters long … We had bought similar tubes, the same quantity, we were told to fill the main tubes with cement, so we poured cement in those tubes … but we did not say that we had other tubes because if we did, they would have said, sir, pour cement in those as well … We are going to use the same tubes now. Now we have those tubes.” (Channel 4 State TV, January 22, 2019). https://bit.ly/2RLqSHH

On Wednesday, January 30th, Salehi told the state news agency, IRNA: “We had some substitute parts and bought some more and these were not against the rules. There was no need to announce that we have substitute tubes”. He then explained that the concealment and breach of the agreement were done under the order of regime’s Supreme Leader, Ali Khamenei. He said: “We have to be alert and calculate the process of possible return. In other words, we should not eliminate all the bridges behind us.”

These remarks clearly show that the regime’s intention in the nuclear negotiations, especially with the P5+1, were based on falsification and concealment, and had no purpose other than gaining more opportunities to obtain the nuclear bomb.

Mrs. Maryam Rajavi, the President-elect of the Iranian Resistance, immediately warned after the agreement on July 14, 2015: “This agreement does not close the mullahs’ path to deception and access to a nuclear bomb”. And before that, on November 24, 2013, she had said: “Any leniency, hesitancy, and concessions by the international community will prompt Khamenei to once again move toward manufacturing through deception and cheating.”

In his book, “National Security and Nuclear Diplomacy” Rouhani, president of the clerical regime, wrote: “In 2002, the activities were moving in a calm atmosphere, but the Mujahedin (PMOI/MEK) suddenly made a lot of noise by making false accusations… while our Atomic Energy Organization wanted to … notify the IAEA in a fait accompli”.

Sunday Telegraph March 5, 2006, disclosed that in a public speech Hassan Rouhani had “revealed how Teheran played for time and tried to dupe the West after its secret nuclear programme was uncovered by the Iranian opposition in 2002.”