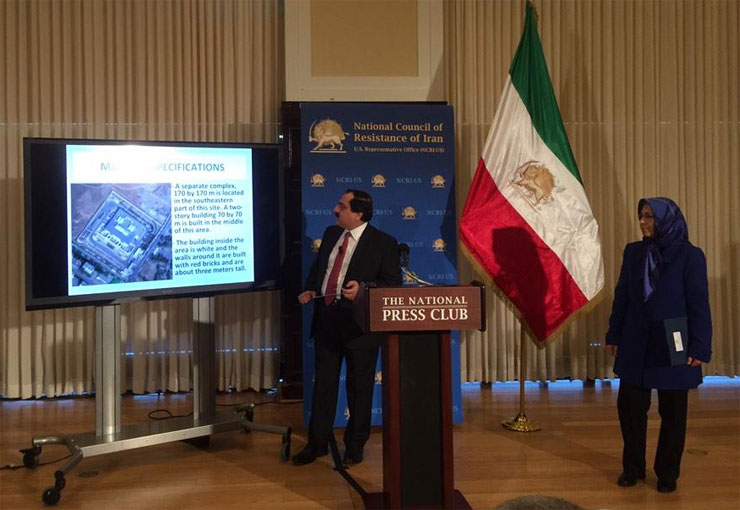 The National Council of Resistance of Iran revealed on Tuesday the details of an underground top-secret site currently used by Iranian regime for research & development on nuclear field using advanced centrifuges for uranium enrichment.

Existence of the site, known as Lavizan-3, was unknown until now and had been kept secret for years by the Iranian regime.

The NCRI announced that the explosive revelation was result of several years of detailed work by the network of the Iranian opposition movement, the People’s Mojahedin Organization in Iran (PMOI/MEK).

The PMOI has obtained the intelligence from sources inside of Iranian regime, vetting info from scores of sources independently.

PMOI’s sources established that since 2008 the Iranian regime has secretly engaged in research and uranium enrichment at this site.

The NCRI provided Satellite imagery of the site, its entrance, and overview of the site in the press conference.

They pointed out that research and development with advanced centrifuges in highly secret sites are only intended to advance the nuclear weapons project.

The NCRI stressed if US is serious about preventing Iran from obtaining nuclear weapons, it must make continuation of the talks predicated on the IAEA’s immediate inspection of the site before the regime gets a chance to destroy the evidence.

It underscored that if the US and its partners seek to block Tehran’s pathway to the bomb, any agreement should include complete implementation of all Security Council Resolutions, immediate halt to any enrichment and closure of related facilities, including Natanz, Fordo and Arak, signing the Additional Protocol and start of IAEA’s snap inspection.