What Can Be Done to Stop Iran Regime’s Belligerence? 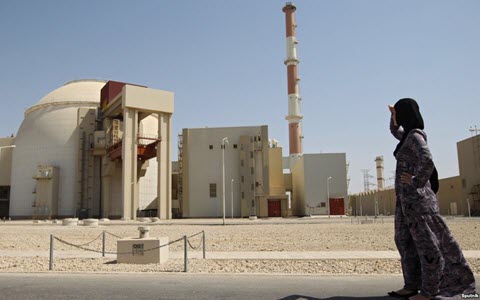 NCRI – President Trump has greatly criticised the Iran nuclear deal and it is easy to understand why. When we look at what has happened in the past two years, it is clear that nothing positive has come from it. Some say that it has slowed Iran’s progress towards being nuclear armed, but we do not know if this is true or not because inspections to nuclear sites are limited.

Over the past two years, human rights abuses inside Iran have worsened. As has the regime’s rhetoric against the West. There have been many incidents in which Iran is trying to provoke Western nations, such as approaching US Navy vessels.

It is because of the threats and provocations made by the Iranian regime that we can see why President Trump is not following in President Obama’s footsteps regarding appeasement and concessions.
Officials in Iran have tried to discourage Trump’s crackdown (such as the recent bill named “Countering Iran’s Destabilizing Activities Act of 2017”). They claim that such acts are a violations of the 2015 nuclear deal.

The head of the Atomic Energy Organization of Iran has said that Iran will not hesitate to restart, and then escalate, its enrichment of nuclear materials. This has been echoed by other officials of the regime too, showing that the country’s nuclear plans never halted.

The Iranian opposition, the National Council of Resistance of Iran (NCRI), revealed two months ago that Iran’s missile program is escalating, therefore showing the nuclear threat is indeed real. They provided many details about missile sites they had identified. They also were able to show that the Organization of Defensive Innovation and Research is in charge of weaponisation with regards to the nuclear program.

However, this information is just confirming what many have said for years.
Nevertheless, this should not take attention away from the other abuses carried out by the Iranian regime. It is involved in extensive terrorist activities across the Middle East and is continuing to supress the people at home. Human rights abuses are escalating and executions are still taking place at an alarming rate.

The situation will not improve until some concrete action is taken by the international community. The IRGC needs to be removed from all the countries where it is involved so that the West, and its allies in the region, are safe.
The people of Iran also need to be supported. It is an international responsibility to ensure that every human being has at least the most basic of human rights. They have suffered for decades and deserve support.