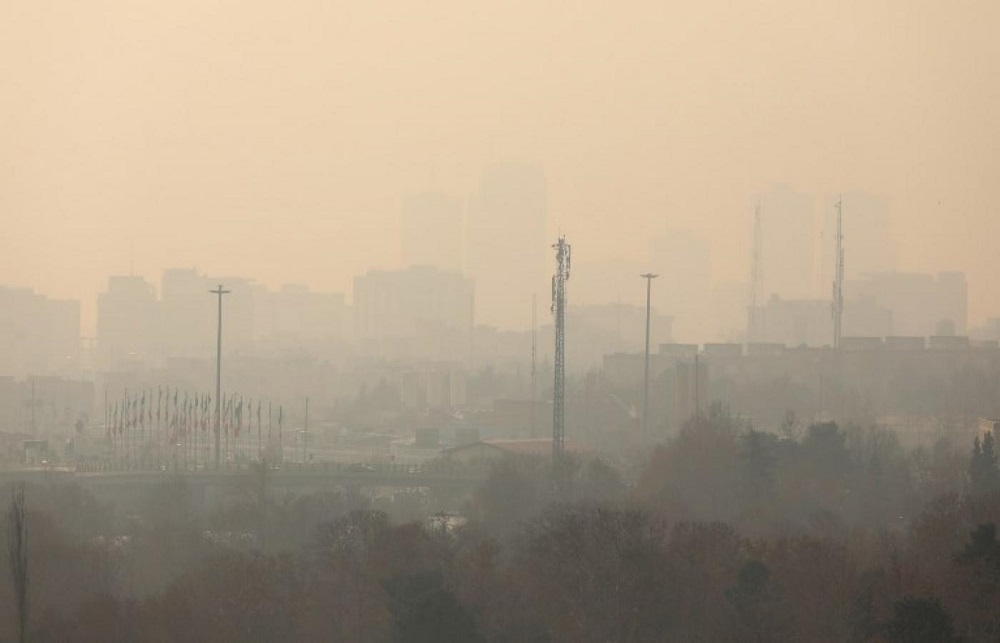 Sand Storm, due to mismanagement and destruction of the environment by the Iranian regime and its IRGC

Written by Mansoureh Galestan on 25 September 2019.

The Iranian regime and it's Islamic Revolutionary Guards Corps (IRGC) play a key role in the destruction of the country’s environment, thanks to their institutionalized corruption and destructive policies.

State statistics show that the flood in March 2019 affected around 10 million people, directly or indirectly. The flood also damaged 235 cities and more than 4,300 villages in 25 Iranian provinces. As a result, 40,000 residential units in urban and rural areas need complete reconstruction, and 41,000 need maintenance and repairs.

March 25, 2019. Reports from #Iran indicate that at least 17 people have been killed and dozens injured due to heavy raining and devastating Flood in the city of #Shiraz South-Central Iran. pic.twitter.com/IWcvCdBcbE

The Iranian regime had no program to prevent or control the flood. On the contrary, by destroying the vegetation and half of Iran’s forests, changing the rivers paths, excessive construction of dams, and drying the marshes (such as the “Great Marsh” located at the Iran-Iraq border) to exploit oil reserves, they amplified the destruction of the flash flood by a factor of 10.

The Iranian regime continued its destructive policy despite numerous warnings by its own environmental experts and many protests by Iranian citizens.

On June 12, 2019, the residents of the Hussain Abad Kalpoush village in Semnan Province protested in front of the regime’s parliament in Tehran against the construction of the Kalpoush dam, which they described as unprofessional.

On April 13, 2019, some 115 professors of Ahvaz University in southern Iran wrote an open letter to regime president Hassan Rouhani and urged him to take action to “save the cities and villages of Khuzestan province”, while underlining the need to permanently dewater the “Hour-ol-Azim marsh”.

The state-run ILNA news agency quoted them as writing: “We urge you to immediately order the permanent dewatering of the Hour-ol-Azim marsh to prevent human and financial casualties, possible paralyzing of people, groups, institutions and associations and other irreversible environmental damages to the people of Khuzestan. Any economic activity, particularly oil exploitations in Hour-ol-Azim marsh, should be in line with the marsh’s eco-system.”

On March 1, 2019, Hadi Kia Daliri, the head of Iran’s Forestry Association, in an interview with the Islamic Azad University’s news agency, said: “According to statistics, each acre of forest holds up to 2,000 square meters of water, therefore the destruction of forests and vegetation could increase the current crisis. Construction of villas and destruction of forests are considered as environmental changes. These situations could turn continued light rains to heavy rainfalls and floods. So this is a threat to the northern provinces. More than 42 percent of the northern forests are devastated and, given this situation, we could say that in a few years’ time, there won’t be any forest left.”

Maryam Rajavi, President-elect of the National Council of Resistance of Iran (NCRI), confirmed in her message to the flood victims in March that the casualties are the fault of the plundering policies of the Iranian regime over the past 40 years.

She wrote: “This disaster once again proved that the ruling mullahs’ criminal 40-year policy of plunder and pillage has taken a heavy toll on the lives and livelihood of our people in every flood and earthquake. Why did so many of our fellow compatriots die and get injured in Shiraz after just a 10-minute rainfall, with such huge destructions?”

The mullahs have made our country defenceless against natural incidents by destroying the environment, deforestation, skyrocketing embezzlements, and wasting the country’s wealth on suppression, terrorism and wars. #IranFloods