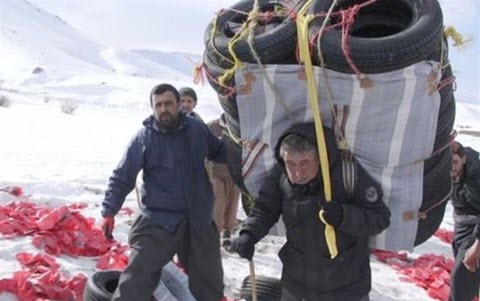 NCRI – The porters in Iran face very high risks for a very low pay. Smuggling is a risky business as it is, but those smuggling trade in Iran are at particularly high risk and there have already been hundreds of deaths.

These “human mules” carry extraordinary loads of goods on their back across the border in the West of the country.

According to ILNA, a semi-official Iranian news agency, a 17 year-old boy is one of the most recent victims. His name is Vahid Dolatkhah and he died at the end of August as a result of an “unnatural” accident. Sources in the country, however, state that he was shot in the chest by Iranian border guards.

Unfortunately this is not the first porter that has died in such circumstances. Border guards and security agents are notorious for being a huge threat to porters.

As well as the threat from border and security officials, the porters are also exposed to great natural risks. They have to travel across some very unpredictable and dangerous terrain, and weather conditions can make the threat even worse. 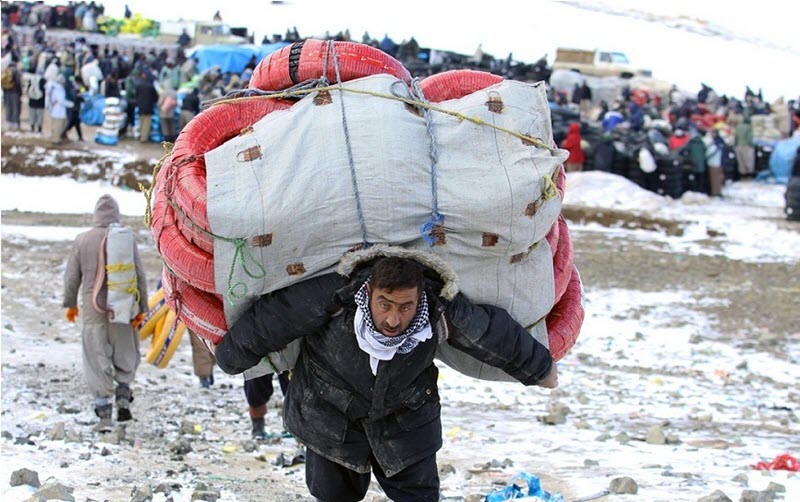 In the area where they work, porters risk walking into landmines that remain there from the war with Iraq during the eighties.

The porters in Iran are very poor people who see no other way out of the dire poverty they are faced with. Despite the very low pay, they become porters just to be able to survive and look after their families. They are sometimes very young people – as young as only 13, sometimes very old, but even those that are at the prime of their life should not have to struggle with such heavy loads. Men, women and children are all reported to be porters.

Many of the porters are from the Kurdistan and West Azerbaijan provinces, and many come from Kurdish communities.

Last year, there were more than 60 deaths. Forty-two were due to porters being shot by Iran’s border guards and 22 were due to weather or terrain conditions (such as a fall, hypothermia, etc.).
Current estimates state that there are around 70,000 people working as porters in Iran.

The people turn to this job because of the very poor social conditions in their areas. In the country’s Kurdish-populated provinces, the average official unemployment rate is around 20 per cent, but experts believe that the real figure is much higher, in the region of 40 to 50 per cent. This is an extremely worrying situation, but the government ignores it. 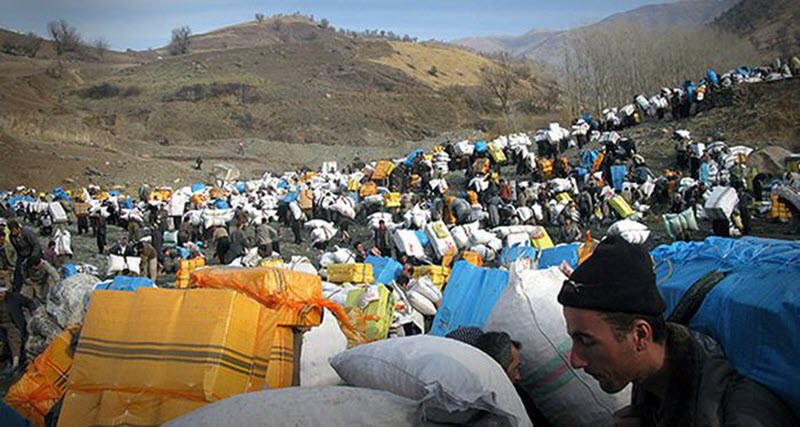 Some of the people working as porters are highly educated, but because of a complete lack of investment in the region, as well as the unemployment problems, they have no choice but to traffic goods. The Kurdish community in particular faces many problems because of ethnic and religious discrimination.

Previous articleWhat Trump Must Remember When Weighing up Iran Nuclear Deal
Next articleAmbassador Ereli: Get Serious About Regime Change in Iran