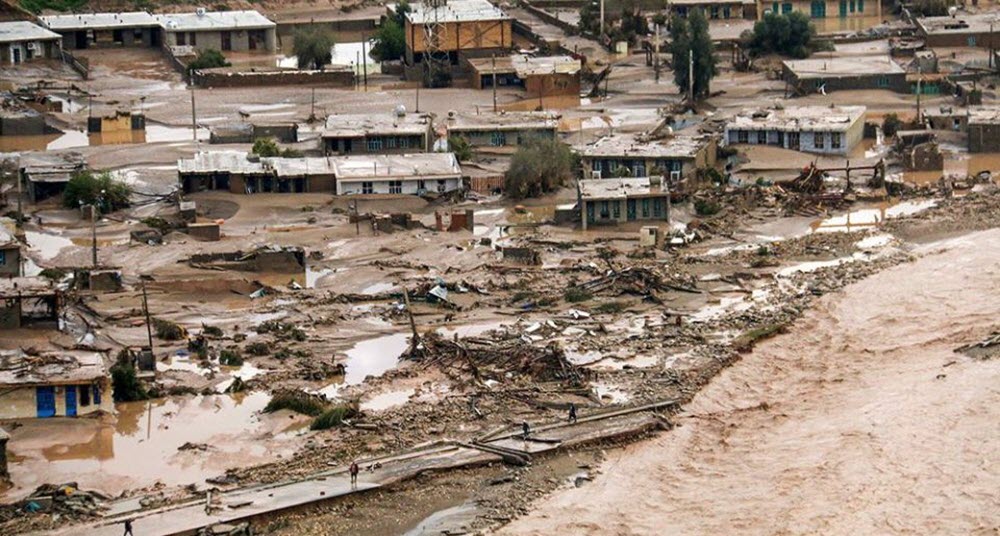 The recent flash floods in Iran have caused hundreds of millions of dollars of damage to Iranian agriculture, according to an official on Thursday.

The head of the agriculture ministry’s crisis management, Mohammad Mousavi, estimated that the losses to the agriculture sector are 47 trillion rials (about $350 million) so far.

This was in response to a question from the speaker of parliament Ali Larijani, who was questioning whether government funds would be able to compensate communities and farmers.

The Iranian government had previously sworn to citizens – especially farmers – that their losses would be compensated, but Larijani said that the New Year budget would not cover the damages and that the government should seek other resources. The county’s operating budget is already stretched thanks to dropping oil revenues as a result of US sanctions.

There are roughly 1,900 cities and villages, in at least 26 of Iran’s 31 provinces, that have been hit by floods since March 19, with locals reporting over 200 deaths, aid agencies struggling to cope, and hundreds of thousands evacuated without adequate shelter. Many roads are blocked by rising water, mudslides and rockslides, with flights and trains, also affected.

Meanwhile, President Hassan Rouhani has been accused of mismanaging the emergency response and several ministers were summoned to parliament on Sunday to explain why life-saving preventative measures were not in place.

The Revolutionary Guards said that they “were using all their power” to minimise the damages in oil-rich southwestern Khuzestan province, while Iranian drilling companies and other energy firms have also used their pumps to remove water. However, it should be noted that far from protecting the people of Iran, these institutions are more concerned with protecting oil wells.

US Secretary of State Mike Pompeo criticised Tehran’s handling of the crisis on Tuesday, saying the “floods once again show the level of Iranian regime mismanagement in urban planning and in emergency preparedness”.

The Regime tried to shift the blame to the US, citing their sanctions as the reason that Iran is struggling to cope. However, this ignores the fact that for years before the sanctions, Iran was cutting the budget allocated to disaster relief and allocating it to the suppressive forces instead.

The International Federation of Red Cross and Red Crescent Societies has released around 500,000 Swiss francs ($500,000) as cash grants for 3,000 Iranian families that have lost homes and livelihoods in the floods, but as you can imagine that’s not going far among the people.