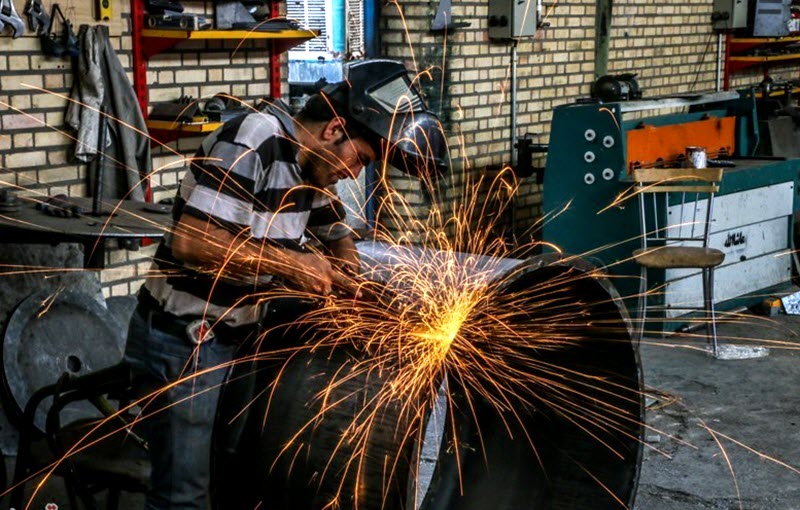 According to the Iranian Regime’s state news agency named ILNA (26 June 2018), the ongoing turbulence in economy and increase in currency value, has placed the lives of many workers at their lowest points, with serious struggles to meet every day needs.

An activist from the Metal Workers Union called Mazyar Gilaninajd expresses his frustration in this regard: “In recent months, the growth in currency value has led to a lowered purchase power in many hard-working employees. In 2017, when 1 dollar was worth 3800 Toman (Iran’s official currency), workers were earning 930 thousand Toman which was equivalent to 245 dollars; today, that 1 dollar is 8000 Toman, workers are earning 1.130 million Toman, which shows that in comparison with last year, their income has gone down to just 140 dollars. This significant cutback has now worried many workers who are understandably complainant about earning in Toman but spending in Dollars”.

Gilaninejad continues: “The prices of goods mainly depend on their transport; in other words, when prices go up, so do the costs of tires, oil, repair, and so forth. As for products that need importing from overseas, prices are calculated and determined according to the currency rate of the time”.

He adds: “There’s more to the issue than it seems; products like edible oil, dairy, and bread, seemingly have a stable price, but their quality and serving portions are actually decreasing over time. For instance, 950g oil is being distributed in 860 packages. Bread loafs on the other hand, have also reduced in size and quality. Such hidden differences add up to notable price increases in time. Watermelon is now 2500 Toman a kilo, Sugar is 3500 Toman a kilo, a single egg is 600 Toman, red meat is 65 thousand Toman a kilo and chicken 12000 Toman a kilo. Given these expensive rates, how can our low-income earners possibly afford anything?”

He continues: “Even if a worker is lucky enough to receive his income on time and have his rights protected by a fair employer, he would still be unable to afford such high costs which have clearly doubled since last year. How can a worker take care of a 4-membered family like this? The important question to ask is why the authorities, who would be unable to live on such low incomes themselves, would suffocate our workers with such difficult legislations?”