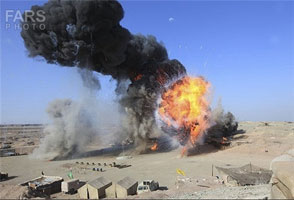 At-least five members of a crew filming a movie in Tehran have been killed in an explosion, the state-run ISNA news agency reported on Wednesday (January 8).

The explosion occurred while the crew was transferring explosives materials, according to the report.

The Iranian regime does not allow producers to import props that are used in movies, therefore they use real-life explosives.

Two other crew members are in critical condition.

Previous articleConnecting the dots between Al-Qaeda and Iran
Next articleIran: A prisoner hanged in Gachsaran