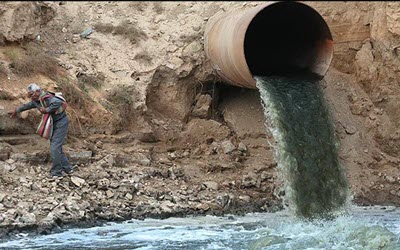 According to the state-run IRNA news agency, Shokrollah Salman Zadeh, health deputy of Ahwaz university medical sciences, on Tuesday, January 17, said according to expert studies, the reason for the death of Dialysis patients in Sina hospital in Karoun County, a suburb of Ahwaz, is contaminated drinking water.

“A main recent challenge in a hospital in Khuzestan Province (Sina Hospital) is the death of several dialysis patients where after investigation it was found that the reason was dysentery caused by E. Coli 957 bacteria transmitted to these patients through (contaminated) drinking water,” he said.

He was pointing out the death of four Dialysis patients in Karoun County earlier in August this year following fever, diarrhea and vomiting.

The hospital, which is nearly 50 years old, is located at the entrance of Ahwaz-Abadan road in Kout Abdollah area.

Contamination of drinking water is one of the main health problems in Ahwaz and some other cities in Khuzestan and has a history of several years. While the drinking water in the citiesis supplied from Karoun and some other rivers in Kuzestan, agricultural, industrial and domestic sewage sometimes find way in some parts of the river.

Previous articleThe Message of a Prominent Political Prisoner in Iran
Next articleIran Regime’s President: JCPOA Is Also Beneficial for America