The Message of a Prominent Political Prisoner in Iran 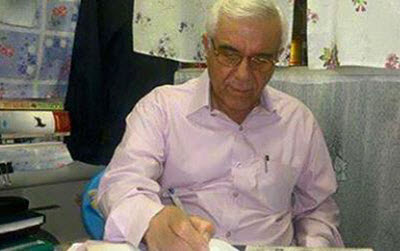 NCRI – Political prisoner Arzhang Davoudi, incarcerated in Zabol prison in exile, in a message on the occasion of January 20 and freedom of the last group of political prisoners from the Shah’s prisons in 1979 in Iran wrote:

This week reminds me of three events in the history of our country:

First, the Persian date 26th of Dey 1357 (16 January 1979) is reminder of the day when after the uprising of revolutionary people of Iran, the tyrant Mohammad Reza Shah fled the country with tears in his eyes.

Second, this year 26th of Dey is also the day when accursed Rafsanjani who was known as the typhus of the 1979 revolution died. The treacherous behavior of this criminal was effective more than anyone else in the corrupt regime of the supreme leader in leading astray the revolution and failure of its noble aspiration.

The Third event, however, is connected to a brave man who stood up to death against the oppression of the Shah (monarchial regime) and when as the result of the flood of masses roaring against the regime, the Shah was forced to, in an unwanted retreat, release political prisoners, and despite the pressure and begging by the Shah’s intelligence service, SAVAK, and prison officials, that brave man did not accept to leave the prison and with a memorable strength and solidity said he will not leave the prison as long as even one political prisoner remain in the prisons across the country.
And that is how this man, Massoud Rajavi or as the Mojahedin-e Khalq (PMOI / MEK) sincerely and heartfelt call him Brother Massoud, left the prison on the 30 Dey 1357 (20 January 1979) along with the last group of political prisoners and activists and was warmly welcomed by the risen people.

Escape of the cruel Shah and death of the wicked and oppressive Rafsanjani is painful for me here because each one of them were able to somehow escape public trial and clear disgrace in public opinion, and as the result, more ambiguity remains in the history of political struggle and counter-campaigns in Iran.

However, each time when I remember the “Third event,” the pride in my struggle becomes more prosperous. And even now that I am in Zabol prison in exile, I am proud of Massoud and all others who love freedom for Iran and Iranians, and as always, their memory and path makes my determination to fight the oppression by Khamenei’s bandit and Co. even greater.