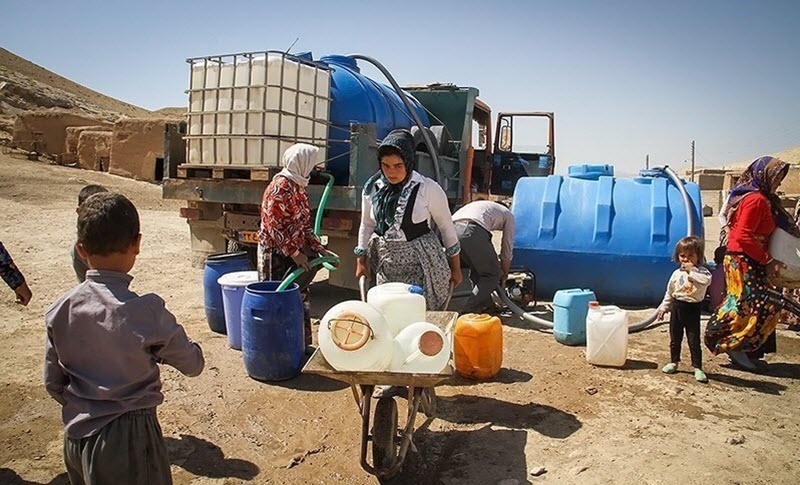 On 2nd January, a gathering was held in Razavi Khorasan, in which the current water situation in Iran’s east was discussed, and some very disturbing facts were revealed.

Due to the drying of most of Hamun lake and the consequent water shortage, hundreds have become homeless and unemployed in Iran’s eastern region.

According to IRNA, Mohammad Hossein Shariatmadar (who’s the head of the National Center of Strategic Studies of Agriculture and Water at Chamber of Commerce, Industries, Mines and Agriculture; also referred to as ICCIMA), issued a warning regarding water shortage, saying that: “we are only 5 years away from the peak of this crisis, which all stems from our negligence for the past 50 years”; adding that the restoration of Iran’s water resources are nearly impossible because “we still lack the right determination, as well as an effective leadership”.

Like most other countries of the region, Iran has also been struggling with drought, reduced rainfall, and climate change, for quite some time now. Which government officials link to mismanagement and ineffective policies.

According to ISNA, Kalantari believes that from when the Islamic Republic was founded, the environment has been “ignored” as evident from the ongoing industrial developments.

Over the past months and years, the farmers and residents of some cities, such as those around Isfahan, have been complaining about government’s plans regarding the transfer of water between different basins, and have been frustrated to see their basic rights being ignored; but instead of cooperating, the government has been fighting with and oppressing the protestors via their Police Force.

Some officials claim that by desalinating the establishments around Persian Gulf and Oman Sea, and by transferring water to Khorasan and other provinces, the issue of water shortage can be effectively managed.

In a gathering held on Wednesday, Mohammad Hossein Papoli Yazdi (a professor at Tehran’s Tarbiat Modares University) criticised this plan: “give me the name of a country that transfers its desalinated water over 1000 kilometers. The highest world record has been only 100 kilometers thus far”.

According to government officials and experts themselves, the water shortage issue doesn’t seem to ever improve because ineffective policies continue to be implemented and environmental needs continue to be ignored as well.

The President of ICCIMA has also commented in this regard: “we don’t have any plans in place, so it feels like we’re moving forward with our eyes closed. Look at Khorasan Razavi, where the ongoing development of industries are leading to very dangerous consequences”.

Approaching the peak of a crisis

Back in June, Issa Kalantari brought up Isfahan (where Iran’s top industries are based) as his example of inattention to “national improvement”, and spoke of the few million residents who faced shortage of drinking water.

Many experts believe that the excessive building of dams, inattention to optimal water use in agriculture, excessive use of renewable water resources, land subsidence, and drying of lakes, would all lead to destructive consequences and subsequently, even more suffering for people.

For the past while, many village residents have left Iran’s eastern regions (especially Sistan and Baluchestan) and migrated to the rural areas of other cities (which themselves, will soon be included in the “national water crisis” due to the increasing population and water use).