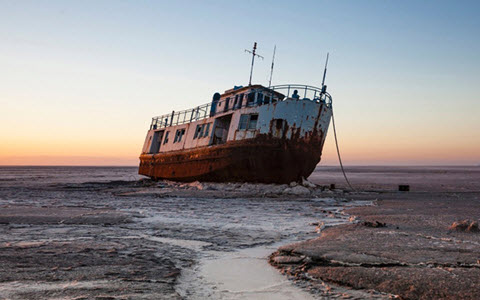 NCRI – The Iranian MP, Rouhollah Hazratpour in an interview with the state-run media on June 5, 2017, stated, “The statistics revealed on Lake Urmia totally differ from what the inhabitants experience in the largest desertification center of the country.”

Rouhollah Hazratpour expressed concern about this issue as well as its potentiality to become a security crisis for the regime. He added, “I want to notify Majlis (the Iranian Parliament) of a major crisis that has endangered the lives of more than 12 million people. How do the officials report on the process of drying Lake Urmia while its size changed from 2517 square kilometer in July 2016 to 2288 square kilometer in July of this year?”

Previous articleIran: The Average Age of Addiction in Women Decreased
Next articleThe State Welfare Organization of Iran: We Cannot Afford to Keep 3000 Orphans!