Iran Regime’s Filtering Committee: 30% of Free and Active Telegram Channels Are Against the National Security 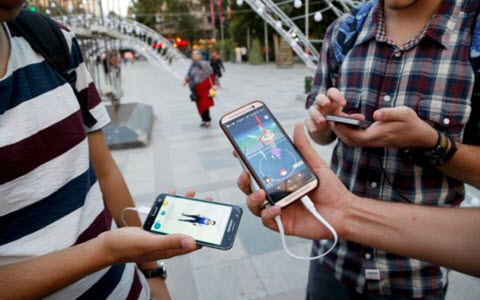 NCRI – The Secretary of Iran’s Filtering Committee announced the discovery of 40 thousand Telegram channels working against the regime; stating that 8 thousand of them have not been blocked yet.

According to the state-run Mehr News, Abdulsamad Khoramabadi in an interview with the Deputy Minister of Communication, Mohammad Javad Azari Jahromi talked of the state of cyberspace and the filtering policy on social networks. He stated that more than 30% of the criminal channels are actively against the national security of the country.

The Deputy Attorney General of the regime pointed out that many criminal channels have been identified in the cyberspace; adding that, “We report all these channels to the Ministry of Intelligence on a daily basis. Therefore, this Ministry sends these channels to related authorities in order to be blocked.”

The Secretary of Iran’s Filtering Committee stipulated that more than two-thirds of cyberspace is used for illegal acts; admitting that, “Many cyberspace bases are not under our control.”
He added,” we have identified 8 thousand criminal open channels and reported them to the Ministry of Intelligence. These channels are actively working against the national security, public morality and the sanctity of the regime.”

Abdolsamad Khoramabadi stated that the Ministry of Intelligence should warn the administrators about blocking these channels. He added, “Telegram does not approve our request and therefore no action has been taken in this regard. We do not say that the cyberspace has been abandoned. Nevertheless, much of the country’s cyberspace is uncontrollable.”

The Secretary of Iran’s Filtering Committee in response to the question that, “How the criminal channels are detected?” stated, “We have an electronic system by which we identify the channels and report them to the Ministry of Intelligence.”

30% of Channels Working Against the National Security of the Country

Khoramabadi also referred to the activities of the Mujahedeen (PMOI/MEK) in this field, acknowledging that, “The PMOI (MEK) is operating its channels easily despite the fact that it is not allowed to publish a book against the regime and revolution in the country. However, the enemies of the Islamic Republic pass the anti-regime contents to people online and no one will stop them.”

This regime’s agent at the end referred to 30% criminal channels and said that, “However, the Ministry of Communication announced that Telegram Company does not execute our orders.”